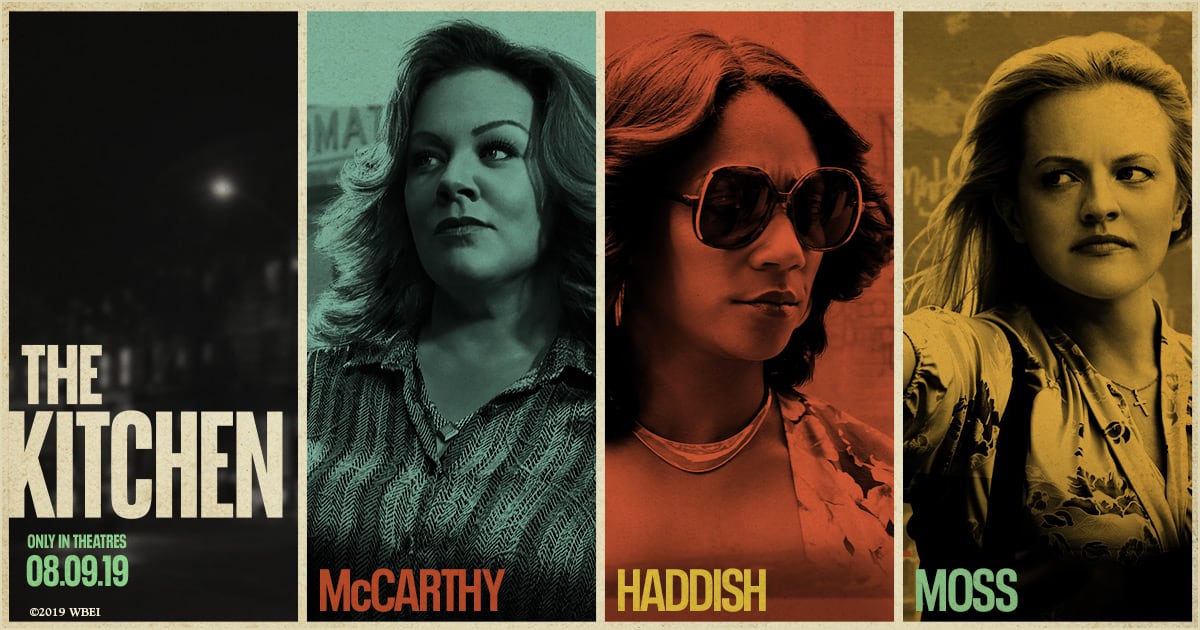 The Kitchen is the gritty, female-driven mob drama we’ve been waiting for our entire lives, and it boasts the ultimate dream team. Written and directed by Andrea Berloff, who was nominated for an Oscar for the original Straight Outta Compton screenplay, The Kitchen stars Melissa McCarthy (Bridesmaids, Can You Ever Forgive Me?), Tiffany Haddish (Girls Trip) and Elisabeth Moss (The Handmaid’s Tale) as three 1978 Hell’s Kitchen housewives whose mobster husbands are sent to prison by the FBI. Left with little but a sharp axe to grind, these ladies take the Irish mafia’s matters into their own hands, proving to be unexpectedly adept at everything from running the rackets to taking out the competition…literally.

THIS CAST. THIS PREMISE. THIS NYC ERA. WE HONESTLY COULDN’T BE MORE EXCITED FOR THE RELEASE OF THIS FILM! Without a doubt, The Kitchen is our most anticipated theatre release this summer, and that’s why we’ve partnered with Warner Bros. to offer passes to the advance screening, happening August 7 in theatres across Canada. We know that as soon as you see the trailer, you’ll be as pumped as we are.

We’ve got passes for screenings in Toronto, Vancouver, Montreal, Ottawa, Edmonton, Calgary, Winnipeg & Halifax! You have three ways to enter to win a double pass:

Screenings will be happening August 7 at 7:00 p.m. Contest winners will be notified on Tuesday, July 23 by 12:00 p.m. EST. Information on theatre location in each city will be shared that same day.

The Kitchen opens in theatres everywhere on August 9. Watch the trailer now.