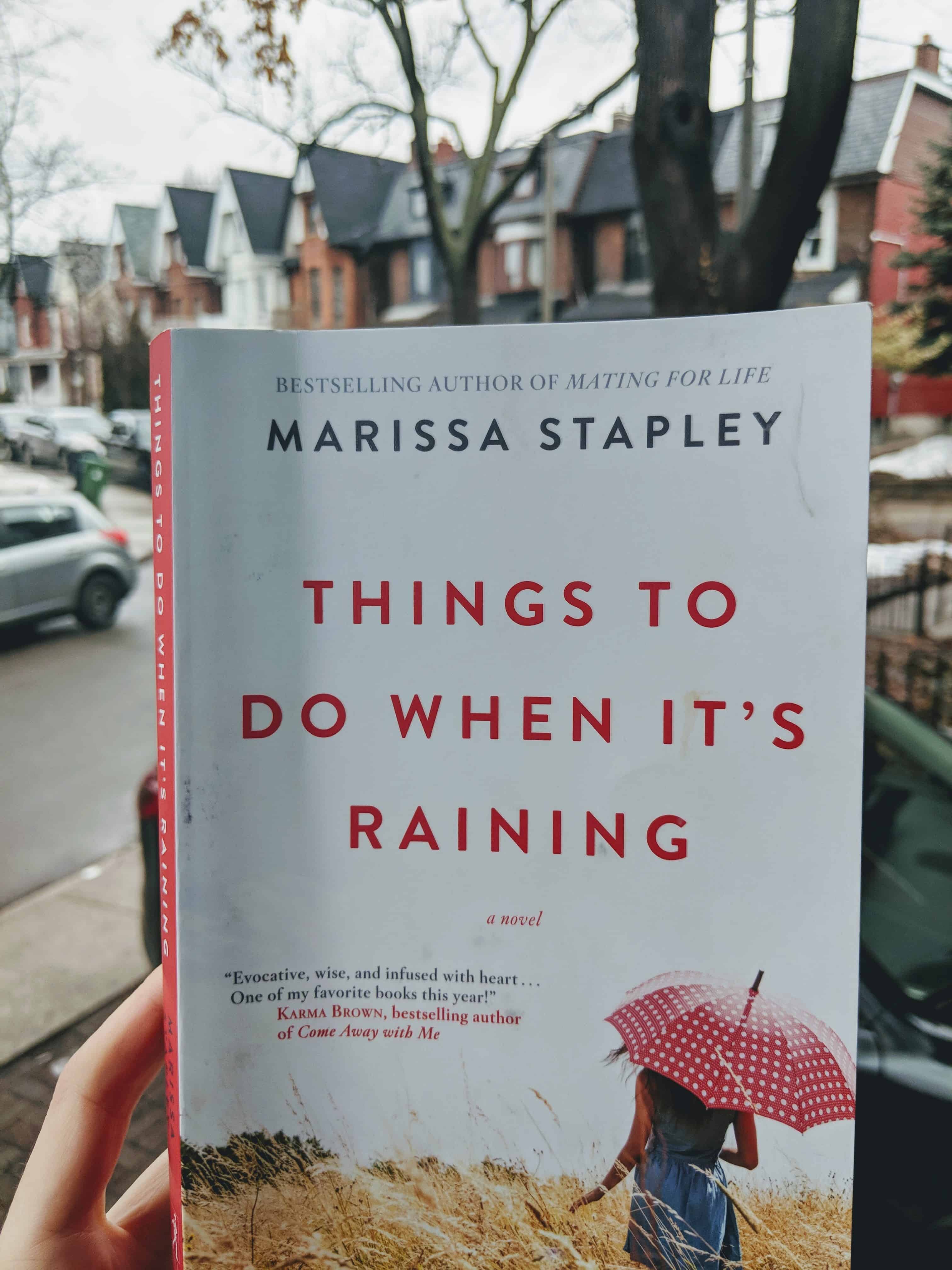 Contest: Enter To Win a Copy of Marissa Stapley’s Beautiful New Novel: Things To Do When It’s Raining

The second title in our Simon & Schuster x Shedoesthecity book club is a breathtaking page turner by Globe and Mail bestselling author Marissa Stapley. We became enchanted with Marissa’s writing while devouring her first novel, Mating For Life, and our love has deepened since beginning her latest spellbinder, Things To Do When It’s Raining. Get cozy, because once you pick this one up, you won’t put it down.

Mae Summers and Gabe Broadbent grew up together in the idyllic Summers’ Inn, perched at the edge of the St. Lawrence River. Mae was orphaned at the age of six and Gabe needed protection from his alcoholic father, so both were raised under one roof by Mae’s grandparents, Lily and George. A childhood friendship eventually developed into a first love—a love that was suddenly broken by Gabe’s unexpected departure. Mae grew up and got over her heartbreak and started a life for herself in New York City.

After more than a decade, Mae and Gabe find themselves pulled back to the Summers’ Inn by separate forces. Hoping to find solace there, Mae instead finds her grandparents in the midst of decline and their past unravelling around her. A lifetime of secrets that implicate Gabe and Mae’s family reveal a version of the past that will forever change Mae’s future.

Critics are raving about Things To Do When It’s Raining. We think author and journalist Elizabeth Renzetti’s quote sums it up best: “A haunting, gripping novel about family secrets and love lost and found.” So, who wants one?

We’ve got a stack of copies we’re giving away to readers who would like to share their thoughts on the book. Winners of the contest will each get to submit a short review of Things To Do When It’s Raining (not an essay, just some feedback) that we will publish on SDTC at a later date. If you’re psyched about sharing your thoughts AND winning a complimentary copy, you’ve got three ways to enter our contest!