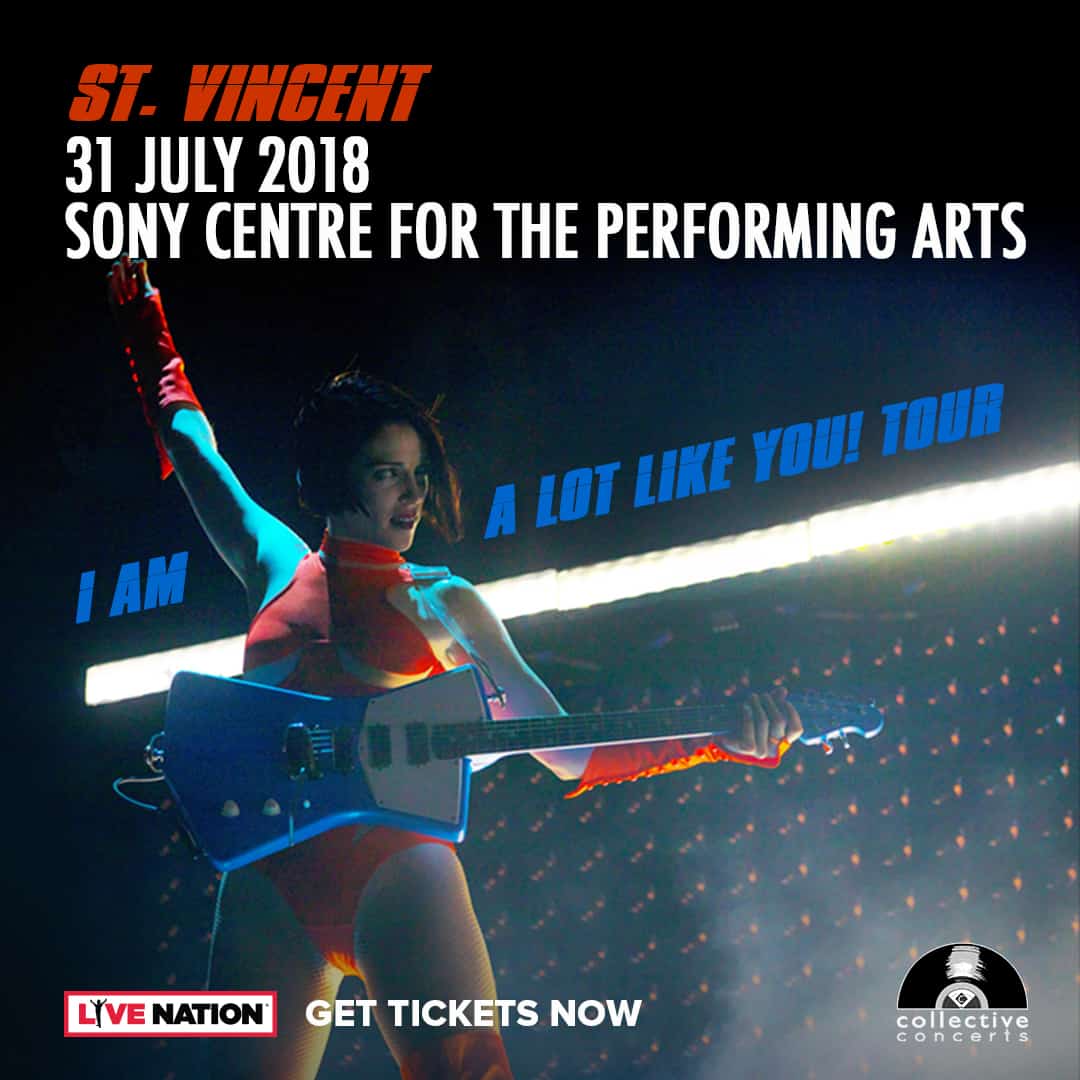 We fell hard for St. Vincent back in 2007 when her debut album, Marry Me, became our Saturday night get ready soundtrack. Since then, we’ve been continually wowed by her incredible talents, which hit an all-time peak when we first listened to eponymous St Vincent, or her fourth solo album that took the world by storm, earning her a Grammy for Best Alternative Album as well as international praise from music critics and fans alike. The Guardian was one of many media outlets to award it with the title of Best Album of the Year.

So, with all that said, you could say we’re still completely smitten with Ms. Anne Clark and cannot wait to sway and shake to her soulful electro-pop sounds at Sony Centre next week. We think you’ll wanna, too.

You have two ways to enter to win a pair of tickets:

Twitter: Tweet: “YESSSSS @shedoesthecity @LiveNationON, I’ve been a longtime fan of @St_Vincent! Please send me two tix to the show next Tuesday at @sonycentre!”