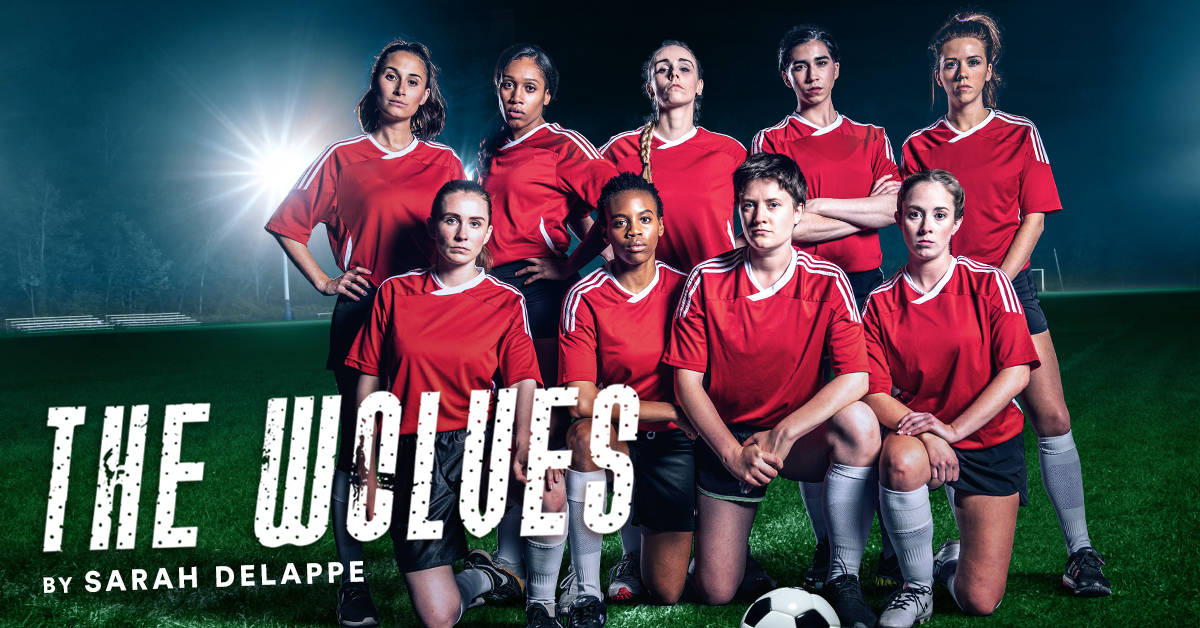 Powerful, nuanced, intelligent, exhilarating: The Howland Company and Crow’s Theatre are thrilled to open the 2018/2019 season with the Toronto premiere of Sarah DeLappe’s Pulitzer Prize finalist play, The Wolves. And we are thrilled to offer you tickets.

When you think back to your teen years, when did the real learning happen? The poignant moments when you suddenly saw everything a little differently, or began to feel seen and understood? The Wolves will take you back to your adolescence and throw you into the soccer field, where nine girls are warming up. While stretching their legs, they push ideas around, trying to make sense of the complicated world and their place in it.

“The writing is so sharp that as I watched, I felt a nostalgia for memories I don’t even have,” writes Lee Seymour of Forbes magazine. Over the last few years, we’ve heard an awful lot about “locker room talk” when it comes to boys and men, but what about young girls? In 2016, The New York Times awarded The Wolves as one of the best 25 plays in the last 25 years, and a lot of that has to do with how accurately the writing captures this moment in time, when we are on the cusp of self-discovery, as well as the exploration of the intersection of sports and development, and the art that is created through physical movement.

If you’ve been waiting for a play that will rock you and fill you with invigorating energy to take on the world, this is it. “I found The Wolves two years ago on the New Play Exchange List (a collection of new plays that seeks to promote exceptional female writers) and began working tirelessly to secure the rights and funding to bring it to Toronto,” says Howland Company Founding Artist Ruth Goodwin. We’re so glad she did, and we can’t wait for you to see it.

Here’s how to enter:

We will be choosing three winners on Thursday, October 4. Tickets are for select dates during opening week and are valid October 9, 10 or 13.

*Since 1991, men have worn white ribbons as a pledge to never commit, condone or remain silent about violence against women and girls. Every Rally ActiveTM item is marked with a discreet white tag to identify you as a supporter of the cause. Rally Active is committed to helping White Ribbon by donating a portion of all sales.

**White Ribbon is the world’s largest movement of men and boys working to end violence against women and girls. We believe that men can be part of the solution and part of a future that is safe and equitable for people of all genders.  Visit www.whiteribbon.ca for more info.