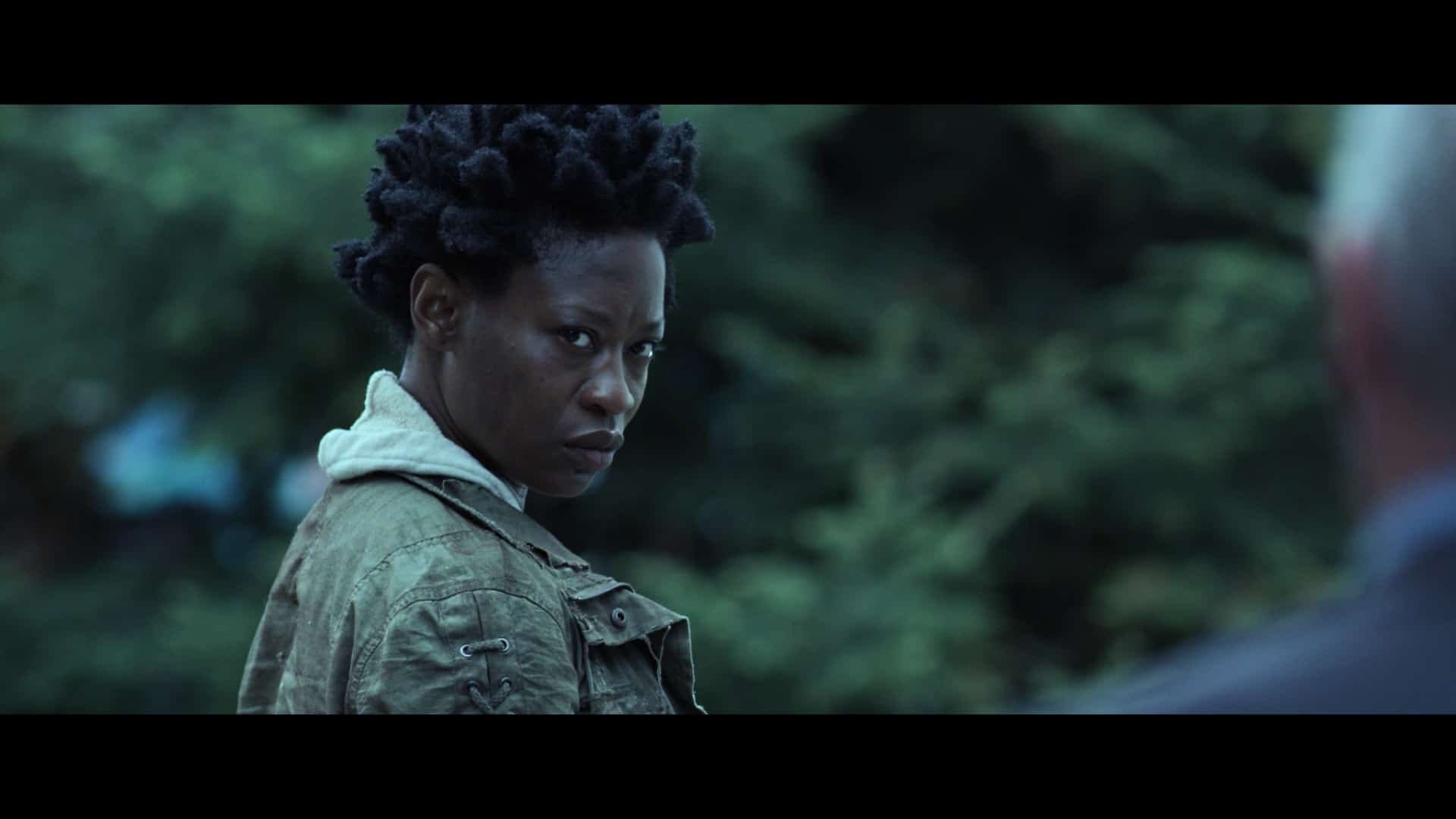 CONTEST: We Want To Send You To The Opening Night Of Scary AF Feminist Horror Flick ‘She Never Died’

Posted on December 3, 2019
Audrey Cumming’s third horror film is her best yet. A festival favourite, She Never Died is a follow-up to the cult-hit He Never Died, and Toronto’s phenomenal Oluniké Adeliyi delivers a chilling performance as Lacey, killer of bad guys. She’s hungry, carnivorous, and will fuck you up.
An official selection at Grimmfest, Screamfest, Blood in the Snow, New York City Horror Film Fest, and many more, She Never Died will satisfy discerning horror fans everywhere. And if all the attention is any indication, Cumming is quickly becoming Canada’s most buzzworthy horror filmmaker.
In the film, Lacey is a socially detached loner cursed with immortality (and the never-ending tedium of existence).  In her attempts to keep her cannibalistic compulsions in check, she seeks out the darkest souls humanity has to offer—and faces her inner demons while simultaneously finding her next meal.
In a genre where women are often cast as the victim, She Never Died is a refreshing, albeit T-E-R-R-I-F-Y-I-N-G, flip of the script. We think this recent quote from Pophorror.com captures the energy that both Audrey Cummings and Oluniké Adeliyi bring to the film, “…a bold, action horror film that feels beyond appropriate for the day and age in which it’s been made. From start to finish, She Never Died is a concise, high-octane work of entertainment.” We wholeheartedly agree.
During this holiday season, where most things are about warm & fuzzy feelings of comfort and joy, we’d like to scare you shitless and leave you trembling in your seat. You down?
Enter to win tickets to opening night this Friday, December 6!
On Twitter, tweet, “Yes @shedoesthecity, I’ll skip the Hallmark holiday special. Instead, please send me to #SheNeverDied. I love a feminist horror film that flips the script, and this looks deliciously terrifying.”
LIKE + COMMENT on our SHE NEVER DIED Instagram and Facebook posts.
She Never Died opens in select theatres on December 6. Watch the trailer now.