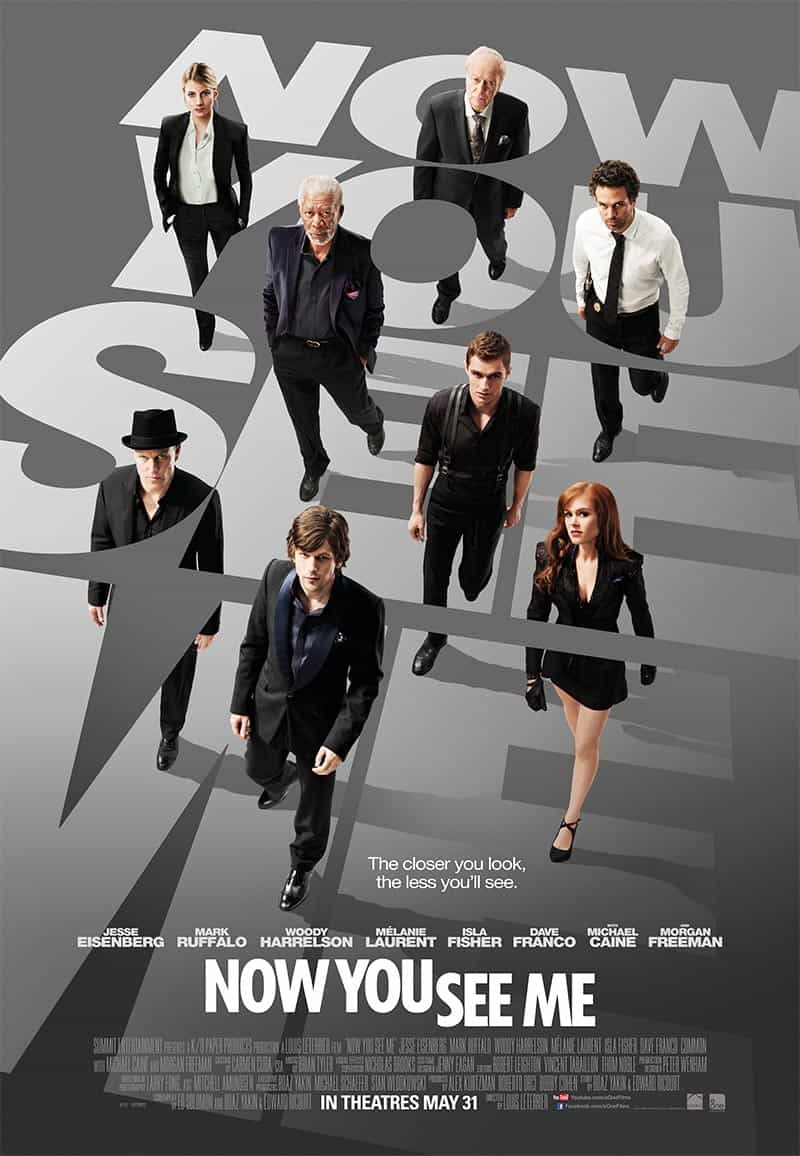 Contest! Win tickets to the Red Carpet Premiere of NOW YOU SEE ME

Have you seen the trailer yet? We are super excited for Now You See Me and want to send ten readers a double pass to the red carpet premiere on Wednesday May 29th! This film is the most anticipated blockbuster of the season and although we say who, talent will be in attendance at the premiere. (Trust us, you’ll want to be there.)

Starring an amazing cast including Jesse Eisenberg, Mark Ruffalo, Woody Harrelson, Isla Fisher, Dave Franco, Michael Cain and Morgan Freeman, Now You See Me pits an elite FBI squad in a game of cat and mouse against “The Four Horsemen”, a super-team of the world’s greatest illusionists.  “The Four Horsemane” pull off a series of daring heists against corrupt business leaders during their performances, showering the stolen profits on their audiences while staying one step ahead of the law.

Tweet: “Hey @shedoesthecity, I would love to attend the red carpet premiere of #NowYouSeeMe!“
Winners will be selected on May 24 by 1pm EST.

In theatres everywhere May 31. Watch the trailer now.