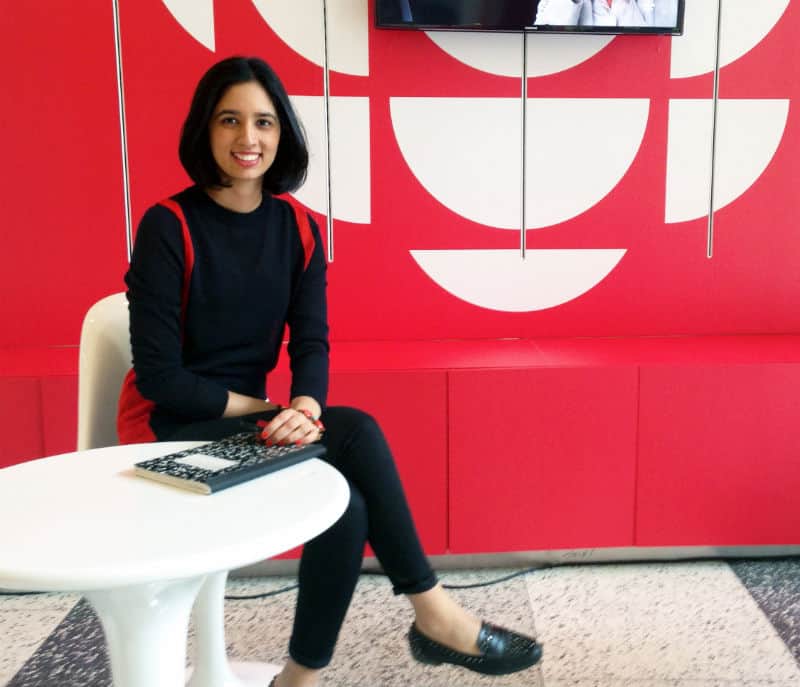 "I get to work with interesting and famous people, which is a cool deal. I keep a lot of secrets."

What did you study at school?
I studied English and Book & Media Studies at U of T.

What jobs/internships did you hold before the CBC? When did you first start working at CBC?
I started working at CBC in 2011. When I was in my undergrad I interned at a few publications and agencies, which gave me great experience in communications and production. Once I graduated I worked mostly in the fashion industry in events and publicity until I got an opportunity to work at the CBC, which was a no-brainer. I love Canadian content more than anything.

How did you get into your current role?
I worked as a publicity coordinator for talent in CBC Communications for about a year, which helped me realize that working in television with talent is a combination of a lot of different things I’m passionate about. I joined the CBC Live Events production team in 2012 , and I’ve been talent producing on award shows since then. In addition to the Canadian Screen Awards, I’ve worked on the Giller Prize and the Canadian Country Music Association Awards.

What are your responsibilities as Talent Producer?
My main role is to chase, produce and book our broadcast talent and oversee their logistics. I work with our show execs, broadcast partners and production team on everything from vision and strategy down to the nitty-gritty scheduling details. During the show I’m backstage on headset calling talent cues to wranglers and runners, making sure everyone is where they need to be. I get to work with interesting and famous people, which is a cool deal. I keep a lot of secrets.

How are you preparing for the Canadian Screen Awards right now?
The show is in ten days, so things are pretty hectic. The talent team is busy working on call sheets, red carpet schedules and ironing out all the last minute details. It’s highly organized chaos.

What is your advice to a recent grad who seeks employment in television or radio arts?
My advice is to go for it! Television is an exciting place full of possibilities. Pursue whatever part of the industry you find interesting by taking any opportunity you can to be a part of it. Once you get there, seek out mentors and learn as much as you can every day. And be prepared to work hard.

What’s your favourite program on CBC?
There are so many great programs on CBC. I’m a huge radio person —I listen to CBC Radio One during the day and Radio 2 in the evening.

Your three tips for succeeding, and being a great team player, in this industry:
Be persistent, positive and resourceful.

What do you love most about your job?
Honestly, the best thing about my job is getting to work at the CBC. It’s a huge honour to be a part of this broadcaster among so many of my heroes. I love being on a team with dynamic and creative people who support and encourage one another. And sometimes, my crazy ideas make it to television. I feel pretty lucky.