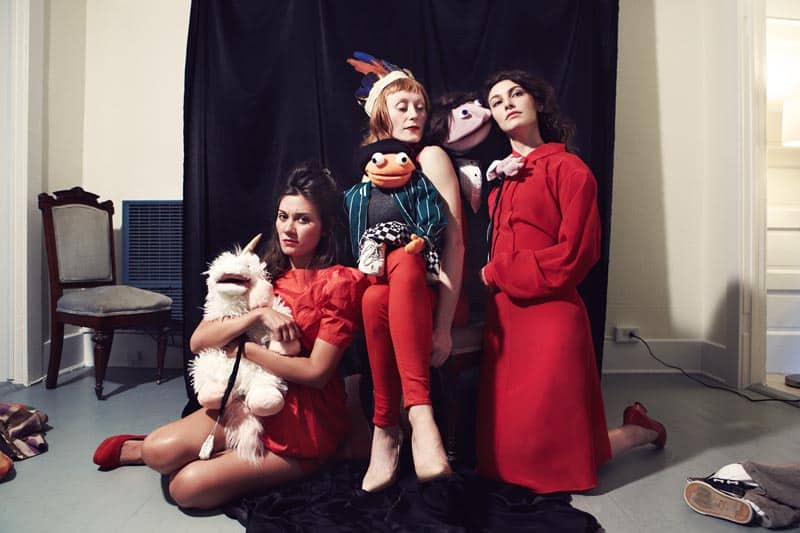 Guys, it’s time to do something totally different during TIFF. Let’s rent out a loft, host an online festival for short films about periods, and have a raging dance party to raise money for Huru International. Seriously!

From a vodka party on the secret Bay Street platform to rubbing shoulders with George Clooney at a Bridle Path mansion, I’ve hit a lot of TIFF parties over the years. A dozen or so stick out as creative, cool, and crazy, but many of them kind of fall into two piles: nauseatingly obnoxious or completely forgettable. So when the innovative women behind Crankytown got in touch to see if Shedoesthecity would partner with them to throw a Crankyfest party during TIFF, I said, “HELL YEAH!” I like things that are interesting, different, and benefit those in need. I mean, who doesn’t?

Started by Canadian actresses Liane Balaban and Vanessa Matsui and costume designer Jenna Wright, Crankytown is an organization that educates girls and women about their period in the most fun way while also helping to raise money to help supply sanitary products to girls in need.

They’ve made a short starring Jay Baruchel to get you inspired to make your own Crankyfest film. Check out last year’s winner by Laura Maxwell called FIRST!

On Sept 13, we will host a party to celebrate the launch of Crankyfest: An online film festival for shorts about periods. And we want to invite 10 readers to attend with a plus one!

When: Sept. 13, 9pm
What to Wear: Red carpet attire
Where: Secret loft location which will be revealed to contest winners

Enter to win by liking the Crankytown Facebook page AND tweeting, “Hey @shedoesthecity, send me to @Crankytown #Crankyfest. I want to dance at a period party!”

Winners will be notified by Sept. 11.