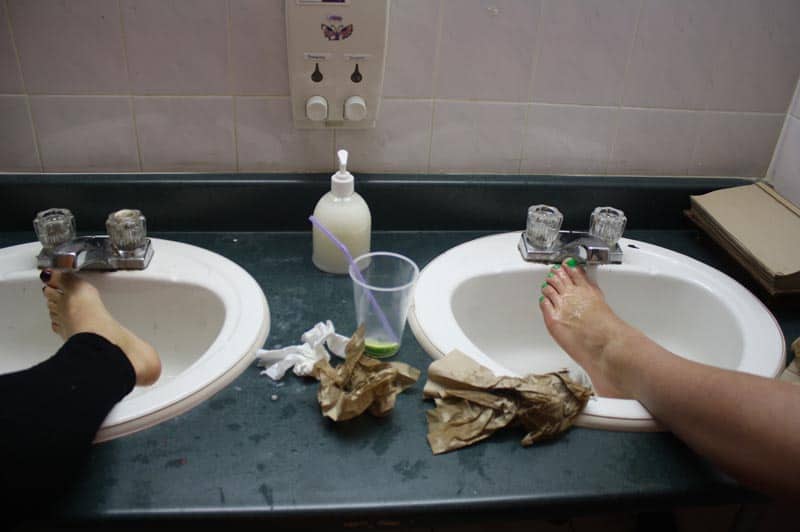 "Nothing says innocence more than a no-shoes-allowed, sand-covered dance floor"

Crowd Review: The Southern Oracle at May Cafe Saturday, January 5, 2013

When Jen suggested I cover ‘The Southern Oracle’ event for Crowd Review I was like: “ ’90’s RAVE meets POSTMODERN ANGST meets YOUR CHILDHOOD!!!’? Sure!” My childhood was spent watching Black Adderand spying on construction workers while using a troll doll for kissing practise. Maybe I want to do those things again. But the invitation was probably referring instead to abstract things like imagination, acceptance and innocence. And nothing says innocence more than a no-shoes-allowed, sand-covered dance floor… I had to go.

You know when children learn to start dressing themselves and because they wear whatever the fuck they want they end up looking freaky fantastic? That was basically the night’s fashion theme. Many of the attendees didn’t want to wear anything except nipple pasties and body paint. Others found the weirdest clothing they could, bejewelled it and walked around looking nonchalantly fabulous. Anything and everything was worn: I saw a Mickey Mouse faux fur coat, a muscle and bone body suit, and something that looked an awful lot like a high waisted janitor’s uniform. Lots and lots of facial rhinestones too. Guys, I’m always going on about how 90s grunge is back and everyone needs to buy black lipstick and go bleach their hair but I am wrong. If this party was any indication of anything, then we’re going full 90s GLAM. Everyone needs to go bedazzle their leather backpacks right now. Sequins for all! 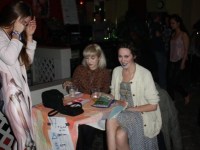 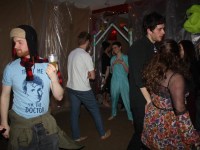 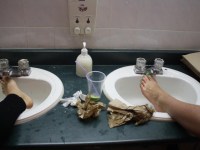 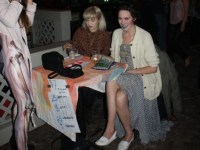 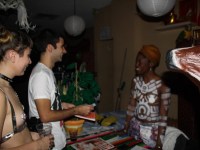 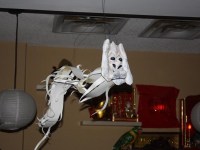 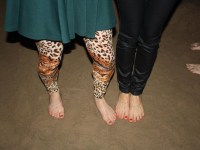 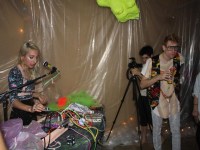 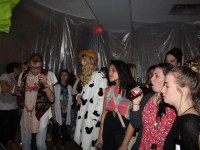 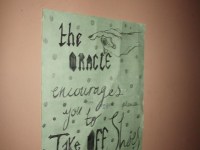 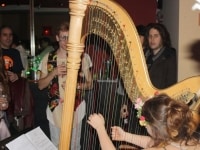 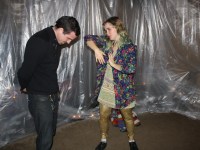 Fantastical fashion aside, I want to relay the full experience to you and must say that the full experience involved smelling a lot of other people’s body odour. It wasn’t bothersome, it was just there and now you know. And maybe I like the smell? No. probably I don’t. But it was actually kind of refreshing (mentally, not olfactorily, no duh)… an example of the crowd’s accepting, relaxed nature. Come as you are, smell as you are.

The crowd that gathered to watch Petra Glynt’s set was a bit sedentary, digging their feet in the sand, but fully engaged in her act. Johanna Weinholts’ classical hip hop harp performance was the same. It was an acoustic set and people gently shhh-ed each other until the space was silent. The atmosphere was positive and welcoming. There was a feeling of imagination and exploration induced by the art, music, lighting and dance cave… And while washing my feet off in the sink downstairs after a sandy dance party with a bunch of strangers I felt pretty happy to have shared the experience with them. It was just a great group of happy, expressive adultkids ready to dance, sing and play in the sandbox together.