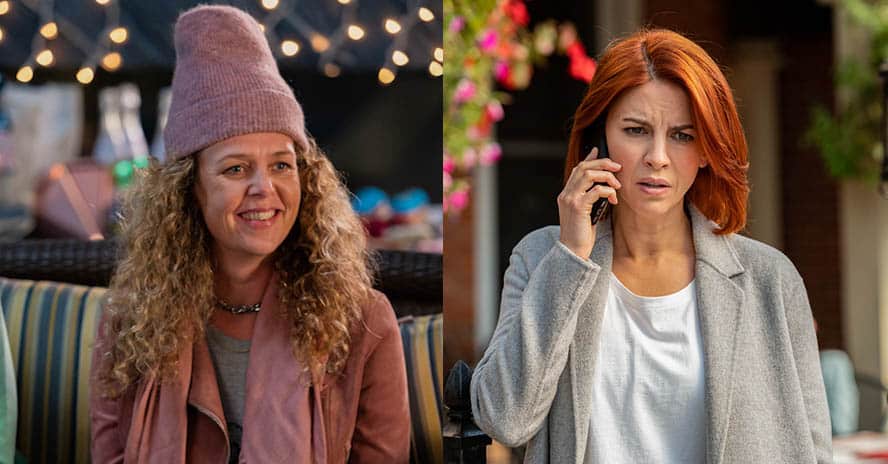 From the get-go, Workin’ Moms has always asked the question: can mothers have it all? And repeatedly answered it in every episode: sometimes, but sometimes not so much.

It was the first series that dared to show the complicated feelings and tough decisions that come with motherhood, while also revealing the behind-the-scenes pandemonium (that was missing on both mainstream and social media). It has been the source of much laughter, and has also made Moms feel less alone. Along the way, we’ve fallen for Kate, Anne, Jenny, & Frankie—enjoying their quirks, eccentricities, and outbursts.

In pre-pandemic times, the juggle was hard—with more days than not feeling like we failed something (our kids, our partners, our work, our selves), but the load we’ve been tasked with for the past eleven months has added unimaginable pressures.

Most of us hit burnout stage last April, and many have been forced (it’s not a choice) to prioritize work to pay the bills, or give up work to care for kids. Even on beautiful days this year, where we’ve found joy in simple things, there is a pressing weight of anxiety resting on our shoulders: Will we get the virus while picking up groceries? Is my child’s mental health suffering? How secure is my job? Are the schools safe? At times, it feels too heavy to bear.

While relatable, the plot lines in Workin’ Moms have always been far fetched (it is a comedy after all), but no writer could have dreamt up a more bizarre or frightening episode than the life chapter we’re currently living through.

How would Kate, Anne, Jenny and Frankie handle this current state? Imagining their reactions makes for fun escapism. But even more so, we’re interested in how the actors—who are mothers in real life—are coping.

Like the characters they play Dani Kind (Anne) and Juno Rinaldi (Frankie) are both straight shooters. In advance of the premiere of Season 5 tonight, we caught up with them for some mom-to-mom real talk.

What do you think the biggest lesson is that Workin’ Moms has taught you, or reinforced?

DK: That you can mother in any damn way you need to for your kid and for your sanity.

JR: As an actor there is always this fear that I’m not good enough, or there won’t be enough work, or I will never be hired again, or…the list goes on. Workin’ Moms has really taught me to trust in my ability as an actor and as a person, and that there is always enough.

How are you coping right now? And what’s been helping?

DK: This isn’t easy. My kids are staring at screens, I feel (self inflicted) pressure to make sure they are growing academically and I have no idea how to do that. I hate going to the park every day but know how badly they need to run it out. But also, there’s a pressure from my job that has been lifted. Even though my industry is up and running, it doesn’t feel the same. This time with my kids feels so unique and like I’ll never get it again. We aren’t rushing through school pick ups/dinner/bedtime routines… there’s time. This pandemic has been awful and also the strangest gift I never knew I needed.

JR: Probably like everyone else. As the late John Prine says “ Up one day, the next you’re down it’s a half a drink of water when you think you’re gonna drown. That’s the way that the world goes round.” And as cliche as it sounds I started meditating (cue the eye roll). Honestly, it has saved me. It came at the perfect time and has really really really helped me and my family through this crazy time.

What’s a conversation that Workin’ Moms has sparked, that you’ve had several times since the first season?

DK: For me, the topic of abortion. Learning the difference of how it is portrayed in the media and what the truth of it is. The high percentage of women that actually get abortions are married women with kids. The way abortion has been represented is a real one dimensional black or white thing and paints women in an awful light.

JR: The biggest feedback I get is how this show has really helped new mother’s “through”. That they feel “seen” and “heard”. That, and “Where can we buy Anne’s wardrobe?”

What excites you most about the new season?

DK: Seeing how it all comes together! I usually get to see the full episodes when it airs like everyone else. I know how it feels to shoot it, but seeing how they piece it all together is so exciting for me each year. Anne is really out of her element this season, so playing that storyline felt unnerving. I get really excited to learn something new about Anne each season and this year I learned a ton!

JR: There is a big “holy sh#$t moment” for Frankie. It was a really exciting, scary, thrilling scene to shoot!

Finish this sentence: “Being a mother during the pandemic is…..”

DK: A kind of slow torture I never knew existed and also a realization of some strengths I didn’t know I had.

JR: Like carrying the present and future emotional wellbeing of my children around like a 75lb backpack 24/7.