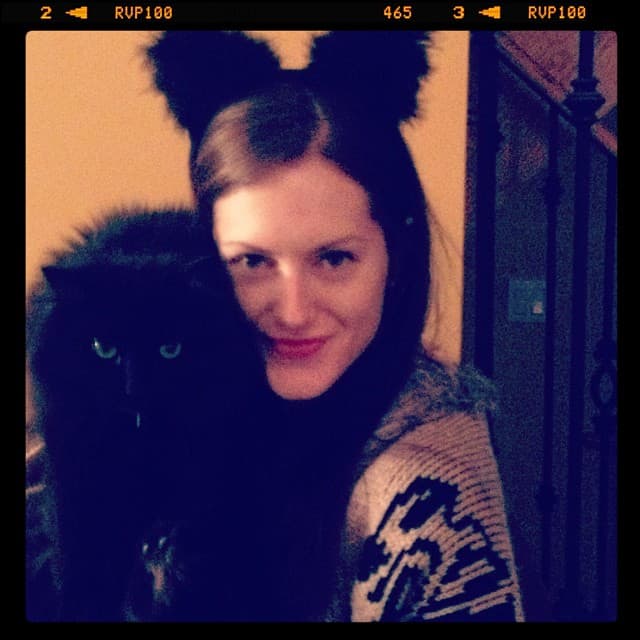 How To Deal With a Copycat

I’m inspired by so much awesomeness in the world: Danielle LaPorte’s blog, Mindy Kaling’s everything, the clothes Angelina Jolie wore in The Tourist, Taylor Swift’s ability to shake things off, the righteous mac ‘n cheese I ate yesterday.

But there’s a big difference between being inspired by someone to get your inner juju and creative juices flowing, and flat-out copying someone’s shizz.

Take a former co-worker of mine. When she met me on her first day, she commented on my haircut. Within 24 hours, she had transformed her long, orange-hued hair into a mid-length, black-haired style with bangs—my look at the time.

When I first saw her, I was shocked. I was able to squeak out, “Nice haircut.” She replied, “Oh, thanks. I guess we have similar hair now.” If “similar” means “EXACT SAME,” then, yes. Yes, we do. (Can you imagine how Jennifer Aniston felt in the ‘90s?).

Then there was Melanie. Melanie is a former friend of mine. Prior to our breakup, she ragged on me for my lifestyle. She felt that we didn’t have much in common: she wasn’t a writer, she didn’t like to drink, she didn’t like Toronto, she didn’t like tattoos. Basically, whatever I liked, she didn’t. A couple of years ago, I found Melanie on Twitter and discovered that, apparently, she now sung a very different tune. She posted about drinking (even her Twitter background featured bottles of booze), she tweeted that she loved Toronto, she talked about how excited she was to get her first tattoo, and the kicker? She said she was writing a book! Who was this person? It didn’t sound like the Melanie I knew—but it did sound a lot like me.

Here’s why these instances bothered me: they felt like identity theft. I think it’s safe to say that we’re all trying to matter in this big ol’ world of ours. For the most part, we all want to leave our own, wonderfully unique mark. I know I do.  So when it seems like someone is creating a forgery of your work/life/look rather than making her own masterpiece, it feels intrusive and majorly yucky.

At the same time, I get it. When I’ve felt lost or bored, I would look to that friend in my life—the one who seemed to be having the most fun, the one who was laughing the most, living the most—see what was working for them, and then try to emulate her special thang.

I didn’t approach those women about their copy-catting ways, but here’s what I would suggest if you encounter something similar:

I believe we all have something to offer that’s distinctive and delicious and that there’s room for all of us at the table. But just because something tastes good to someone else doesn’t mean it’ll taste as good, or the same, to you. Take a bite and decide for yourself.  Dare to try something different. On the flip side, don’t be afraid to share the good stuff. And if someone brings the same dish to the pot luck, remember, it won’t have the exact same flavor.