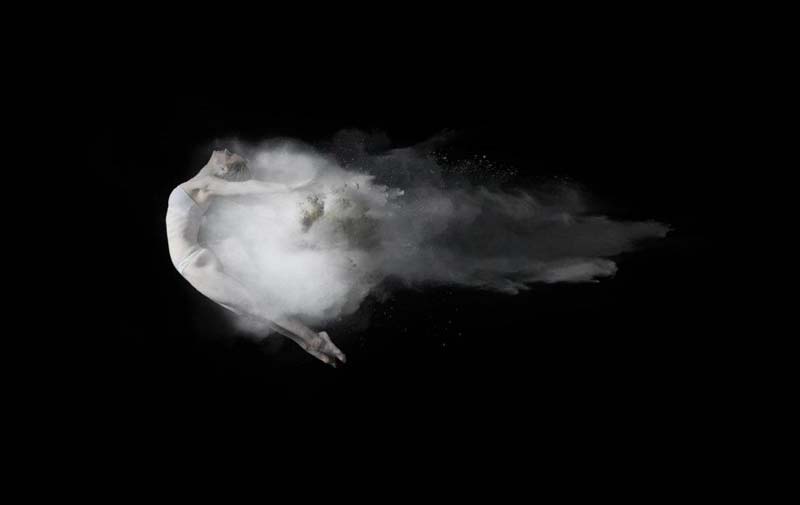 “This is not an after-school special,” Wozniak says. “I want to show all sides of drug use."

Desiraeda Dance Theatre’s new show, Wake of the Fallen, a raw and moving exploration of mental health and addiction, is the company’s most ambitious project to date

From March 27th to the 30th, 2013, Desiraeda Dance Theatre, a young contemporary dance company founded in 2007, will perform its first full-length show in two years, Wake of the Fallen, at the Winchester St. Theatre. (80 Winchester St.) Pssst: We suggest you don’t miss it.

A show that explores the intense, abstruse themes of mental health and addiction, Wake of the Fallen tells the story of a couple under the unrelenting grip of substance abuse. The show begins with the two already heavily addicted and their back-story unravels from there. The ensemble plays a mix of characters, moods, and interpretations of the drug’s effects in and on the body. It’s an emotional—and very athletic—exploration of the oftentimes inherent darkness and sadness of the human condition. However, according to Niki Wozniak, co-founder and artistic director of Desiraeda, the story is told from a non-judgmental perspective. “This is not an after-school special,” she says. “I want to show all sides of drug use; the euphoria and pleasure people experience, the escape it brings, as well as the ways in which it can tear your life apart.”

An up-and-coming company, Desiraeda blends theatre and dance in its edgy, affecting works, with the intention of inspiring deep thought, emotion and excitement in its audience. So the idea of creating a show around a subject as serious as mental health and addiction was something that really resonated.

A friend suggested the idea of a show about addiction to Wozniak and it quickly grew into her passion project. “As soon as [my friend] mentioned it all of these ideas started forming and I knew the subject was something I could really sink my teeth into. Once I started researching and interviewing recovered addicts, the show became about so much more than just addiction. It’s also about overcoming past traumatic experiences, mental illness, love.”

Co-produced by Danceworks/Co-Works, Wake of the Fallen is the first full-length dance show for Wozniak, with no words, lyrics or set. The entire story is told through dance alone, which Wozniak prefers, as she wants the audience to understand the story through the feelings they have when watching it, not by what they are shown or told. It is also the first time Wozniak has collaborated with a composer to create music for a full show. The score, by composer Alex Coleman, is over an hour long and is comprised of different styles of music and soundscape (electronic, electric guitar, strings, piano, choral music). “I’m greatly influenced by music in my choreography. I rarely start creating without it. It may change as it develops but it is a huge part of my inspiration. [When working with Alex] I will describe a scene to him and he’ll write the music as he feels it. Sometimes I’m more descriptive about what I want and sometimes he surprises me with something I would not have imagined and it brings out something completely new in the scene.”

Wake of the Fallen is Desiraeda’s, and Wozniak’s, most ambitious project to date. The dancers—Laura Ovcjak, Tyler Gledhill, Matthew Montgomery, Kiri Figueiredo, Ryan Lee, Tyler Evan Webb and Caroline Sawyer—come from a wide variety of dance backgrounds, having trained and performed across North America and Europe. Wozniak herself has trained and performed in Saskatchewan (her home province), Toronto, Montreal and New York. This is the largest cast she’s worked with, and with original music, passionate dancers, a powerful subject and a budget that’s three times that of her last show, Wozniak is incredibly proud of the final product. “I’ve fought tooth and nail to do the show on my terms and it’s all coming together with the help of family, donors, friends, supporters, and often working seven days a week, plus rehearsals, to make it happen. I’m overwhelmed by the support I’ve received and I’m so grateful and proud of what we are accomplishing together.”

For more info on Desiraeda Dance Theatre, including cast and previous works: desiraeda.com