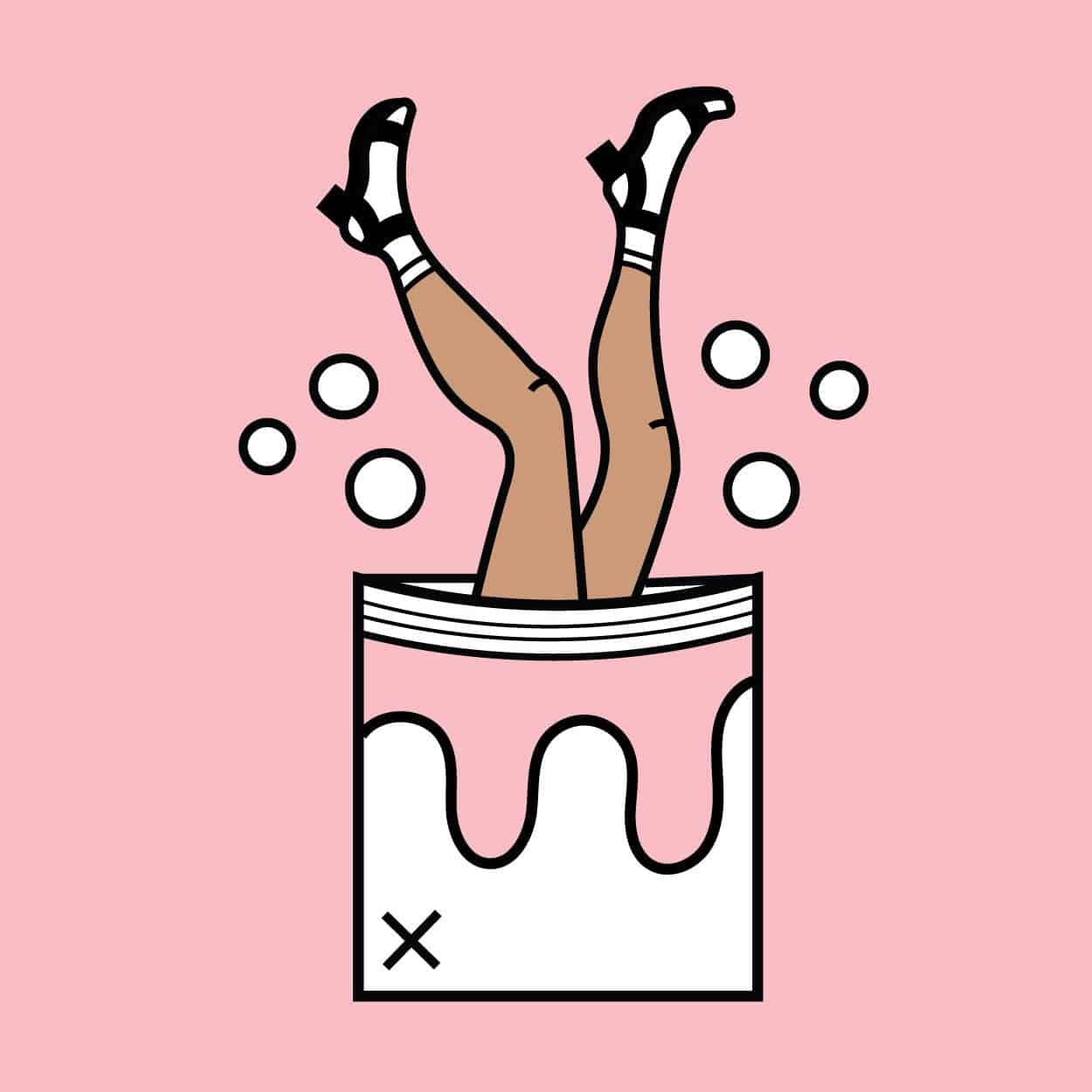 Don’t Invite Me to the Music Festival

I like supporting artists, smoking joints and singin’ good ol’ kumbaya. There’s camping, close pals, live music and drugs galore. Knock on wood, I’ve yet to overdose; so everything has been pretty groovy up until now. So what’s the big problem? Festivals are too big for their own good, that’s what. Ask anyone who went to Osheaga back in ’06 or Coachella pre-Gram and they’ll tell you the same thing. They’re over-crowded, over-priced, and full of yuccies who think it’s a runway show. Music festivals suck now.

So let me walk you through it. Like always, I’m standing hundreds of feet away from the main stage and the only thing I can see is smoke and a big screen TV with Kendrick Lamar, I think. The bass is so loud that I can vaguely hear lyrics and after thirty minutes, it’s over. But really, it was only fifteen minutes, because Miguel is about to perform at the other stage, and now we’re leaving mid-“ADHD” to get to the next show.

Frantically sprinting, I run out of beer and stop to buy a $12 draft that should be $5. But wait, there’s a lineup at the beer booth and now I’ve lost my friends. There’s no cell service on the festival grounds, so I circle the area, looking for my friend wearing a flower crown and a poncho. But everyone is wearing a flower crown and a poncho. Fuck.

Then there’s the question of where to watch. Securing the perfect spot in the crowd takes time, strategy and sharp elbows. Everyone is intoxicated, rollin’ on something, and wants to be close to the stage. Holding hands through the crowd like lost little kids, we’re surrounded in a claustrophobic sweat alliance with two health goths and a dude wearing a stained wife beater. “Hi, I’m Peter. Want a glow stick?” No thanks.

The bad news is that I have to pee, and there’s no way to escape the hundreds of people pushing behind us. So I hold it in. Five songs in, I can’t wait any longer, so I wiggle out of the crowd and run towards the Porta Potty. Now I’ve lost my friend, and I’m standing around, looking for a girl wearing heart-shaped sunglasses and a crop top. But everyone is wearing heart-shaped glasses and a crop top. Fuck.

By now, I’ve realized that music festivals are less about the music and more about spending money, waiting in line and losing friends. Drinking all day requires food, multiple Porta Potty visits, and cash-on-hand. The bad news is I didn’t bring enough cash and somehow, within two hours, I’ve managed to spend $60 on water bottles, and now I’m tipsy and high and need to wait in line to get more cash out so I can buy another beer. When I finally reach the ATM, there’s a service fee of $4.50. Fuck, fine.

Now it’s time to get high. I parachute a bag of something white and wait until it hits me. When it does eventually hit, I need to take a shit ASAP, so I leave Mac DeMarco to run to the Porta Potties. Waiting in line, my friend says, “Do you feel it? Do you feel it now? I think I feel it. Like I feel good. Do you feel it?” We repeat this conversation ten times until finally, I’m in the Porta Potty and I’m peaking, and everything feels amazing and smells like shit because I’m climaxing in a Porta Potty filled with shit. Wow. I fucking love festivals.

Then my eyes start rolling, and I can feel the burn on my back. Wait, it feels really hot. Now it’s uncomfortable, and my backpack is rubbing against my burned shoulders, and I feel light-headed, so I faint for a second and tell everyone I’m napping. I wake up, and my hands are sticky from dirt and gourmet hot dogs, and the only thing left to do is drink more. So I stumble to a bigger stage where I finally find the friends I lost twelve hours ago, and everything is fine again, and we’re watching Skrillex and the sky is full of smoke and laser beams. My head is pounding, my burn hurts like a bitch, the MDMA was ecstasy, and my stomach is punching itself. Does anybody have any coke?

Just kidding. But not, because I need something to wake me up. I’m standing in a crowd watching Kanye West and a bro throws a water bottle that hits me in the head. Ouch. I pretend it didn’t hurt, but it did, then I get angry. As the crowds band together to sing-along to Kanye, who’s hiding behind a screen on stage, another bro opens up a water bottle and decides to spray the crowd with it. It feels good, but I hate it because my face is full of sweat and now I’m soaking wet and cold because the sun has gone down.

Attempting to distract myself from the pain in my legs from standing in-line all day, I take the same blurry video that everyone in the audience will simultaneously upload at the same time on Instagram. I’m so far away from the stage that it’s hard to tell who’s performing in the video, so I hashtag Kanye in the caption like it’s obvious.

But wait. Day one of the festival isn’t over yet. Now I have to find a cab to get home. I find my friends, lose them again, then wander in the general direction of the exit. Tired, exhausted, with sticky hands, we walk for miles until we find a subway that’s packed with a million other festival-goers. It’s like the festival all over again, but now we’re all crammed on a subway cart, and there’s nowhere to sit, and the bright lights make everyone look filthy as fuck.

Home at last, I have a shower, pass out, then wake up the next day to do it again. Before I leave, I look at my bank account online, only to see I spent $70 on sparkling water, two hot dogs, four beers and a soul-destroying hangover.