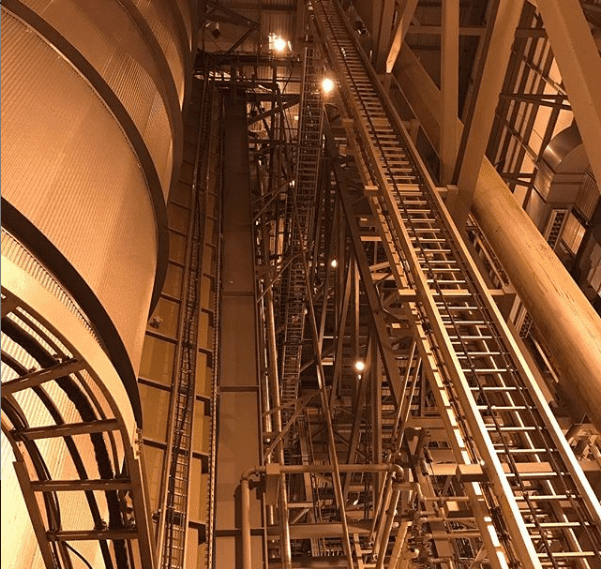 If you’re as nosy as we are and love to pull back the curtain on what’s going on in your ‘hood, Doors Open Toronto returns this month with film screenings, special speakers, building exploration and walking tours. If you’re curious to know more about the guts of our city, this is a fabulous opportunity to get acquainted with the seldom seen side of Toronto.

Here’s what we’ll be checking out.

All My Relations Walking Tour

Led by Alan Colley (founder of Toronto Aboriginal Eco Tours), this tour will begin with an understanding of a Traditional Medicine Wheel that reflects on creation, sustainability and our roles as human stewards of the land. During the tour, you’ll learn several Indigenous aspects of how to protect, preserve and utilize the Humber River. This walk will involve uneven terrain, some stairs and grass.

A non-profit artist-run space, Mercer Union presents exhibits by diverse Canadian and international artists. This gorgeous Beaux Arts building was built in 1913 and originally served as an entertainment complex housing the Academy Theatre on the main floor, with billiard and bowling halls on the upper levels. Today, the former cinema includes Mercer Union’s two large white cube galleries, administrative offices and an outdoor billboard space. As a bonus, you’ll get to view the current exhibition of two new films by Franco-British artist Beatrice Gibson.

This arts and cultural centre is the former residence of well-known Canadian artist Doris McCarthy, best known for her landscape paintings. She bought the picturesque property on the Scarborough Bluffs in 1939. Her mother saw the purchase as an extravagance, and referred to it as “That Fool’s Paradise of yours.” The name stuck, and it eventually became McCarthy’s full-time home and studio space. It’s now used as a unique live and work incubator for new generations of visual artists, musicians, and writers. During a guided tour, you’ll be able to experience the interior as well as the charming surrounding landscape.

This expansive electricity station generates about a quarter of  Toronto’s power needs. In addition, the water used within the facility is taken from the turning basin on the north side, cleaned, and returned to the lake on the south side, providing a key environmental contribution. During the guided tour, you’ll be given an audio headset, hard hat, reflective vest and safety glasses. Outdoors, there’ll be a large variety of community and environmental vendors, including the Earth Rangers and local beekeepers.

The Next 20 Years: How Architecture and Design Could Shape Our City (130 Queen Quay E).

Presented in partnership with Toronto Society of Architects and Artscape Daniel’s Launchpad, this panel discussion will explore how architecture and design have the power to transform stagnant industrial areas into vibrant mixed-used neighbourhoods. Panelists, including Andrea Mantin and Michelle Ashurov, will discuss the key themes and projects that promise to shape Toronto’s future.

Doors Open Toronto is happening May 25-26. Get full schedule and details here.