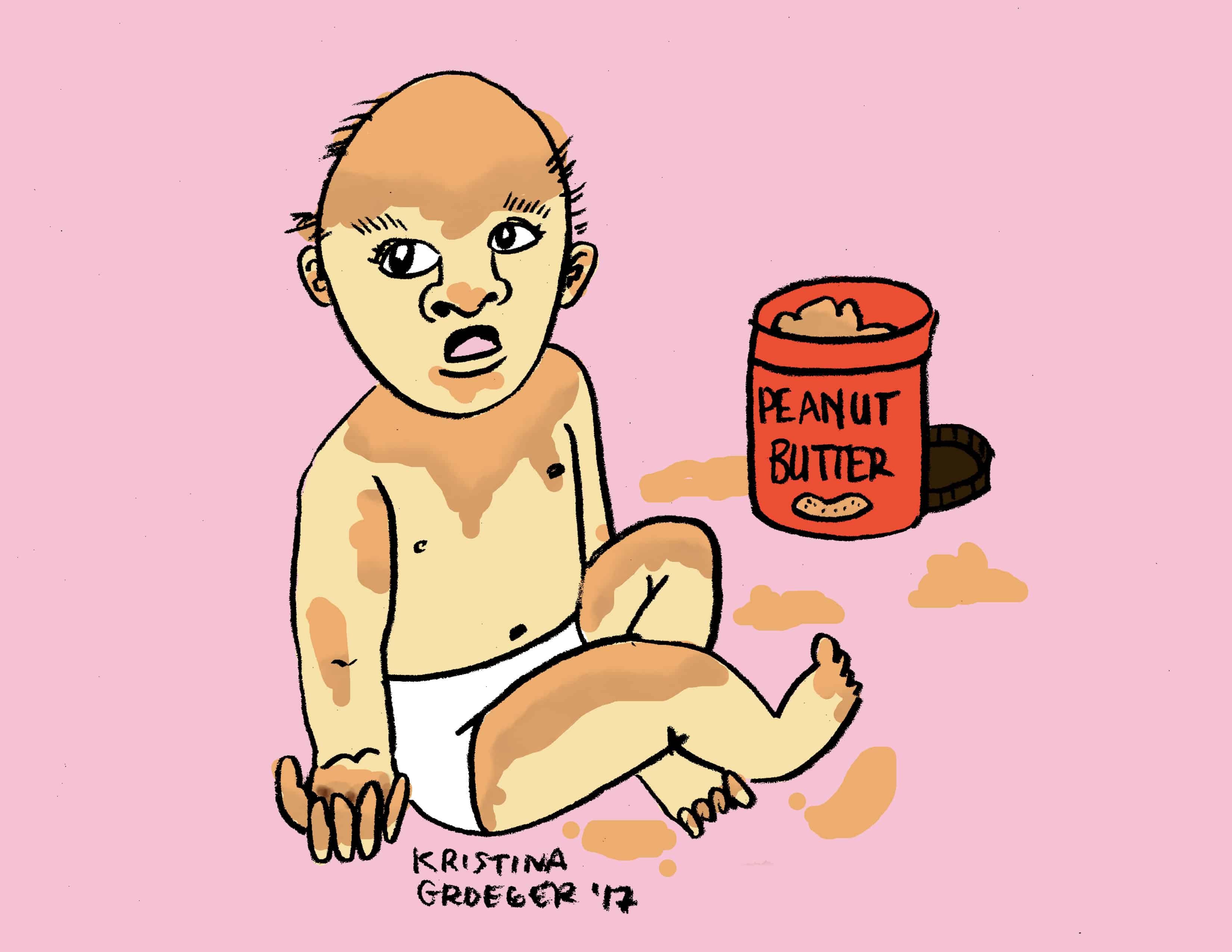 Ethical Dilemmas: What’s the Right Way To Put Your Baby on Social Media?

I feel like a lot of my friends are struggling with the ethics of posting pics of their babies/kids on social media. Are they taking away their kids’ right to privacy, especially when they set up hashtags before Baby’s even born, documenting every weird and embarrassing moment? I’m not a mom yet but hope to be one in the next year, and I am feeling very torn about this.

This is something my friends struggle with as well. Two of them took a hard-line approach— no pictures of their pregnant selves or of their babies online. I still have no idea what their kids look like. Another friend, however, went in the opposite direction. She posts multiple photos of every mundane movement her child makes: new haircuts…new drawings from kindergarten…new way she sits on the couch watching TV…new outfits she puts on. It’s excruciating.

Full disclosure: I’m not the biggest fan of social media. I use it, but sparingly. I like to know what’s going on in my friends’ lives—particularly because so many of them live in places other than Toronto—and I love seeing pics of their families and events; HOWEVER, I also think—depending on the person who does the posting—much of what is posted is a disturbing mix of narcissism/insecurity/fakery/desperation. So in that way, I try to stay away from it for the sake of my own mental health.

But now back to your question! I feel there are two parts to it: 1) the ethics of posting ANY pics of your pregnant self or of your kids on social media, and 2) the question of obsessively over-sharing on social media. That, to me, is a question of the “need” that social media fulfills in people’s lives—for better or for worse.

Re: #1. Personally, I believe your concerns over privacy are justified. Children have a unique moral status: they are human and are therefore entitled to the protection that humans alone are afforded, but they are also YOUNG humans. So while they may possess certain rights, many of those rights are held “in trust” until they are old enough to understand them and exercise them appropriately (voting, marrying, buying legal drugs). If we look at rights as the protection of interests, the State protects some of those interests, and parents protect others. For example, children cannot provide their own legal consent. They rely on their parents to do that for them until they are 18 (usually), with the understanding/hope that their parents would only consent to things that protect the child’s interests in being healthy, in flourishing, and in growing and maturing and participating in society. Children cannot consent to having their private information—their private lives—shared online. Even if the child is old enough to be asked, “Are you okay with me putting this picture of you online?” they may not be old enough to give their INFORMED consent. They may not know what the consequences of that choice will be in the future and therefore cannot consent in the true sense of the word.

If we look at the declaration produced by the United Nations Convention on the Rights of the Child (yikes, things just got SERIOUS!), a few of the articles are particularly relevant to your question. Yes, they are referring to States’ actions, but they have parallels in parent-child relationships too:

Article 3: In all actions concerning children…the best interests of the child shall be a primary consideration.

Article 12: [A] child who is capable of forming his or her own views [must be assured] the right to express those views freely in all matters affecting the child, the views of the child being given due weight in accordance with the age and maturity of the child.

Article 16: No child shall be subjected to arbitrary or unlawful interference with his or her privacy, family, or correspondence, nor to unlawful attacks on his or her honour and reputation.

Let’s apply these to the microcosm of the family rather than the macrocosm of the State: If a parent is posting TONS of pictures of their child online—pictures that reveal intimate details of the kid’s life, and potentially embarrassing or private things about them that they have not consented to sharing—are those parents violating the Articles mentioned above? In the future, if someone—a potential employer, a school bully, a creepy relative, a scorned ex-lover—got hold of those pics (social media isn’t very secure) and used them to humiliate/shame/blackmail/harass your child (at any age), would that be an “unlawful attack” on your child’s honour or reputation, made possible by your original actions? These are, of course, worst-case scenarios, but I’m putting them out as food for thought.

I honestly don’t see a problem with posting pics of your kid every once in a while. I love seeing pictures of my friends’ children on Facebook. But I do have a problem with those who post them indiscriminately. Sure, parents have a right to self-expression and to celebrate their children’s lives. Of COURSE they do. But is it still SELF-expression if I am posting pics other people, even if they are my own children? At what point is my own desire for self-expression violating someone else’s preferences or rights?

Again, if we look at rights as the protection of an interest—an interest that is so significant it imposes corresponding duties on others—then we can frame this dilemma as follows: does my PREFERENCE for posting pics of my child outweigh my child’s RIGHT TO or INTEREST IN her/his privacy? Is my child’s right to/interest in privacy so significant that it imposes a duty on me to refrain from posting things online about them without their consent? I believe that when it comes to volumes of photos—some of which may be embarrassing or especially private/intimate—then that right/interest does outweigh a parent’s preferences.

Re: #2. An easier answer to #1 might be—“is it in my child’s best interest to post ALL of these pics online, all the time?” The answer is most often going to be no. So whose interest is it in then? Why do some parents (and non-parents, obv) share indiscriminately online?

Social media can be fun because it allows us to keep in touch and to feel like distant friends are still actively participating in our lives. But it also brings out the worst in some people. Even the coolest of friends can become a total drag on social media. There are those who use it with discretion—posting a few pics of their kids/partner/weekend events every so often. But there are others who use it as a play-by-play documentary of crap that no one (except them) cares to see. It’s the WORST. You mentioned that you know people who religiously documented their pregnancy and then every detail of their kid’s life. Whose best interest is that in? Not their child’s. And I would argue, not the mom’s either.

This is why, for me, it goes back to the question of what “need” social media fulfills in people’s lives. From what I can tell, pregnancy and parenthood (especially during the first few years) can be very, very trying. We read about post-partum depression, about distance growing between partners, about sleepless nights and zombie parents and the endless pits of need that children (necessarily) are. And mixed into all of this is a sense of isolation and existential confusion. I don’t have kids, but I can only imagine the profound shift that happens when you grow a baby and raise it. It’s a new, foreign world, which is where social media comes in.

Those people who obsessively document their pregnancy and their kid’s life are a) probably excited and happy about the new path they’re on, AND b) are probably feeling isolated, destabilized, and scared. Some people deal with those feelings—and that understandable NEED for security, connection, and reassurance—by creating on social media the persona they’re desiring: “I’m happy!!!! I’m excited!!! I’m chill!!! I take to motherhood/fatherhood like a duck to water!!!!!” Yes, it’s fake, but it’s a way of coping. I don’t think it’s ideal, though. I think that being honest with yourself and your friends/family about what’s working in your life and what isn’t, or what you feel good about and what you’re freaked out about, is a much better way to re-connect and re-stabilize. It’s more difficult, but I also think it’s more fulfilling in the end.

Those who use social media should exercise temperance, humility, and self-control. Those who use it obsessively ought to identify what need they think social media is fulfilling, and they may want to consider other, more private ways that they can get that need met. And before they post more and more details of their child’s life, they should ask themselves: is this in my (future) child’s best interest? If it isn’t, maybe consider a password-protected photo folder online that only family and friends can access, rather than posting it on social media.