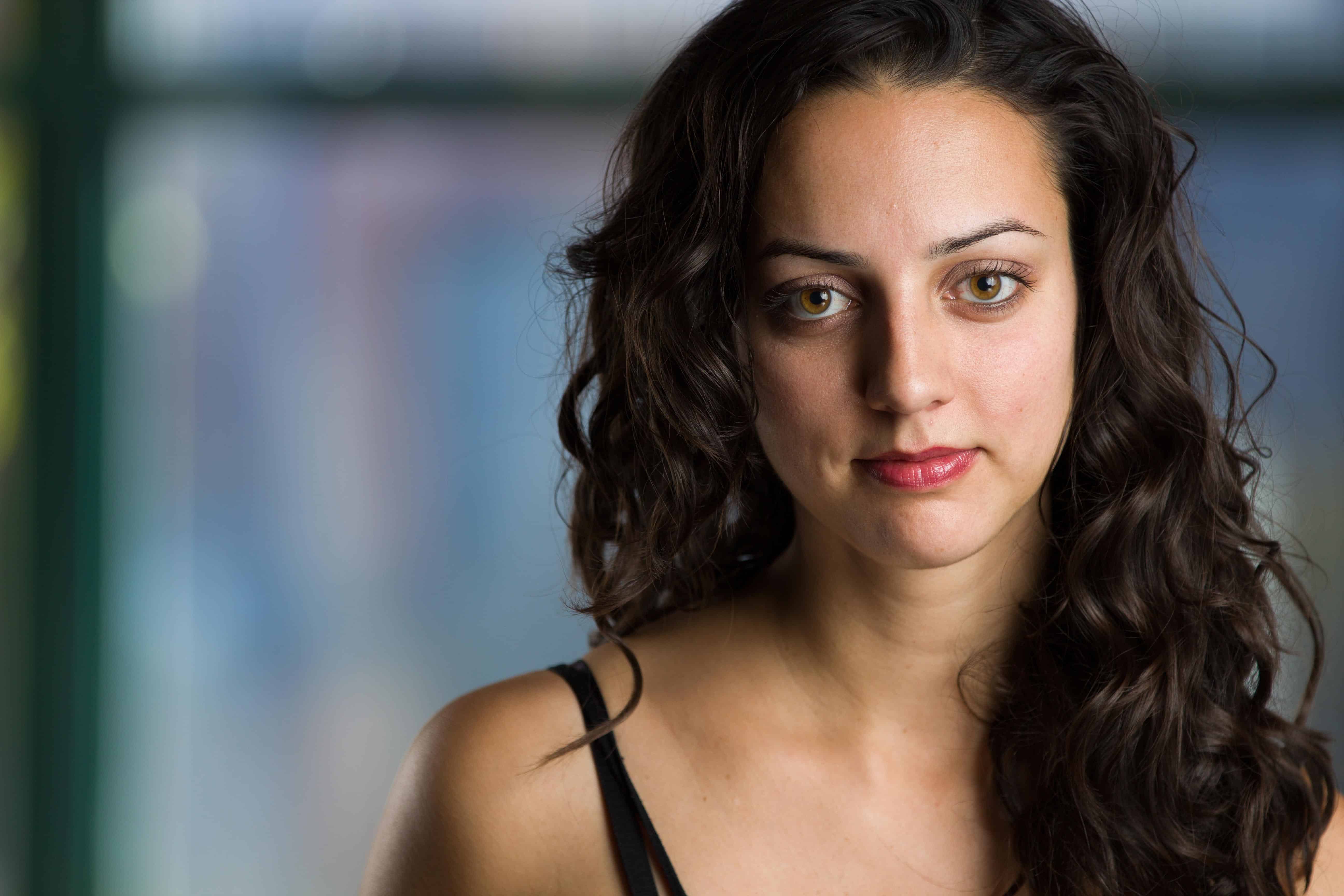 In Yell Rebel’s new production, Agency, playwright Eva Barrie explores the walls with which we surround ourselves. “It’s important to me to question what we call the ‘Canadian Play,’” Barrie says. “We’re a nation of immigrants, and not every Canadian story begins on Canadian soil. Every Canadian has a story: this one’s mine.”

Agency follows the story of Hannah (played by Barrie) who, after spending her life haunted by her father’s mysterious disappearance at the hands of the Stasi, finally has the opportunity to set the record straight: she finds the man who spied on him. We chatted with Barrie about how Agency evolved and why she and Hannah have a lot in common.

EB: Agency is about a woman – Hannah – who tried to escape with her mother and father to West Berlin from East Berlin when she was three years old. She and her mother make it across, but her father is killed. Twenty-six years later, she reads the file that the Stasi (the East German secret police) had on her father. In it, she discovers her father may not actually be dead. So she finds the spy that spied on her father, and that’s where the play begins.

How are you and Hannah similar?

Ugh, how are we not? In order to answer this I think I need to explain that I began writing Agency as a way to understand my mother. She grew up in Cold War Berlin, and many of her personality traits can be attributed to growing up in a divided city, split from her family, and living in the epicentre of political ideology. I grew up in a small town in Alberta; however, I think there are a lot of traits that my mom unknowingly passed on to me, which are a result of where she grew up. Hannah is version of those traits.

What I love most about Hannah is that she’s flawed. Hannah’s got a wall built around her. She’s closed-off, which causes people to view her as either strong and independent, or pretentious and cold. She wants help and guidance, but she’s never really learned how to ask for that. I don’t think she’s likeable at every moment of the play – just like I’m not likeable every moment of my life. I like seeing that on stage. It’s a little dull to see women on stage that aren’t human beings.

What was going on in your life that informed your writing of this play?

I’ve been writing this play for three years. So during that time I’ve…

1) Had my heart broken twice
2) Lived cozied up to the poverty line
3) Watch those closest to me experience death, loss and pain.

1) Fallen in love twice
2) Lived so fully in the present moment that I disregarded money and future plans
3) Watched those closest to me gain strength, hope and become bottomless sources of inspiration and courage.

The two main characters in this play, Thomas (the former spy) and Hannah, have spent their lives creating narratives/obsessions. Anaïs Nin said, “We don’t see things as they are. We see things as we are.” These two characters are so driven by their obsessions. They’re shackled by them. Reality, for them, is fickle. Knowing that very much informed not only how I wrote the play, but it also informed me. 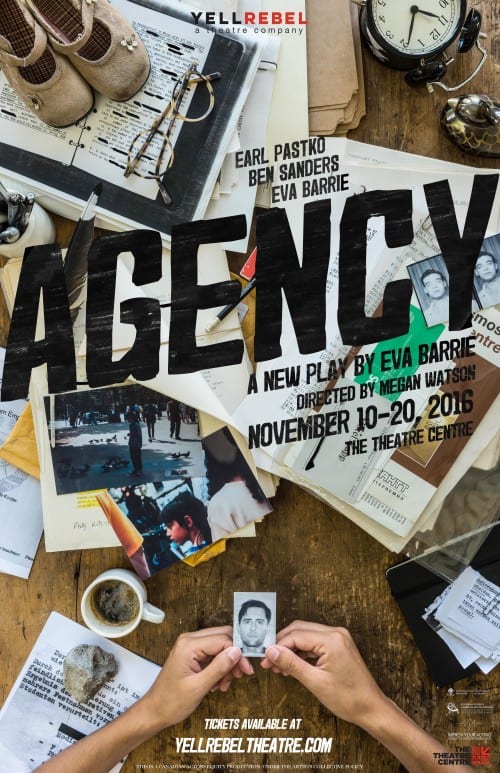 I worked as a historical tour guide in Berlin, so I’ve spent a lot of time not only hidden behind stacks of books, but also in memorial centres and former interrogation centres.

One thing that sticks out for me and really shapes so much of the world of Agency is the level of surveillance in East Germany. When you compare the Stasi to other spy organizations, it’s extremely unsettling. The KGB, for instance, had one spy for ever 5830 citizens. The Gestapo was one spy to every 2000 citizens. The Stasi employed one agent for every 166 East Germans. If you count the “Unofficial Informers” that reported to the Stasi out of fear, blackmail or an unwavering belief in the Regime, the number jumps to 1 informer for every 6.5 citizens. Everyone was watched. By whom? It wasn’t always clear. It could be your teacher or best friend or husband. After the Wall officially fell in 1990, people started to gain access to this information. So how do you continue those relationships – and your life – after that?

What do you want audiences to take away from this play?

I don’t really think good theatre should elicit a single response from an audience. That normally means audiences were manipulated rather than challenged. As a society, we’re really used to wanting one answer to complicated subjects. A person is evil. A person is a hero. But that’s not how the world works. So why do we expect that of our theatre, our politicians and our family?

Living in that grey zone can actually be very fun and liberating. This play lives in that zone, and I’m very excited for the post-show bar discussion. (The Theatre Centre has a really lovely bar!)

Agency runs at Theatre Centre from November 10 to 20. Get tickets & info here.