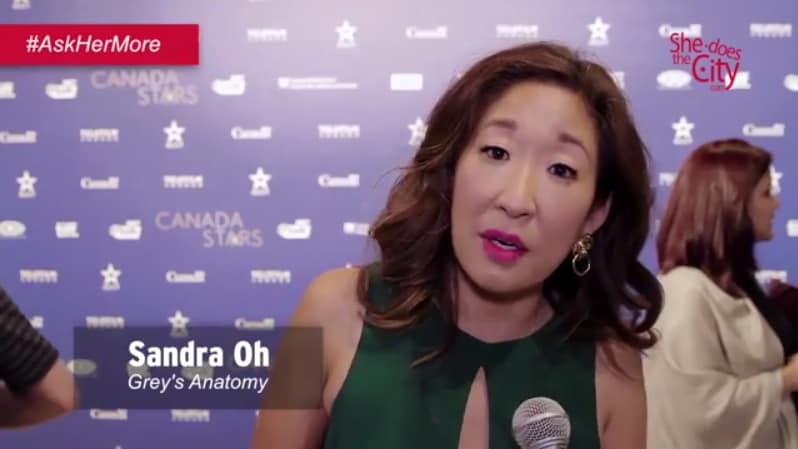 VIDEO EXCLUSIVE: Behind The Scenes at Canada Stars in Awards Season

Talk about a dream job assignment. We couldn’t have been more honoured to receive an invitation to attend Canada Stars in Awards Season held at the gorgeous Four Seasons at Beverly Hills Hotel in Los Angeles!

Hosted by Telefilm Canada, The Academy of Canadian Cinema & Television and the Consulate General of Canada in Los Angeles, this magical evening is a celebration of the successes of Canadian stars in film and television.

One of the most humbling experiences in recent memory, we could hardly contain the adrenaline as we interviewed and then mingled with trailblazers of the industry. From actors to producers and CEOs, we got the chance to speak with Canadians who are literally responsible for putting Hollywood North on the map.

It’s still a bit of a whirlwind, but, we joked with Sandra Oh, got teary eyed at Eric McCormack’s rendition of Oh, Canada and creeped on Jason Priestley. We got carried away chatting to our favourite leading ladies about Bomb Girls, Marco Polo and Lost Girl. This is one night we’ll definitely never forget!

Be sure to subscribe to our *NEW* YouTube channel for more videos, including full interviews with Ali Liebert, Anna Silk, Jodi Balfour and Tricia Helfer!