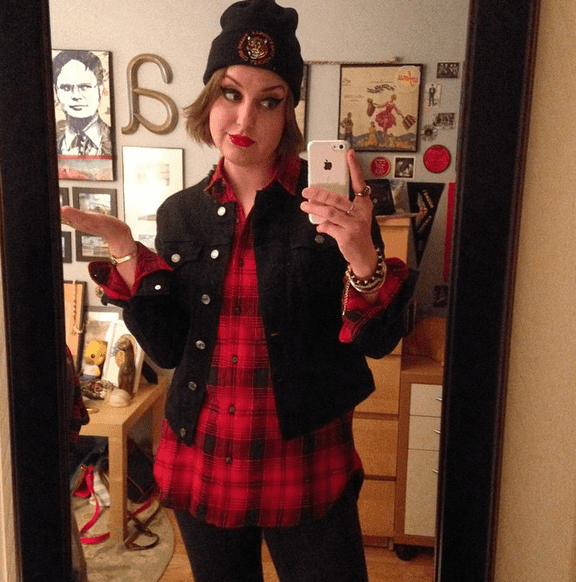 How To Fake Your Way Through A Pop Culture Conversation

Well it’s certainly been a week, hasn’t it? I mean, let’s just cut to the chase: have you seen Gone Girl yet? Have you? HAVE YOU SEEN IT? You heard of Twin Peaks? WELL?? ARE YOU EXCITED OR ARE YOU A DISGRACE? There is no in-between.

I should know, because I am the type of person who will label you a disgrace if you don’t enjoy the same types of TV shows and movies as me. It’s my cross to bear, and also yours I guess, but more importantly: I understand the pressure we’re under.

And because this is a place of honesty and my opinion, let’s just admit it all together: it’s impossible to consume everything.

You can’t watch every movie, you can’t sit through every TV show, and you can’t read every book. So this is my guide to helping you pretend that you have. Because while I can and will say that what other people don’t think doesn’t matter, except that when it comes to television and movies we’re making a lot of lists about, it does. (I mean, think about it: there’s no way on earth you’d be friends with anyone who defended the Big Bang Theory.)

I rest my case.

Boom. The discussion is over. In place of a speech convincing you to see it, you’ll be faced only with a knowing nod. A nod that connotes, “Yeah, you get it.” Because you do. You get it in a big way: this person is obsessed with a thing, and you will be hurt (maybe even physically) if you do not like the same thing. You have just saved your own life.

2. “I haven’t seen that one!”
We’re in an age of binge-able television and goddamn it, what a time to be alive. That is, unless you haven’t seen the thing that everybody’s seen. Or saw. Or The Wire. Have you seen The Wire? Neither have I. And do you know how I survive and navigate the waters of having not seen The Wire?

“Like McNulty always says!” a fan will quote, before acting out a 14-minute monologue. “Ohhh!” I say, disappointingly. “I haven’t seen that one!”

AND SAFE. Why? Because I have implied that I have seen SOME of The Wire. That I have committed in some capacity. That I will eventually make my way to this specific quote snippet. That I, above all else, do not need to hear why I need to see The Wire. I will see it, I promise you. I like Idris Elba. I love him. Just give me time.

3. [Knowing nod]
You’d be surprised at what a knowing nod will grant you: Time. Space. Friends. Enemies. A middle seat on an airplane. But in the case of pretending to know what somebody is talking about, it’s an illusion. It’s up to them to decide what you mean. And guess what: you’re not about to show them your tricks.

Try this on for size:

Them: “Like that part in [blah blah blah]. What do you think it meant?”
You: [Knowing nod]

HUH? Now you’re a mystery. A ghost. Maybe you’re a genius. Either way, now they’ll think they’re stupid if they ask what you’re nodding about. And I say this because I would not ask what you were nodding about for fear of looking stupid. What did she think it meant? They’ll ask themselves. They’ll nod back. They’ll look confused. That’s when you smile, laugh, shrug, but above all, say:

4. “Seriously.”
SERIOUSLY WHAT? Shhhh—that’s not for you to figure out. Now you’ve got them trapped. They’ve gone on a 20-minute bender about the cat in Gone Girl (spoiler alert: it’s fucking adorable) and asked what you think the cat represents. So you knowingly nod, then they look confused. And you follow up with a “Seriously.”

SERIOUSLY. Like “WOW. Seriously. I know. Crazy, right?” (Or, in your case: the verbal equivalent of a shrugging emoji.) This is the adult, real-time version of the question game in after-school improv when you’re supposed to communicate “yes and” style, and the person across from you just keeps saying “What?” You have the power. You are ruining them. And they will wish like they’ve never wished before that they’d kept their fool mouths shut*.

5. “I haven’t had time.”
And now, for the big guns. Pretend the above scenarios never happened. Tell yourself it was all just a dream. Do you want to make an enemy? Do you want to ensure you’ll never see this person again? Then by all means, belittle what they love the most: popular culture and all that it implies.

IN 20 YEARS YOU HAVEN’T HAD TIME. That’s how busy you are. That’s how busy they are NOT. Like, hello, for two decades, you’ve managed to fill your days with anything and everything the human mind can construct, while they just . . . watched TV. You will, in the words of Bart Simpson, literally pinpoint the moment their hearts rip in half. And you will carry on, with your head held high, because you haven’t had time.

Even though you totally have, and if they’d just asked you about Veronica Mars instead, you could’ve had a really beautiful conversation. You just didn’t get David Lynch.