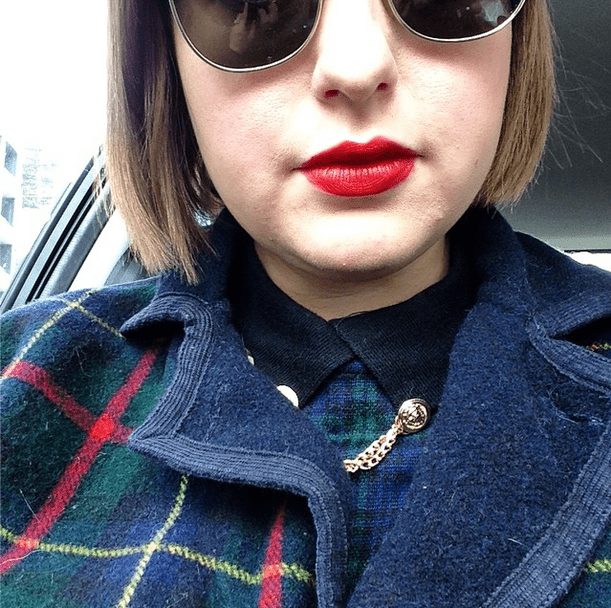 We waited 84 years, but it finally came: the chilly temperatures, the lack of humidity, the fleeting fireplace smell that makes you stop in the middle of a busy sidewalk and say to whoever you’re with, “Do you smell that? That fall smell! FALL!” (Thus effectively ensuring you will never, ever see that person again.) Some of us have been waiting for a reason to buy and then wear many coats. (Maybe even at the same time.) Most of us have delved into the world of Golden Girls-inspired sweaters in hopes of channeling our inner retiree. (I am always Dorothy—always.) All of us are sharing and re-sharing that Onion article about Mr. Autumn Man.

We are all Mr. Autumn Man. But especially me.

As a walking cliche, I live for everything from jackets to socks (love socks so much, sleep in them nightly—not afraid to be controversial on the internet) to needing no less than four blankets (I also sleep in many blankets and usually sweat pants and a hoodie… I should probably head to the doctors to figure out why I’m always so cold, come to think of it). I don’t really like eating raw apples but I will totally over-romanticize apple-picking as though it’s something I didn’t stop doing when I was six. And Halloween. Okay, now, if you don’t like Halloween, I’m not entirely sure what your deal is. (How did you get so far into this article? You’re unhappy here, I know it. Please leave.)

But look: it’s not just about the fact that I’ve been religiously drinking pumpkin spice lattes like the stereotype I am (I LIKE NUTMEG, GET OFF MY DICK). It’s about the other things I get all lusty for come autumn. Like the word “autumn.” Who doesn’t love a silent letter? And also like FASHION. Fall’s fashion game is ON POINT. Here’s why:

Big-ass sweaters
GIVE ME ALL THE FABRIC YOU HAVE, SEASON (Is what I yell out my window on the first day of fall). Because here’s the last thing I want, 99% of the time: to be cold. (The 1% is when I’m in a house with too much air conditioning. Then being cold is literal hell.) So the fact that I can justify burying myself in cotton/wool/poly-blend like the Golden Girl I am gives me joy. What also gives me joy? This particular blanket-like sweater I picked up from American Eagle ($49.50) that I am currently wearing with LEGGINGS as though I have no shame at all. (Because I don’t.) 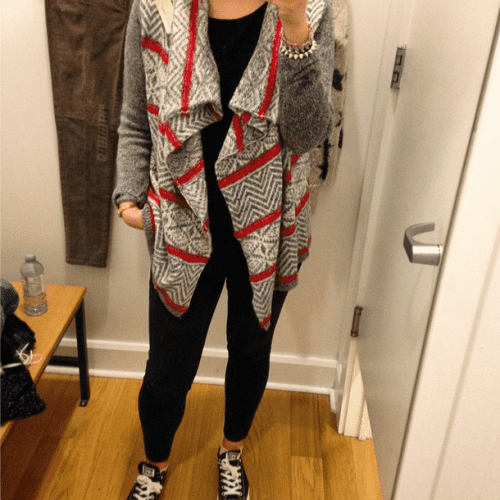 Boots
I didn’t put up with your pedicure photos on Instagram to wear shoes this season, I’ll tell you that much for free. So that’s right: I want boots. I want ankle boots, I want slightly-above-the-ankle boots, and I want this pair of riding boots I bought at an antique market last year that I totally forgot about until I wrote this very sentence. But mostly, I want Docs ($164). I love Docs so much that I bought a second pair of floral Docs and am toying with a third pair because Doc Martens are the greatest boot on earth. Why? Because they took me through three Canadian winters and made me feel unfuckwithable. That’s the thing: while wearing them, you feel like if push came to shove, you would absolutely win in some sort of street fight. 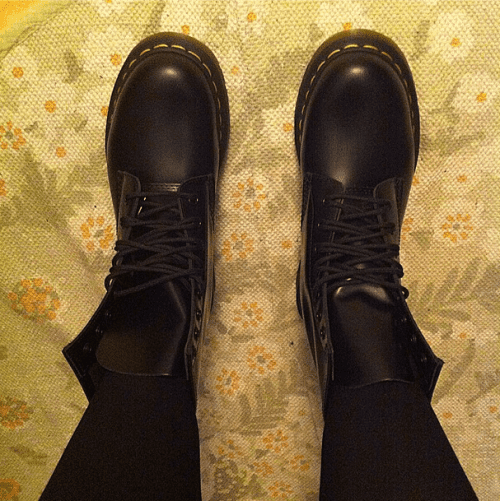 Mini-backpacks
Backpacks signal school time, and mini-backpacks signal the opposite, since you can’t fit a book into most of them. The latter works for me because I am not an academic but also not a fan of one sore shoulder from carrying a really big purse. So I (personally) found my mini-backpack at Sears when a kind Eastern European lady who reminded me of my Nana helped me pick it out. I paid $70 for it, and yes it is pleather, but no, I have zero regrets. (I cannot find a link to it online, but here is a similar, though regrettably larger one for $41.) Now I am just scholastic enough. So let’s go apple picking as a class, and put our apples in our mini-backpacks (before we loiter outside a mall). 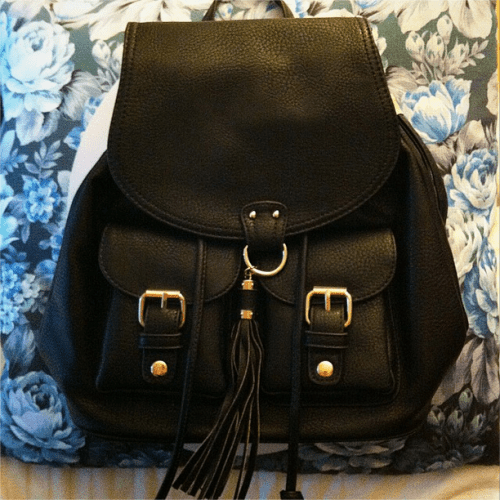 Plaid anything
Here’s the easiest favourite: plaid. I want to wear plaid in the fall constantly, all the time, you and me, every day. (*Cries like Allie in The Notebook*) Actually, that’s a lie: I want to wear plaid all the time regardless of season (I blame Singles and coveting Bridget Fonda’s wardrobe). But plaid in the fall signals school uniform/Dead Poets Society/clean line realness. Bonus points if it’s in a darker tone and reminiscent of a kilt. The Gap did a really good job of evoking just that in their Black Denim campaign this season (see: the shirt I was wearing in our photoshoot), but a store like Value Village will actually do the exact same thing — especially if you’re in the market for a jacket you pay, say, $7 for. Ahem: 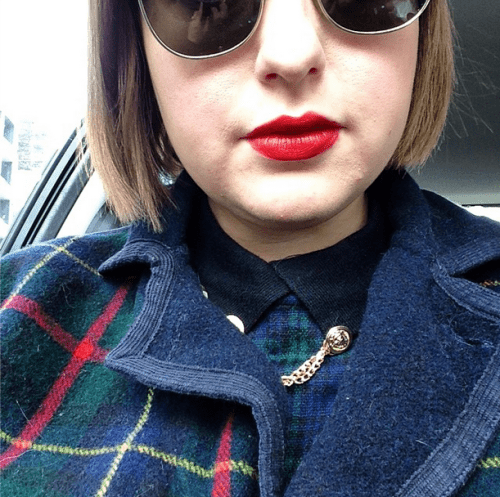 Jackets
Everybody in jackets! No, really: it’s cold. Put a jacket on. It doesn’t matter which jacket, but just kidding it totally does — jackets are the best. I’m not going to push what kind of jacket to wear, and I’m not going to enforce my jacket beliefs on you (even though that jackets are the greatest invention since the wheel, so think about that), but I will say I found the most wonderful jacket in the world the other day that completely sums up why this season rules above all others: 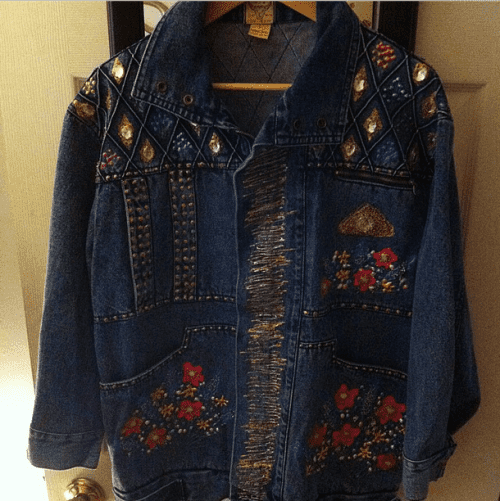