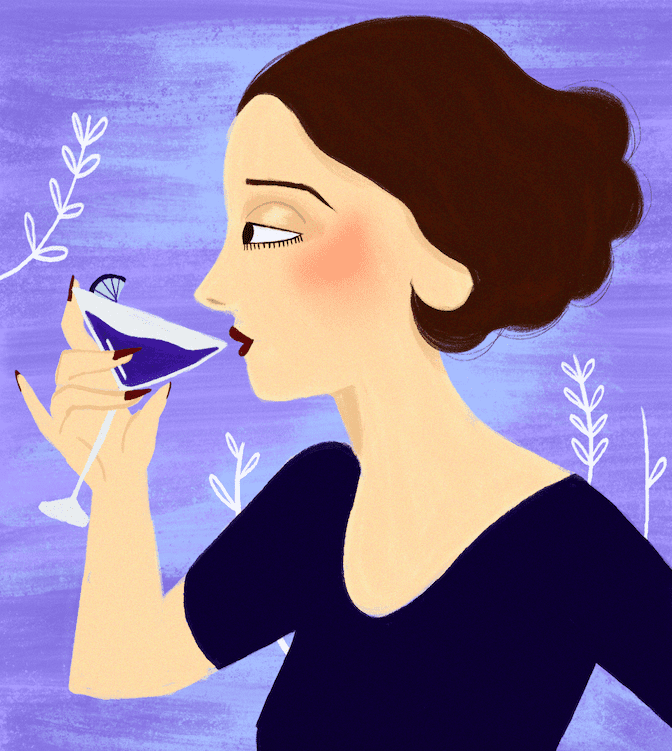 In this week’s My Favourite Dead Ladies, we’re getting lit(erary). It’s time to delve into literary history by exploring the life of one of the wittiest writers ever to walk to Planet Earth: The incomparable Dorothy Parker.

Whether you know it or not, Dorothy Parker is one of your favourite authors. Amy Sherman-Palladino herself named her production company Dorothy Parker Drank Here as a tribute to good old Dot. And without Parker paving the way with her misadventurous tales of New York City dating, Carrie Bradshaw would never have graced our television screens.

Dorothy Parker was a journalist, a screenwriter, a political activist, and one of the most important short story writers to ever write a sentence. She was a trailblazer who helped pave the way for women to speak their minds in print. Without her pioneering efforts, frank women writers would still be taboo, and I probably wouldn’t be writing this article. (Can you imagine a world where we could only read Dave Barry if we wanted a laugh?)

The story of Dorothy Parker begins in 1893 at her family’s summer home in Long Branch, New Jersey (I know, fancy!). She was born to Jacob Henry Rothschild and his wife, Eliza Annie Marston. Dad’s people were originally of German-Jewish descent, while mom was a wee Scottish lass.

Despite being born by the beach in New Jersey, Ms. Parker thought it important for everyone to know her parents’ real home was in Manhattan. She was a very committed New Yorker. This fact was so important to her that she wrote an essay about it titled “My Hometown.”

They say some people learn to laugh through the pain, and if so, that could explain why Parker became so hilarious. Her mother died when she was only five, leaving little Dottie with her physically abusive father. To make matters worse, Jacob Henry found himself a new wife who shared his dislike for his daughter. It was a pretty dismal childhood all around.

Despite having a Jewish father and a Protestant stepmother, Dorothy attended a Catholic elementary school run by nuns. Because she was a wisecracker from a young age, Little Miss Parker referred to the Christian concept of “immaculate conception” as “spontaneous combustion.” Adult Dorothy would later claim it was this controversial comment that got her expelled from school. It’s impossible to verify whether the story is true, but it’s more fun to believe it is!

When it came time for high school, Dot’s rich dad sent her to the very best: Miss Dana’s, a finishing school in New Jersey. From my research, Miss Dana’s sounds like an Enlightenment-era Parisian salon. The girls would hang out on luxurious couches with their teaches, discussing great works of literature and philosophy. As soon as time travel becomes a thing, I’m travelling back to register as a student at Miss Dana’s. I hope the girls won’t mind having a thirty-two-year-old classmate. At least I could buy them beer!

Dorothy received another hard knock when her father passed away in 1913. She was now an orphan. Strapped for cash, she began playing piano at a dance school to pay her bills. In addition to her financial struggles, she had to contend with the anti-Semitism that ran rampant in the 1910s and 1920s. Remember, the partly Jewish Parker was young in a time when the US was imposing quotas on the number of Jewish immigrants who were allowed into the country. But the irrepressible Dorothy could not be kept down.

In 1914, young Dot published her first poem in the legendary Vanity Fair. Later that year, she was hired as an editorial assistant for Vogue. Yes, the Vogue. Dorothy’s twenties were like an early twentieth-century version of The Devil Wears Prada. Do you think Meryl Streep could play her boss in the biopic of Dorothy Parker’s life? Now that would be some good casting.

Parker’s writing is famous for its simultaneously playful and profound tone. She employed her scathing wit to skewer gender roles, taking down the ludicrous expectations society placed on women to be passive and polite. A wonderful example of her succinct sarcasm is her short story “The Waltz.” In it, a young woman is asked to dance by a boy she doesn’t know well. They share a disastrous dance together, where the young man is so thoughtless and clumsy that he kicks our protagonist in the shin! Obviously, our heroine is not happy, but she never says anything. Parker contrasts the polite protagonist’s angry thoughts–at one point, she contemplates killing him–with the sweet demeanour she presents to the man. It’s a brilliant representation of how women’s socialization leads us to suffer through situations that make us uncomfortable in an effort to spare others from discomfort. Yep, being a woman a century ago wasn’t that different from being one today.

In addition to the brilliant job Parker did satirizing gender norms, she also understood the power of the pun. Sex and The City’s use of wordplay may be amusing, but it owes its sassy origins to Dot. In truth, Parker’s poem “Lying” might just make the cleverest use of wordplay in the history of the English language. And that’s not hyperbole. Don’t believe me? Take a gander!

By the time you swear you’re his,
Shivering and sighing.
And he vows his passion is,
Infinite, undying.
Lady make note of this –
One of you is lying.

It’s important to acknowledge that Parker wasn’t funny by accident. She put in the requisite ten thousand hours Malcolm Gladwell claims you need to devote to an activity to become genius-level at it.

For most of the 1920s, Parker met her funny friends at their favourite hotel on a regular basis to share jokes (and lots of drinks). Named after the hotel that hosted the daily gatherings, The Algonquin Round Table included such luminaries as New Yorker editor Harold Ross, playwright Noel Coward, and actress Tallulah Bankhead. All these hilarious people hung out, trading barbs, playing word-association games and pranking one another. It was basically the pre-TV version of a television writers’ room.

What I admire about Dorothy Parker is not only that she wrote stories satirizing politeness but that she herself was also pretty impolite. After a brief stint as a cultural critic for Vanity Fair, she was fired from the mag for writing reviews that were so honest they offended New York’s powerful theatre producers.

In 1929, our girl Dorothy received the crowning achievement of her career, taking home the O. Henry prize for short fiction for “Big Blonde,” one of her most famous works. The O. Henry prize is the top award out there for succinct literary fiction, and Dot won it in a time when women storytellers were rarely taken serious. Take that, patriarchy!

In the early 1930s, Parker traded New York for Hollywood, moving across the country with her actor husband Alan Campbell. Campbell was a professional actor and out bisexual. He was born of mixed Jewish and Scottish heritage, just like Parker.

Working as a Hollywood screenwriter, Parker earned astronomical amounts of money. She was paid $1000 per week, which would be an absolute fortune in today’s dollars! In the end, Parker worked on a total of fifteen films and received an Oscar nomination for Best Screenplay for A Star Is Born. Now that’s a cinematic classic.

But Parker wasn’t just a wildly successful writer; she was an outspoken advocate for civil rights and helped to found the Hollywood Anti-Nazi League in 1936 (that sounds like an organization we need to bring back). Despite her efforts to help humanity, Parker continued to suffer in her own life. In addition to her tragic childhood, she endured a conflict-ridden marriage to Campbell and a lifelong battle with alcohol. But despite her personal pain, Parker never lost her sense of humour. She continued to write and tell her hilarious stories.

Parker passed away in 1967 from a heart attack. Even in death, she knew how to make a progressive political statement, bequeathing her assets to Martin Luther King, Jr. By doing her part to support The Civil Rights Movement, Parker continued pushing for a better world from beyond the grave.

Dorothy Parker is a literary legend who wasn’t afraid to speak her mind. She wrote candidly about experiences like the indignity of waiting for a man to call you and the inconvenience of having a wardrobe malfunction at a party. To her, there was no such this as propriety. And that’s why Dorothy Parker remains one of my favourite dead ladies.

Want to know more about Dorothy Parker? Check out these resources: