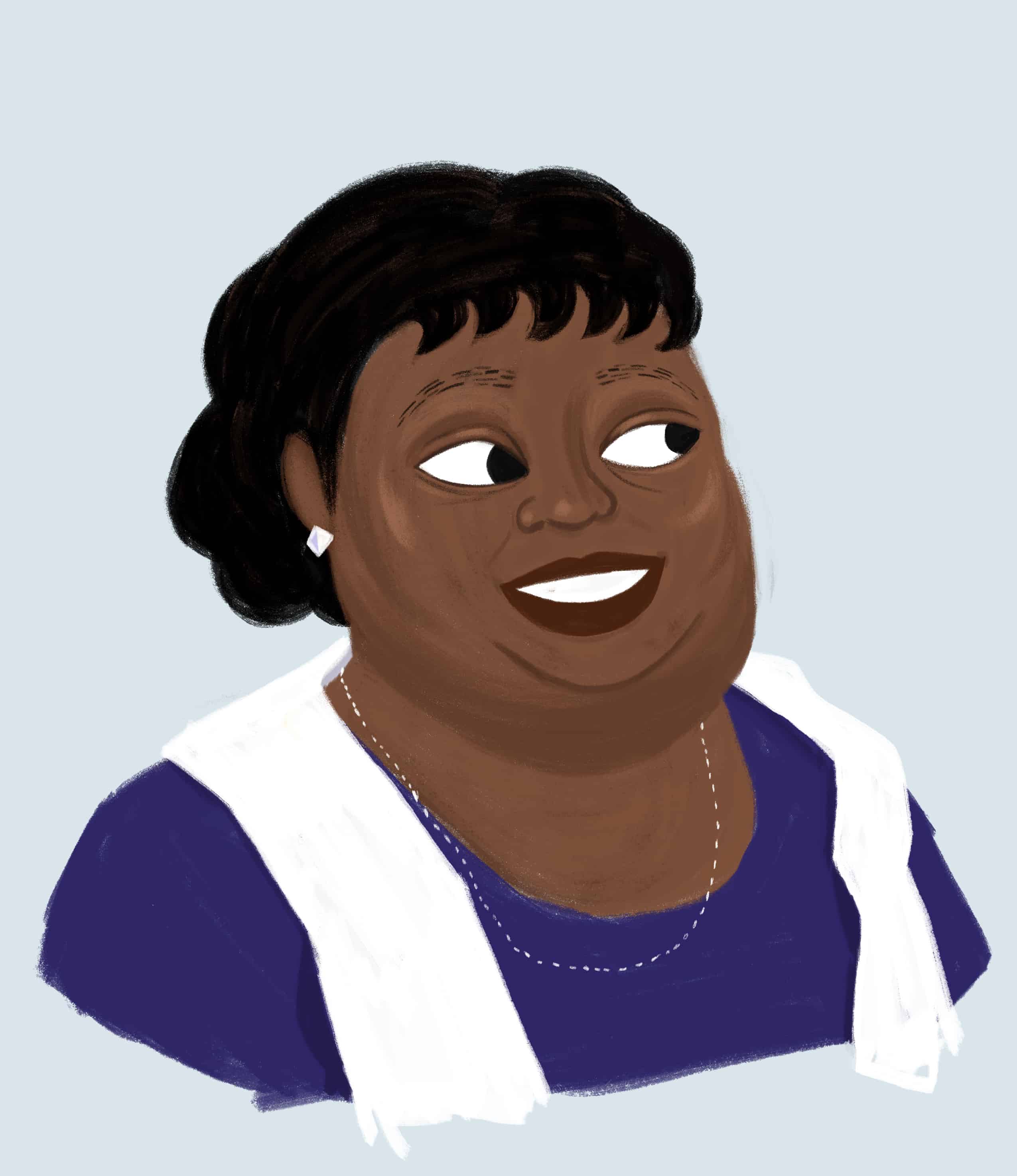 Welcome to My Favourite Dead Ladies, the column where we explore the joyous world of feminist history! Wondering if this column is for you? Well, did you roll your eyes every time you learned about yet another dead white man in high school? Do you love old homes, antiques and museums the way the patriarchy loves sexism? If so, welcome! You’re either a history nerd already, or you’re about to become one!

My name is Sarah Sahagian and I’ve been a history nerd since the early nineties. (I was definitely the nerdiest kid in my Kindergarten class, and things only progressed from there.) History is awesome because it reveals the foundations of our modern society. We get to see where we came from, which in turn explains where social taboos or biases come from. It’s the desire to know the past in an effort to understand the present that made me want to double major in History and Gender Studies in university. This double major proved to me that a) feminists were right about patriarchy being bad, and b) mainstream history is made up of the famous white men within that patriarchy. That is why I present to you the people who aren’t dead white men and who deserve more space in our history textbooks.

For my inaugural column, I’ve decided to tackle the story of one the greatest and most groundbreaking performers of all time, Ms. Hattie McDaniel. McDaniel was a singer, a songwriter, an actress and a legend. She blazed trails for Black actors, was besties with Clark Gable and was a famous fashionista before the era of stylists. Hattie McDaniel lived her best life and became the first person of colour to bring home an Oscar for acting.

Born in 1895 in Wichita, Kansas, McDaniel was the youngest of thirteen children. Her mother, Susan, and father, Henry, were both born into slavery. In his youth, Henry was a member of the 122nd United States Colored Troops, fighting in the American Civil War. Like her father, McDaniel would grow up to fight for the rights of Black people in America; however, she did so on the stage and on celluloid instead of a battlefield.

It’s not surprising she became a Hollywood icon; performance was in her blood. Her brother Sam was also a performer who played the butler in a Three Stooges film called Heavenly Daze. And her sister Etta was an actress too. They were sort of like an early 1900s version of the Arquette Family, or Will and Jada Pinkett-Smith’s kids.

In 1931, Ms. McDaniel moved to Hollywood to try her luck in moving pictures. Spoiler Alert: She made it! But before becoming the first actor of colour to win an Oscar, she once again had to work as a domestic servant between auditions. Every once in a while, Hollywood gave McDaniel a break from being an IRL maid by giving her a bit part playing a pretend maid on screen. No one was taking advantage of her considerable potential.

After a series of minor roles, McDaniel finally got her big break in 1934 when she received a leading part in the John Ford film Judge Priest. She was thirty-nine at the time. Tell that fact to your parents the next time they suggest you switch careers and give up on your dreams! See, learning history is useful because it provides ample examples for arguments with your relatives.

McDaniel later earned parts in iconic films like Show Boat and Saratoga. The set of Saratoga was where McDaniel first met superstar Clark Gable (the Ryan Gosling of his day). Gable soon became a fixture at the legendary and fashionable parties McDaniel threw throughout the thirties and forties. She was friendly with other stars too, including the likes of Bette Davis, Shirley Temple and future Republican president Ronald Reagan. (Don’t worry: We know she didn’t share Reagan’s politics.)

It was in 1939 that McDaniel received a role that would make her immortal. She was cast as Mammy in Gone With the Wind. She starred alongside her bestie Clark Gable and other screen luminaries like Olivia de Havilland. Gone With the Wind was one of the first technicolour blockbusters. It was the Titanic of the early twentieth century and, at one point, was ranked the highest grossing film ever made.

Based on Margaret Mitchell’s novel of the same name, Gone With the Wind is an epic civil war drama. It bizarrely (and offensively) casts the confederates as its heroes and makes apologies for slavery, suggesting people of colour didn’t suffer too badly on the plantation. Obviously, this absurd idea that slavery was okay is a white lie. By “white lie,” I don’t mean that it’s a harmless falsehood. I mean that it’s a lie perpetuated by racist white people.

Anyway, amidst the racism, McDaniel managed to distinguish herself. Her character, Mammy, was an enslaved woman who raised and nurtured the film’s white protagonist, Southern belle Scarlett O’Hara. McDaniel’s performance showcased a dazzling range of emotions. The character of Mammy contains multitudes, alternating between giving stern warnings to the headstrong Scarlett, and grieving over the tragic death of a little girl she’d looked after from birth. The role afforded McDaniel the opportunity to showcase her famous comic timing in one scene, before tearing up in another. She was unforgettable.

After considerable critical acclaim, McDaniel won the Academy Award for best supporting actress at the 1939 Oscars; however, because of segregation, she and her date were forced to sit at the back of the auditorium. When McDaniel’s name was called, she had to brave a long and degrading walk to the stage. Unflappable, she still gave a stellar acceptance speech you can hear over here.

McDaniel was not without her critics. In the 1930s, there were those who accused her of perpetuating racist representations of Black people on film by portraying a string of domestic workers. Today, however, many film scholars point out that McDaniel should not be held responsible for the lack of strong and interesting roles for women of colour. McDaniel, after all, was not a studio head; she was an actress trying to make a living. McDaniel herself said it best when she responded to her critics this way: “I’d rather make $700 a week playing a maid than working as one.” No matter how hard others tried to tear her down, McDaniel was a consummate professional.

McDaniel died of breast cancer in 1952. She was only fifty-seven years old. Her last wishes were to be laid to rest in the famed Hollywood Forever Cemetery, alongside fellow screen legends like Douglas Fairbanks. Sadly, her request was denied. It was not until the late nineties that Hollywood Forever changed its racist ways, allowing McDaniel to be re-interred there.

Upon her death, McDaniel donated her most prized possession, her Oscar, to the historically Black Howard University. The plaque (this was before they handed out naked gold men to supporting actress winners) was displayed in a glass case in the school’s drama department. Sadly, the artifact went missing in the 1960s. It’s not known who took it or why. But regardless of the award’s whereabouts, McDaniel’s historic win will always be in the history books (or, in this case, blogs).

Want to know more about Hattie McDaniel? Check out these resources: