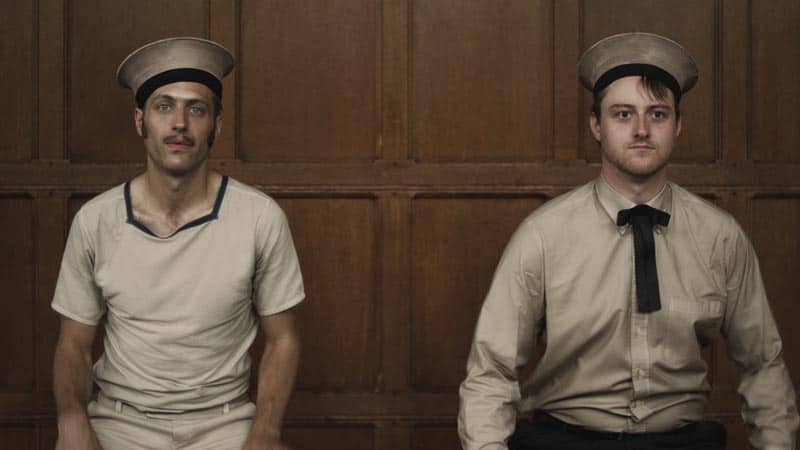 Feint of Hart Pansexual Punk Opera is back for a special two-week engagement, and you don’t want to miss it

Henri Fabergé’s Feint of Hart is coming to VideoFag next week! If you don’t already know, Feint of Hart is the brainchild of the Fabergé Fruits Collective. It originally ran for seven months at the University of Toronto’s Hart House as a monthly cabaret, and the show has enjoyed a cult following ever since. Fabergé and the group of dedicated people that work with him are creating cutting edge theatre. Their work is challenging and innovative, spanning over many genres while diverging from traditional theatre production.

Feint of Hart is set “sometime in the Edwardian era, in some place like England” and follows Henri, a young cadet at the Boyce Naval Academy, in his pursuit to become a rock n’ roll sensation. Its content is magical, hilarious, and risqué… Feint of Heart experiments with theatre production, sexuality, and imagination in a wild combination of theatre, music, and film. Feint of Hart showcases the talent of many Canadian artists including director Zack Russell, actors Alex Tindal, Kayla Lorette, and Roger Bainbridge, and art director Juliann Wilding. Past musical guests include Doldrums, Maylee Todd, Bob Wiseman, and Bahamas.

At the Feint of Hart media preview, we were blown away by the show’s richness. It specialized in the combination of art direction, costuming, and sound design to create a bizarre and fascinating world where almost anything is seems possible. In fact, the show’s creators promise secret drag queens, debaucherous rock shows, murder, treason, and maybe even full-frontal male nudity. Beginning July 4, Videofag presents the series distilled to two parts, in a limited two-week engagement. Each performance promises to be different, with surprise cameos and guest musical performers every night. This unpredictability adds to Feint of Hart‘s roguish charm—and we do mean roguish. This show is sure to steal a few people’s hearts.

So if you’re looking for a little escapism and a lot of entertainment, or if you’ve reached the end of Pride Week and want to celebrate some more, you’ve got to see Feint of Hart. Tickets are $20 for both episodes and can be purchased at Soundscapes (502 College St.) and Rotate This (801 Queen St. West). Obviously, anything described as a “Pansexual Punk Opera” is worth checking out.

Watch the Feint of Hart preview to get excited: