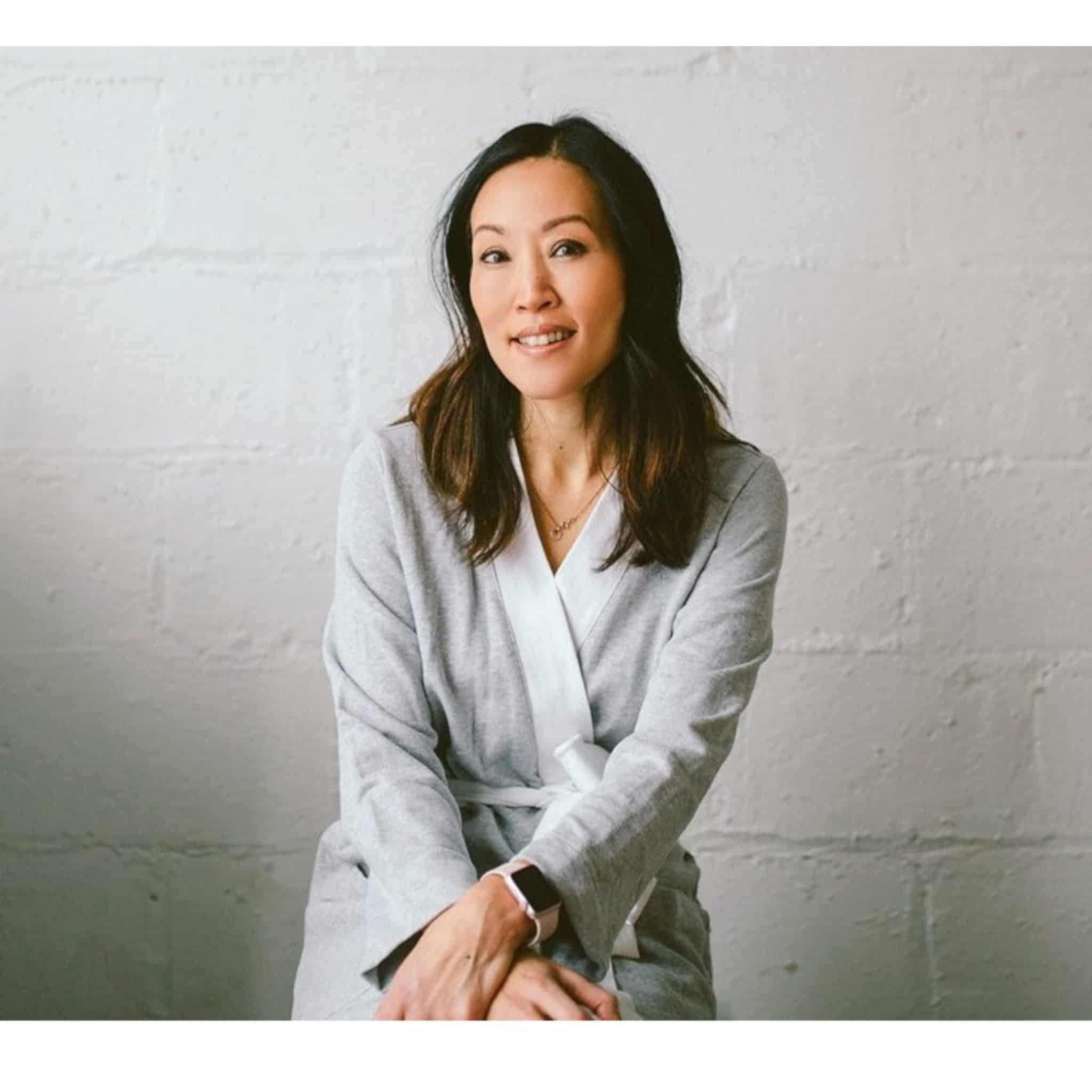 Fight Stigma, Inspire Hope: SoYoung Founder Catherine Choi Shares How Her Battle With Heroin, Over Two Decades Ago, Shaped the Successful Entrepreneur She Is Today

Catherine Choi is the founder of SoYoung, a wildly successful and beloved Canadian company that is best known for its stylish collection of school knapsacks and lunch bags, which are easily spotted by their cute monochromatic illustrations and understated designs. Catherine is also a woman in recovery for heroin use.

While she thankfully kicked the deadly addiction twenty-one years ago, Catherine only recently decided to incorporate this part of her story into her brand. It’s a bold decision that I greatly admire, and it significantly changes how her products are received. The choice to make her full story known occurred around the same time that SoYoung launched a collection of lunch poches, chic wearable lunch bags for adults. 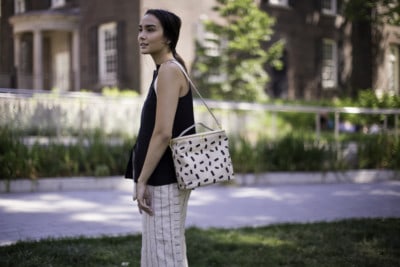 Made with SoYoung’s signature linen, with refined prints like Black Paper Gold Splatter Lunch Poche or my favourite, the Linen Block Lunch Poche, it’s one of the few lunch bags we can imagine decorating the pages of VOGUE. But there’s something else that distinguishes this popular eco-friendly collection: If you’re browsing the bags at a boutique, and look closely, you’ll notice a small card with an attractive font that reads: “Big Sweeping Life Changes Boil Down To Small Everyday Decisions.” Flipping it over reveals even more:

“Twenty years ago, I got clean from a drug addiction that started me on a powerful journey of personal healing. I had lived a good portion of my life believing in my own lack, with an overwhelming sense of unworthiness. In small steps, I worked through my doubts and fears and found the courage to think bigger, believe in my own capabilities, and pursue a greater vision—a vision that led me to create SoYoung. It is my deepest hope that, through our products, we empower others to overcome their own limiting beliefs and access the courage necessary to pursue their own best life. Catherine Choi, Founder.”

Reading this, I imagine how the message will affect shoppers, how this powerful note will surprise them, shift their thinking, their day. “We never know what someone is going through, what their story is. I wanted to share my story as a way of acknowledging that, but also to give hope to people.” In doing so, Catherine is also fighting stigma in a major way, giving customers—or everyday people—a different version of “an addict” to imagine, or possibly identify with.

Like every person who turns to drugs or alcohol as a form of escapism, a way to numb, Catherine had a variety of reasons behind it. She grew up in a very strict household, with an abusive father, where there was a lot of pressure to perform academically; as a first-generation Canadian, she never felt like she fully fit in to Montreal life, often feeling like “the other.” At the age of twenty-three, tasting freedom for the first time, Catherine rebelled against her upbringing, attaching herself to a boyfriend who introduced her to a variety of substances, including heroin.

Catherine was hooked on the powerful drug from the instant she felt the euphoric high calm her entire body and mind. It wasn’t long before she began to steal money from her father’s investment portfolio (which she managed) in order to pay for the habit. “It was my lowest moment, and I knew it,” she says, a look of remorse still present in her eyes. He found out, as she knew he would, and it was the shame that Catherine felt, coupled with the fact that her life was quickly deteriorating, that persuaded her to take the difficult steps to get off heroin. “I am one of the lucky ones. I was convinced that I would die a heroin addict, but by opening a tiny window of possibility in my mind that there could be another way, and then taking action on this, it was like I was led to the right people and places that helped me get and stay clean. I can only call this an act of divine intervention.” 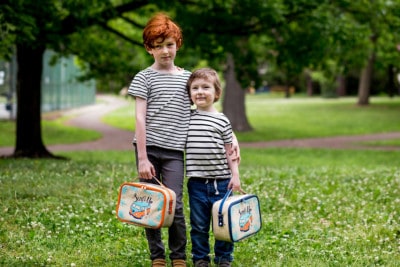 That was a very long time ago, and certainly a chapter of Catherine’s life that could have remained in the vault, but as a mother of three, she began thinking about this part of her story again when her twelve-year-old son asked her if she had ever done drugs. “I didn’t have a script ready. All I knew is that if I was ever asked, I would answer honestly.”

Once your secrets are revealed to your family, it’s often easier to air them out in the open, and the message of hope, the power of change, is an example that Catherine wants to set for her children. “I guess I hadn’t ever incorporated my addiction story into my work because I was protecting my kids, but once I told them, I began to re-evaluate what it would look like if I were to share my story.”

Many life chapters have been lived since Catherine first stopped using heroin; she is a mother to three kids and an entrepreneur with a booming business that has garnered her a lot of publicity. What hasn’t changed is her commitment to recovery. “It looks a lot different today than it did when I first stepped into the rooms. Nowadays, my recovery is a lot more about my continuous pursuit towards pushing past my limiting beliefs, and tapping into my potential. I am capable of so much more that I ever thought (we all are). Meditation and the cultivation of my inner state is where my primary focus lies because it’s the key to everything in my external world. I believe the quality of what I eat greatly impacts my ability to perform and contribute and am now moving towards a plant-based diet. Now with this initiative of sharing my personal story, I’m connecting with a lot of people, speaking openly and freely about my history. It’s been an amazing experience. When you open up and allow yourself to be vulnerable, it gives other people permission to do the same, and what gets created is an opportunity for true connection. And there is nothing more rewarding than knowing that you’ve touched someone, and vice versa, in a meaningful way. The countless messages of love and support I’ve received have made all of the challenges and fear and doubts associated with running a business worthwhile.” 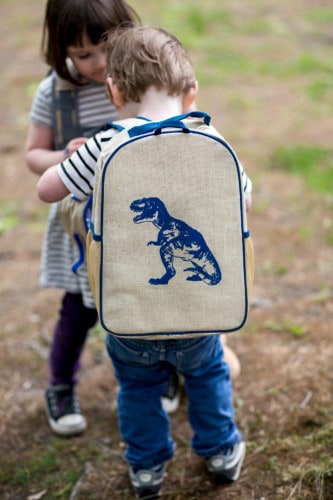 People love SoYoung Lunch Poches because they are well designed, fashionable, and sustainable, but more than that, Catherine’s story is impactful, stopping people in their tracks to reconsider their own limiting beliefs and how they might push past them. The bold move that many would have warned as being “too risky” has given SoYoung a deeper sense of purpose, and a depth that everyday accessories rarely possess.

“If I can do it, so can anyone,” says Catherine, who is grateful for all the experience life has brought her. “What I went through allowed me to become who I am today. I consider it to be a gift that woke me up to the fact that we are so powerful. And that the choices we make in our lives can either hurt us or lift us up.” We’re so happy her journey unfolded the way it did. Save money, save the planet, be inspired, fight stigma: the extremely stylish SoYoung Lunch Poche is a fashion statement if we ever did see one. 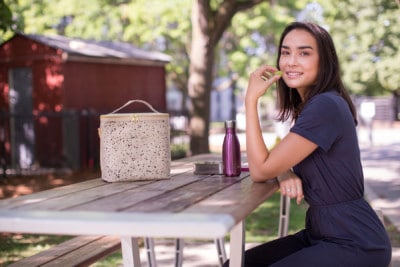