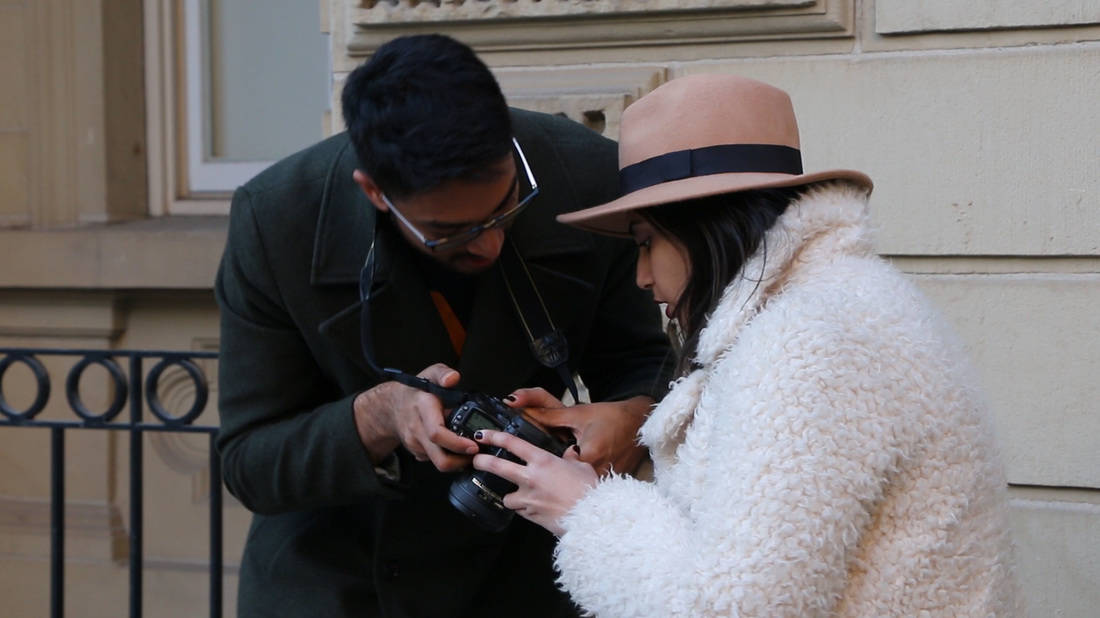 Toronto Youth Shorts film festival will be taking place this Saturday (August 6th) at Innis Town Hall. With 44 films on the roster, the range of subject matter is as eclectic as it gets.

We plucked a half dozen films that intrigued us most to spotlight. In her film Filter, Leah Lalich explores the biz behind Instagram stars. Specifically, she zooms in on @omgliterallydead to examine the challenges they face with the delicate balancing act of authenticity and financial sustainability. It’s a hot topic.

Are paid product placements more common than we’d like to think they are?

Actually, yes. And it’s not just about strict product placement or sponsored content for brands, it’s more about the stuff that happens by accident: once you get that following, everything is sort of promoted, in a way. It’s street style, taking pictures of food, going on vacation. The products and services aren’t always sponsored, but people are buying into it because they see it, value the person posting it, and they like it. And brands and services are tapping into that and recognizing the reach and influence that people who are popular on Instagram have, and that’s why more of their posts are getting sponsored. It goes both ways.

The term influencer is so cringey, but that’s what is happening: you see something you like, and you want to look like that, so you buy that product. It’s ubiquitous and we are privy to it without even realizing it.

How much work truly goes into making content. I thought my Instagram game was pretty good, but excelling at it is its own art form. Making a theme, having quality pictures, shooting at particular times of the day. I also didn’t know that a lot of people actually use DSLR’s and not their phones.

When it comes to product placement, is it better to be VERY OBVIOUS or subtle?

It’s more about being transparent and honest about it. Of course when there’s sponsored content it’s supposed to be marked clearly, and people aren’t stupid, they get it. But I think followers appreciate it more when creators aren’t exclusively just doing sponsored content or making content that they’re getting paid for. There’s a balance there.

What celebrity really sucks at this?

I read somewhere that Selena Gomez receives over $500,000 dollars per sponsored post on Instagram. Gigi Hadid and Kendall Jenner make $300,000+. That’s insane. But it’s not bad because it’s relevant to projects they’re working on, and it’s obvious. Of course they’re going to do it. But recently, Scott Disick accidentally posted a photo on Instagram with the caption copied and pasted with the instructions of what he was supposed to say about the product. I think it was protein powder or something. And it blew up in his face. I think that was a startling moment for followers when they realized they need to be more careful about believing opinions from celebrities.

MTV reality TV celebrities and the Kardashians are the worst for me. There’s a few YouTubers and Instagrammers and it’s all the same stuff: teeth whitening kits, teatoxes, vitamins, protein powder. They’re so forced, and they’re all promoting the same thing in the same way. How these posts exist really speak volumes to how we need to gauge authenticity better. Especially on platforms that are intended to share authentic experience. We expect celebrities to do this, but the difference is when it’s people who you accept on this level of friendship and trust that aren’t as elevated and are trying to level with you that it’s more so problematic. It only really works when you believe them.

Why did you choose to profile @omgliterallydead, run by @danaherlihey?

The original vision for the film was to look at lifestyle bloggers exclusively, since the net they cast in terms of content is so huge: from fashion and travel, to food. We were really trying to find someone doing similar things as New York based blogger @weworewhat, but on a smaller scale that was also Toronto-based. So when we met Siffat (@icingandglitter) she really fit that vibe. When we were shooting she was working full time at a magazine but still pumping out content on her blog and Instagram regularly, which was appealing, because she was in the process of switching to full-time blogging. Her work is so genuine and thoughtful, and that was something that we got to capture. The timing was a real sweet spot for us so we wanted to take advantage.

We actually almost didn’t include Dana at all. I didn’t really understand @omgliterallydead at first and thought it was a joke. But she’s actually a genius. Skellie is really flipping the script on traditional sponsored content on Instagram, because the product has to appeal to Skellie, not Dana, so there’s a bit of a buffer between Dana and her audience. That’s a completely different perspective that was so crucial.

Showing both of their styles while also being represented at the same agency shows how people are reaching popularity by using entirely different approaches, but that pressure for authenticity is still there. There are definitely people out there who force their brand deals, but it was refreshing to see two people who work hard to break out of that.

So, got a favourite filter?

I like to stick with the ones that play with contrast. Aden and Gingham are my go-tos.

Does Toronto have a sound? In her film Step 1, Carlee Diamond explores Hip Hop in The 6ix