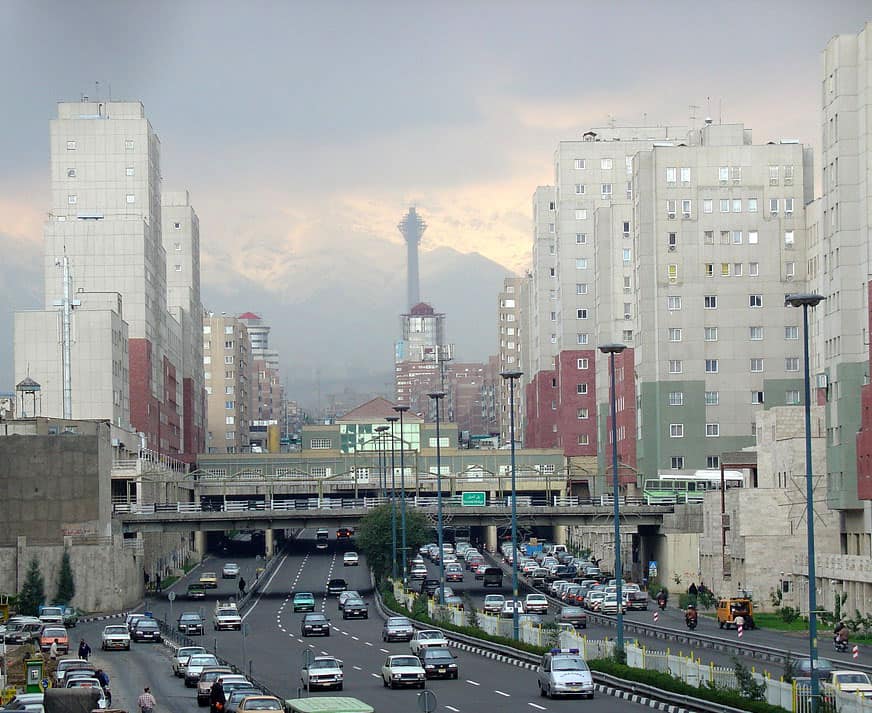 "The streets are brimming with of traffic, roads filled with Peugeots, Kias, Citroen Xantia’s and some other Iranian-assembled cars that I’ve never heard of in my life."
Travel

First off, I’d like to apologize for being two weeks late on this post. I think I’ve finally cured my double jet lag with heaps of tea to keep me awake between the hours of 10am to 7pm. I also forgot to mention in my last post that the only person who knew I was actually arriving was my paternal grandmother. I wanted to surprise the rest of my family, so the only person getting me from the airport was my grandmother (it took me 30 minutes to find her thanks to incorrect flight status).

Flying in from Istanbul, where I stopped before my flight to Tehran, I met a couple 20 something Iranians that had been away on vacation. For Iranians, Turkey is the number one travel hotspot for 3 reasons: it’s only 3 hours away, doesn’t require a visa and is virtually the closest thing to the Western world in the east.

Istanbul is the perfect blend of the religious familiarities of home with a European twist, and perhaps this is why I felt quite comfortable there as well. These young Iranians went to Istanbul to party, relax and be ‘free’ for a week. They asked me if I liked Canada or Iran better and I found that question rather odd. I mean, I’ve been in Canada almost my entire life, but I know that given a slight change in my father’s decision to take refuge in Canada, I too would be a 20 year-old in Iran. I told them I liked both and they agreed that family was very important too, despite the ability to live freely in Canada. I felt good about coming back to Iran.

And so I arrived in a Tehran wearing a kimono and a light headscarf and no one said anything to me or told me to “fix my hijab.” That felt nice, and so did the breeze of Tehran’s spring weather. I could see some remains of winter in Iran as we drove past the snow-covered mountains (yes it snows in Iran).

My grandmother lives across the Damavand mountains, and has a pretty great, rare view. I say rare because the layout of homes in Tehran is rather cluttered, with views of other apartments instead of scenery. The city’s buildings are mainly white- or neutral-coloured apartments that are attached side-by-side, housing over 7.8 million people just in the city itself. The majority of the apartments go from 3 to 10 floors, although the city seems to be undergoing tons of construction for bigger, newer buildings. The newer “Borje-Milad” tower is just 100 metres shorter than the CN tower back home.

I’ve noticed a similar colour scheme amongst the cars here—it feels like everything is white, grey or black. The streets are brimming with of traffic, roads filled with Peugeots, Kias, Citroen Xantia’s and some other Iranian-assembled cars that I’ve never heard of in my life. Amongst these legal cars also float a large number of smuggled Benzs, Ferraris, BMWs and Porsches that I have been told cost double the retail cost due to the difficulty of getting them imported into the country.

Overall, my first impression of the city is that of a vibrant, bustling (if monochrome) metropolis. If I weren’t Iranian and a North American in Canada or the United States, I would probably think that Tehran was a desert and that the people wore robes and rode camels to work. Thanks Western media. Welcome to the largest city in Western Asia. 20 year olds here blast Miley Cyrus too. P.S I also didn’t get stopped by any riots.

"The streets are brimming with of traffic, roads filled with Peugeots, Kias, Citroen Xantia’s and some other Iranian-assembled cars that I’ve never heard of in my life."