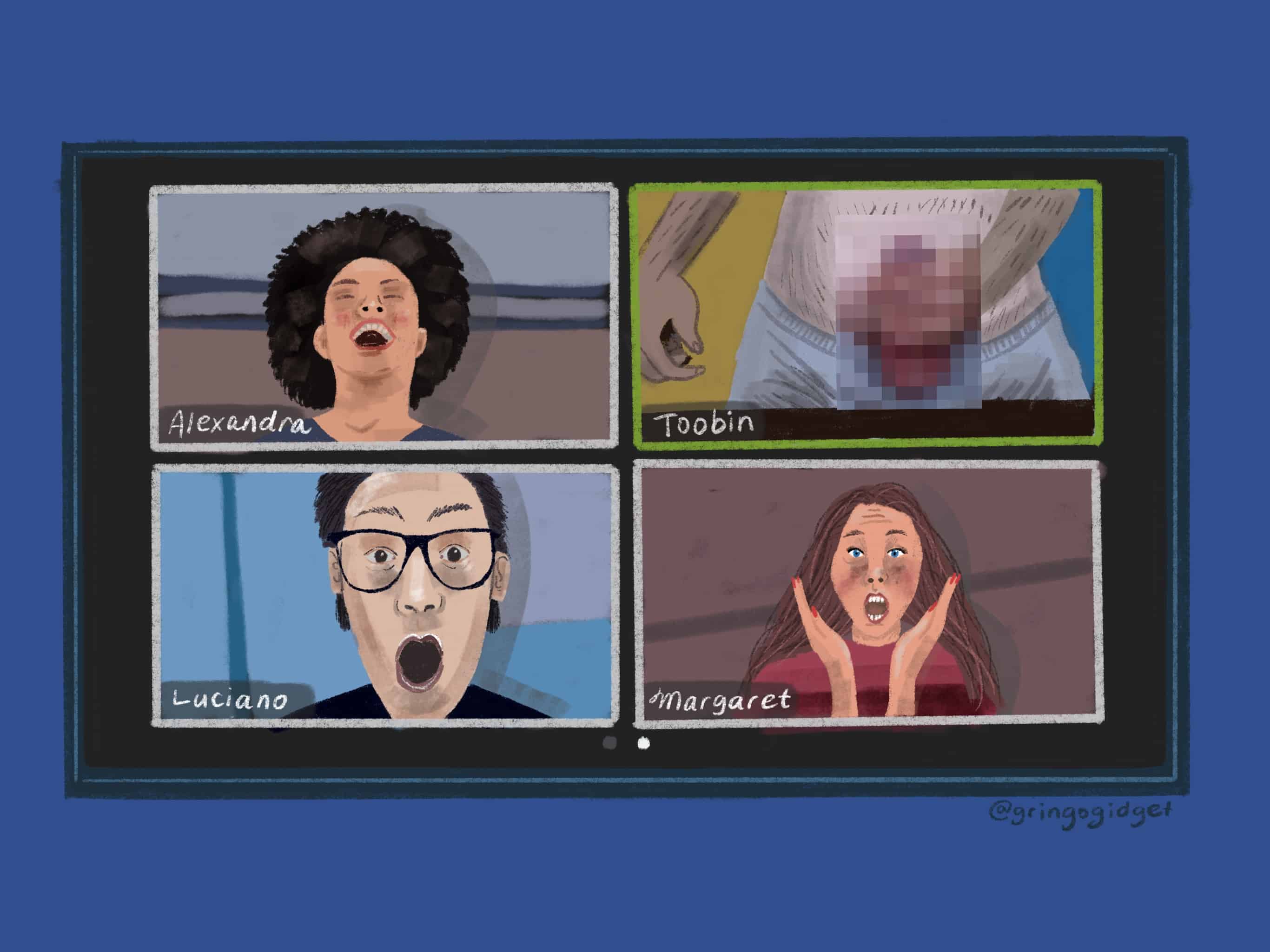 Reading about why Toobin was suspended (yes, suspended, not fired) from The New Yorker was kind of like scrolling through one of those stories on Twitter that gets crazier with each tweet. Was he in his underwear? Worse. Was he naked? Worse. Was he touching himself? Worse! At first, I read that he’d accidentally exposed himself to co-workers. But then more details emerged. I learned he’d been caught masturbating on camera during a Zoom call because he was simultaneously engaged in a separate call. Toobin thought that his camera was muted and since the work call was on a break, he saw no issue with angling his camera to his crotch and jerking it while talking to his partner (it’s still not clear who that partner is).

I’m sure we’ve all done something embarrassing or unintentional during a Zoom call. I’ve guiltily scrolled through the Sephora website while pretending to pay attention. I’ve seen friends excuse themselves for eating or even having a beverage. I once blew my nose loudly without muting myself first. These are all normal things that happen on Zoom. What’s not normal is someone deciding that they can do their real-life job and engage in sexual activity at the same time.