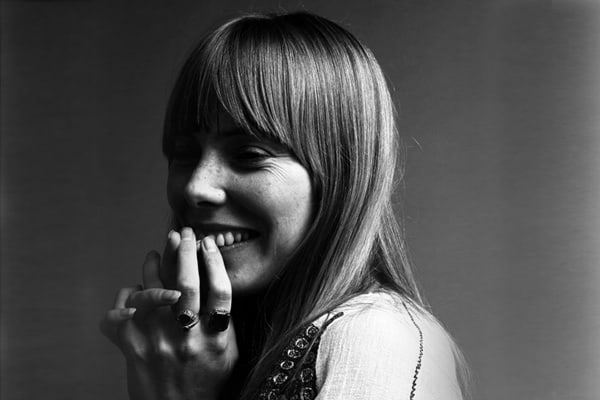 Luminato Festival, Toronto’s huge cultural festival, is back from June 14 to 23. Celebrating music, theatre, dance, visual arts, literature, film, and more, Luminato is a great and exciting way to get some culture—both local and international—in your life. There is an intense amount of things to check out, and they all sound amazing, but here are our top five must-sees.

The Life and Death of Marina Ambramovic

Telling her life story under the direction of acclaimed director Robert Wilson, international art star Marina Ambramovic plays dual roles on stage: those of both herself and her mother. Following her personal narrative from her troubled childhood in Serbia to her current status as an artistic icon, the show is sure to stir up some pretty intense emotion. After all, that’s what Ambramovic does best. The show is making its North American debut at Luminato. $55-$125.

After being born in New York, Lhasa de Sela settled in Montreal. The singer-songwriter released three albums, the last of which was released in 2009—the same time she was diagnosed with cancer. She died less than two years later. To celebrate her life and artistry, choreographer Pierre-Paul Savoie created this tribute of music, dance, and film—presented outside Quebec for the first time. Free.

Surrounding a theme of beginnings, over 60 authors including Jowita Bydlowska, Stacey May Fowles, and Edward Keenan (hi, Ed!) will take to three stages to share selections from their work. They will also be discussing how they start the process of writing, and how a story begins; as well, many authors will be setting up picnic blankets backstage for special one-on-one chats with the public. Book nerds are encouraged to bring gently used books to trade for others at a special table; the Toronto Public Library Bookmobile (um, COOL) will also be there. Pack a picnic or munch snacks from one of the many food trucks that will be on site! Free.

The City as a Stage

This talk centres around how we live together in cities and how public space defines our day-to-day human interaction. How do we collaborate and live harmoniously in our city? How can we better our city, creating more inspiring and exciting experiences for all of its citizens? The talk will be led by Toronto’s Chief Planner Jennifer Keesmaat, Vancouver “condo king” Bob Rennie, and Centennial Professor of Sociology at the London School of Economics Richard Sennett. $20.

Joni: A Portrait in Song

Iconic singer and artist Joni Mitchell is turning 70. 70! To celebrate, Luminato — working directly with Mitchell — is putting on a massive tribute to her and her music. Featuring an all-star lineup of artists, including Chaka Khan, Glen Hansard, and Rufus Wainwright, the evening will demonstrate the power and longevity of Mitchell’s work. $35-175.