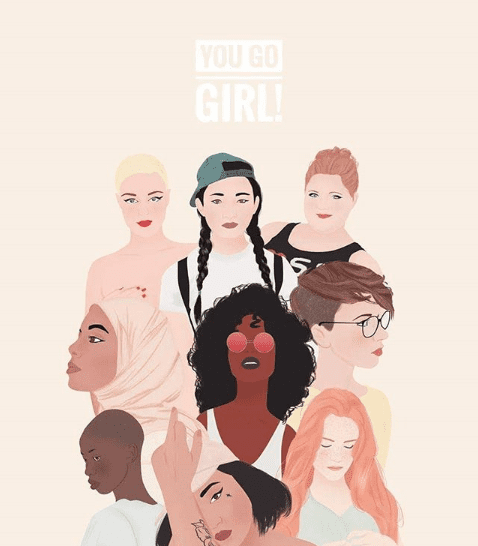 SDTC: What is Flip the Script sexual assault resistance program all about?

SC: Flip the Script, also known as Enhanced Assess Acknowledge Act (EAAA), is an interactive small-group program designed to help young women effectively resist sexual assault. Over the course of twelve hours, women learn how to accurately recognize risk for sexual assault, particularly risk from men they know; to trust their judgment and overcome emotional and psychological barriers to resisting acquaintances, such as the social pressure to “be nice”; to use effective verbal and physical self-defence strategies; and to identify their own sexual and relationship values and boundaries. The program is inclusive of cis and trans women with a range of sexual identities, abilities, and sexual assault histories.

This evidence-based program was developed by Dr. Charlene Senn, Professor at the University of Windsor and Canada Research Chair in Sexual Violence. The program was developed over a ten-year period of research and evaluation and is grounded in the best available theory and research on sexual assault resistance.

How did you get involved with this program?

I first became involved with Flip the Script in 2011 when I was a graduate student at the University of Guelph. At that time, Charlene Senn was leading a large study at three Canadian universities to test if the program was effective for first-year university women. I had the privilege of being a part of the research team in Guelph for almost four years. I was fortunate enough to return to working with this program in 2018 when I started a postdoctoral fellowship with Dr. Senn at the University of Windsor focused on creating a version of Flip the Script for adolescent girls.

What are the results you’re seeing after this program is implemented?

Flip the Script is highly effective in helping women resist sexual assault. When we tested the program with 900 first-year university women, the results showed that Flip the Script reduce the incidence of completed rape by 46% and attempted rape by 63% in the following twelve months. Rates of sexual coercion and non-consensual sexual contact were also reduced among young women who took the program compared to those who did not. This means that only thirteen women have to take Flip the Script for one fewer attempted or completed rape to be experienced.

We also saw important changes to women’s knowledge and attitudes after they took Flip the Script. Results showed that women were better able to accurately detect risk for sexual assault, were more likely to believe that they could effectively defend themselves if needed, had increased knowledge about effective self-defence strategies, and were less likely to believe rape myths and blame women for sexual assault. These are all important psychological factors that may help women more effectively resist sexual assault.

How do you see this project growing in the future?

There are some really exciting initiatives that are just getting off the ground to create adaptations of Flip the Script for different groups. Over the next five years, I’ll be working to develop and test a version of Flip the Script for teen girls. Waiting until university is often too late, because among rape survivors, about 50% are assaulted before the age of nineteen. Many young women also don’t attend college or university, so we need to make sure we are reaching younger girls and women before they leave high school. Other researchers in Canada and the US are working on versions of the program for trans and gender non-conforming folks, and low-income and racially marginalized women.

What sets this program apart from other initiatives surrounding sexual assault prevention?

Sexual assault prevention often takes the form of “safety tips” for women, such as don’t walk alone at night, don’t walk with headphones in, and don’t drink. These “tips” limit women’s freedom and actually do very little to increase women’s safety, because they tend to be focused on sexual assault risk from strangers. We know from decades of sexual assault research that perpetrators are most often the men that women already know. Flip the Script doesn’t tell women what they should or shouldn’t do, and it challenges common myths about sexual assault that blame women for sexual assault.

The program also includes a focus on women’s relationships and sexuality as part of resistance training. Too often, the first time we think about our own sexual desires and boundaries is in the moment, and by then it is often too late. Flip the Script creates room for women to think about their own sexual and relationship values in a safe, empowering space. By knowing what we do or do not want (or what we might be willing to explore and with whom), we are better able to recognize when those boundaries have been crossed.

Flip the Script is designed to be one part of a comprehensive approach to sexual assault prevention. The only way to truly prevent sexual assault is to end the perpetration of sexual assault, and for that we need effective programs for boys and men (who commit around 98% of all sexual assaults), among other initiatives such as bystander programs that teach third parties to intervene, and high-quality sexual health education.

Although there are ongoing efforts to develop effective perpetration prevention programs that result in long-term behavioural change, we’re not quite there yet. Women deserve to live their lives without the fear of sexual violence. Effective sexual assault resistance programs like Flip the Script can offer women knowledge, skills, and confidence to respond effectively when sexual assault risk is present and reduce the greatest amount of harm possible without restricting their personal freedom.

We’re running Flip the Script in London on February 16/17 for young women sixteen to eighteen years old (in high school or recently graduated). Registration is free and spaces are still available. Contact me at sara.crann@uwindsor.ca to sign up!

Where should women go if they want to learn more or want to introduce this in their own communities?

You can learn more about Flip the Script and how to implement it on your own campus or community by visiting the SARE (Sexual Assault Resistance Education) Centre at the www.sarecentre.org. If you’re a parent, teacher, or young woman interested in the work to adapt the program for teen girls, I would love to speak with you! My email is sara.crann@uwindsor.ca. You can find out more about teen adaptation project on Facebook at @GirlsResistProject and on Instagram @girls.resist.