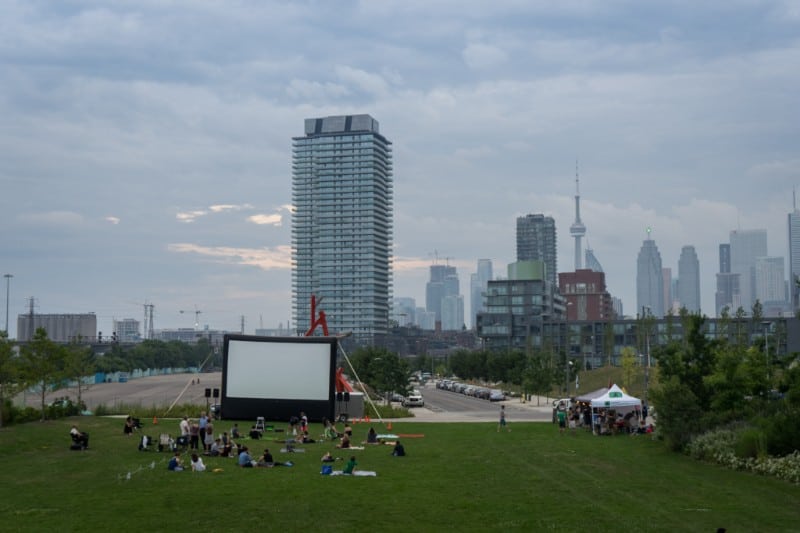 Corktown Commons is a true Toronto gem. With sprawling lawns, a marsh, urban prairies, and a spectacular new playground/splashpad, this former brownfield has been transformed into the perfect spot to pass the hazy summer days (and hot summer nights).

Now, Corktown is sweetening the deal by adding free (or PWYC) films to the mix, every Thursday evening (starting on July 5), courtesy of Toronto Outdoor Picture Show. This year, they’ll be screening Roman Holiday, Scott Pilgrim vs. The World (with its copious nods to Toronto), Selma and Cabaret.

Eats & treats begin at 7 p.m. with films screening at sundown. BYOBlanket & chairs to this accessible venue.