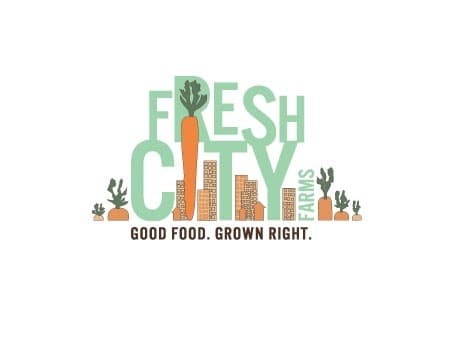 Fresh City Farms is two things: First, it is a downtown Toronto organic farm. Second, it is a food delivery service, dropping off boxes of the locally grown produce right to your door. As someone who is incredibly guilty of getting suckered into unhealthy and unnecessary sales at the grocery store (BOXES OF PIZZA POPS ARE TWO FOR ONE?! I’LL BUY EIGHT), I find this project really interesting.

Part of what the farm wants to do is get more city farmers involved in producing local organic food downtown (that they can then, in turn, deliver to more people in the city who hate check-out lines and love supporting local businesses). Fresh City formed in 2011, and has since seen farmer numbers grow pretty rapidly. The farm currently has about 24 farmers working, but they would like to get that up to 100 (100!) by 2015. That’s where the rest of us come in.

Fresh City is hoping to raise $20,000 by Feb. 23 in order to facilitate the space and tools needed for more city farmers to take part in the project. They’ve started a Kickstarter campaign where you can check out a video about why they do what they do, as well as a breakdown of the farm’s history, goals, and how your money will be used.

Supporting local farmers, getting local food (that’s actually good for you!), and reducing harm to the environment? Seems like a pretty sweet deal, and a pretty easy way to help out the Toronto economy. It doesn’t mean you have to stop loving Pizza Pops (a pretty impossible task, if you’re, well, me); it just means you can love other (um, better) products, too.