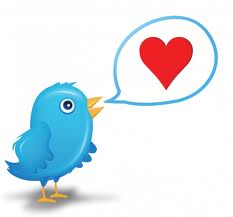 Mayor Ford has arrived in the office. Didn’t answer any questions (even football related ones). He made a hufffffff noise. That’s it.

My favourite Ford coverage. For exactly why, see above.

Changes in attitudes re: online privacy are a long-game thing. Requires shifts in how folks understand the internet as a space #rdigitallife

@amirightfolks (Steph Guthrie)
Gender, the internet, and justice. Founder of @WiTOpoli. IRL Lisa Simpson. ‘This woman, despite being a feminist, makes an excellent point.’ – YouTube commenter

She sums it up pretty succinctly in her own bio. Thoughtful asides about feminism, social justice and the digital age w/ some local politics and drinking thrown in for good measure.

Nothing spruces up the ol’ ego like when the woman in labour and I are wearing the same size and style of underwear.

So, I don’t 100% know this person’s real name or identity, but we once shared a few emotional DMs about Toronto and loneliness and also she’s training to be a midwife and her tweets about it are faaaaascinating.

Strongest brows in the film world provides cinematic and pop culture commentary with vim and wisdom.

never more disappointed in myself than when I misread Hermes in a horoscope as Hermès — Erin, immediately (@erinimmediately) December 1, 2013

Local comedian Jeremy Woodcock makes me laugh a LOT with a lovely mix of smart, quick jokes, and very, very dumb ones.

Who are you fav-ing a lot of these days? Let us know @shedoesthecity!