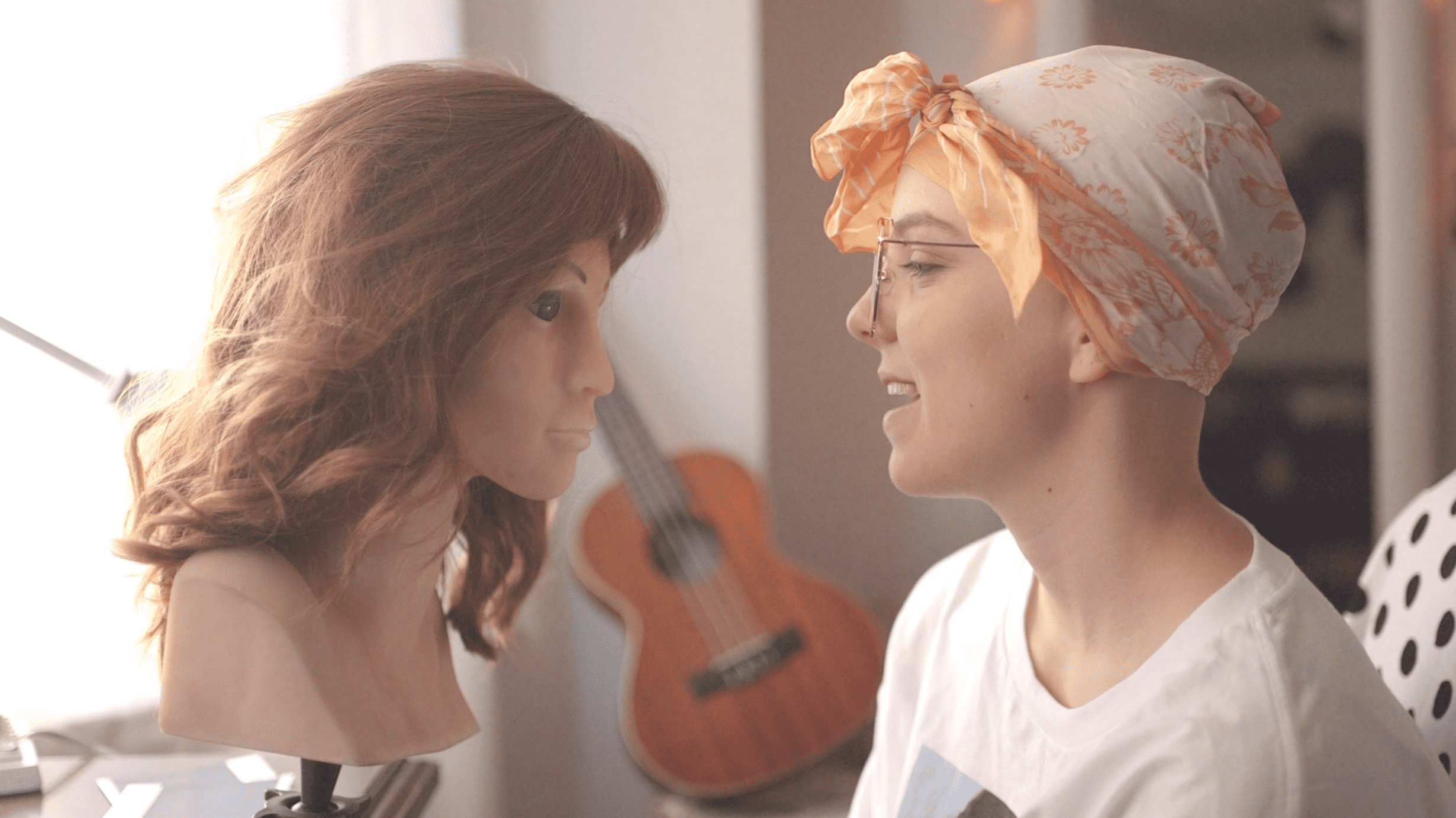 #GetMad: Short Film “Foxy” Shares One Woman’s Journey with Alopecia, and the Anxiety that Comes from Losing Hair

Premiering at the Rendezvous With Madness Festival on Friday, October 11, Foxy is a spunky film that debunks the social stigma surrounding alopecia universalis. Director Trista Suke’s personal story is interweaved with direct-to-camera interviews highlighting people from the community who are also living with hair loss.

For years, the condition caused Trista tremendous stress and anxiety; it was only when she started making Foxy that she began to get comfortable with her own baldness.

We asked Trista what inspired her to explore her fears and feelings of inadequacy in a very public art form, and in doing so, what lessons were learned.

SDTC: What made you want to make this film?

Foxy actually first began as a school project. My roommate Ellis Poleyko (who later became the producer/co-writer) nudged at the idea and I laughed in her face. Pitching a film idea about my bald head—AKA my biggest secret—in front of my entire class? Yeah, no thank you. However, I was super stressed about my alopecia at the time, and I saw it as an opportunity to be set free. Wearing wigs every single day, pretending it’s my real hair, well… gets old.

What do you think is the biggest misunderstanding about alopecia?

I think I was the one who misunderstood alopecia the most. When it happens to you, you think it’s the worst thing in the world. You immediately want to hide for cover, leaving no trace of your hair-loss whatsoever. Insecurity and anxiety eventually rules your life until one day you look in the mirror and say, “Wtf am I doing? Why do I put myself through so much stress and anguish just so others will think that I am ‘normal’?” When I took my wig off and I realized how much power and confidence I gained because of it, I realized I misunderstood alopecia more than anyone else. Alopecia can be (and is) a wonderful thing, if you choose it to be.

How and when did you learn to become comfortable with your alopecia?

It wasn’t until we started filming Foxy that I became sorta, kinda comfortable with it. I lived 10 years of my life in complete secrecy, doing anything and everything I could to keep my alopecia hidden. This included lying to friends, sleeping with my wig on at sleepovers, avoiding any topic to do with hair, and bringing false-eyelash adhesive with me everywhere I went.

So you can imagine how terrified I was to take off my wig for the first time on camera knowing hundreds of people would eventually be watching. I wouldn’t have wanted it any other way. Foxy changed my life. I actually don’t remember the last time I went out wearing a wig without taking it off after an hour (they’re just SO uncomfortable!), and I can thank Foxy for that.

Over the course of making Foxy, what do you consider to be the biggest lessons learned?

I learned that showing vulnerability inspires others to do the same. I learned everyone has their own thing with which they struggle to be comfortable. I learned that true confidence is found within. I also learned how to make a movie. That was pretty cool, too.

When do you feel your most confident? Or beautiful?

I feel the most beautiful when I’m doing something I really love. Whether it’s making a group of my friends laugh, dancing to my favourite song, flirting with a cute boy I like (who likes me back), engaging in a genuine conversation, just cutting all the BS and being 100% ME! Wig or no wig. It’s about being true to yourself.

Foxy is premiering at the Rendezvous with Madness Festival on Friday, October 10, at the AGO. It will be screened with other short films: Consent Is…The Freedom to Choose, Isolation, and Animating Artists’ Health Shorts Program.