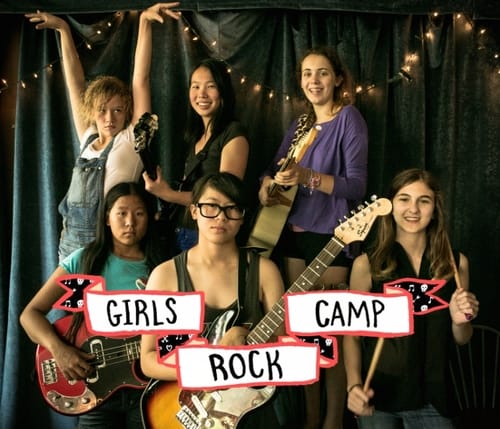 Girls Rock Camp Toronto kicks off an afternoon of female-fuelled rock with a screening of the Hot Docs 2007 official selection GIRLS ROCK! on Sunday, November 16, at 4:00 p.m., at the Bloor Hot Docs Cinema (506 Bloor Street W).

In GIRLS ROCK! young females from eight to 18 select a band, pick an instrument, write a song and perform a concert in front of more than 700 people. The screening will be followed by live performances from Girls Rock Camp Toronto alumni Deanna Petcoff (Pins and Needles) and Brighid Fry.

Girls Rock Camp Toronto offers girls and female-identified youth aged eight to 16—of all musical abilities and economic backgrounds—a chance to learn an instrument, get creative, and rock out. Their afterschool program registrations ends tomorrow though, so get on it if you haven’t already registered.

A portion of proceeds from the screening will support Girls Rock Camp Toronto. Get tix here.