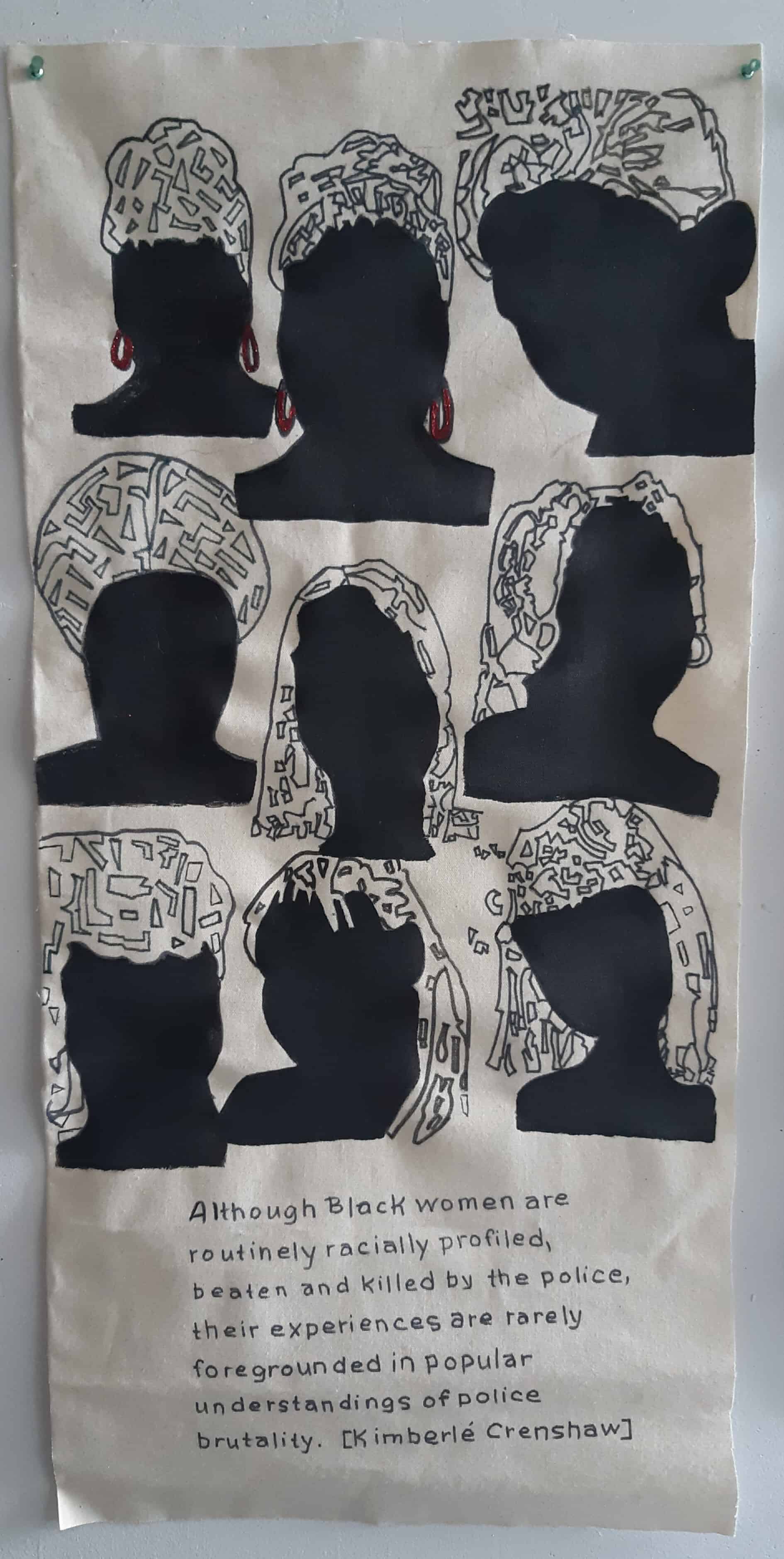 Gloria C Swain is a Toronto-based interdisciplinary artist, writer, performer and activist whose recent work is keenly focused on illuminating colonial violence against Black women. This month, she participated in the Feminist Art Collective residency at Artscape Gibraltar Point and will be presenting her work, Class. Sexuality. Culture. State Violence. #SayHerName, this Saturday at an Open Studio Exhibition.

We asked her about her project this week. 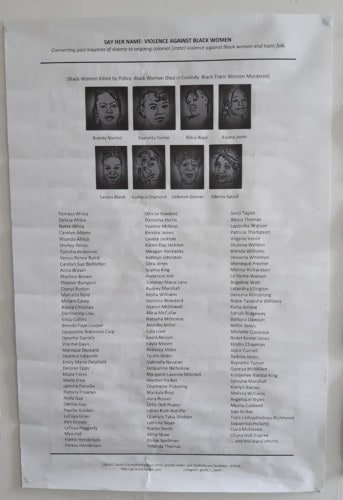 SDTC: Over the course of the residency, how did your project evolve from your initial intention for it?

GCS: The initial intention for my project was to create images of Black women as a reminder of those killed by police, who died in police custody, and various trans women murdered in North America on acrylic flexi-glass frames. Police killing of Black men receive international media attention, principally as a result of the #BlackLivesMatter movement, and I wanted to include Black women in the larger conversation around racial profiling, police brutality and violence. After more research, I felt I had to do more with the project and it quickly became a mixed-media installation. 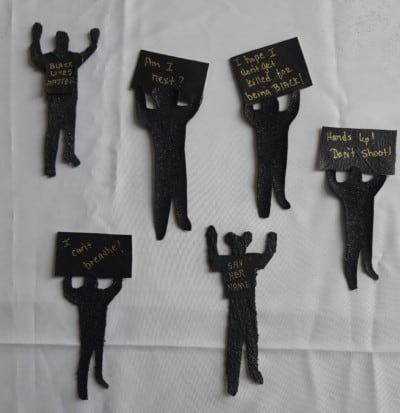 six – miniature young Black protesters figures [each 6″ in height, made from recycled canvas]

Did you come across anything in your research for this project that really surprised you or shifted your perspective?

The work rapidly took a more serious direction due to the recent police shooting of forty-five-year-old Pamela Shantay Turner, who was known to suffer from mental illness. The officer, who remains unnamed, shot and killed Turner as she was on the ground because he feared for his life. Another incident was the shooting death of Black trans woman Muhlaysia Booker, who received little media attention and public outrage.

Of all the women you looked at, whose name stands out to you the most, and why?

Seven-year-old Aiyana Stanley-Jones, who was killed during a botched police raid while she was sleeping on the sofa. My granddaughter is seven years old, and I could not imagine the pain her parents are feeling. It’s unfair that this young girl will never grow up and that her life was cut short by the people who were supposed to protect her. It’s infuriating to know that the officer was never convicted. 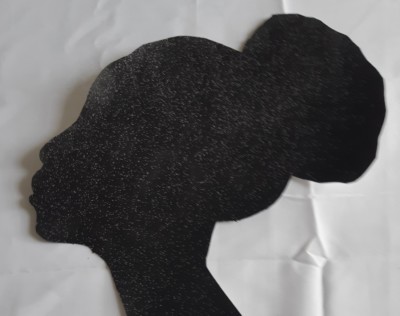 How did the residency expand your artistic practice?

The opportunity to meet all the other amazing feminist artists was great and informative. The sharing of feedback helped make my work stronger and offered direction to reach a larger audience with this work.

What do you hope audiences take away from your exhibit?

I hope that audiences will understand that Black women and trans people are victims of police brutality and anti-Black racism just as Black men [are]. I want to create dialogue and bring attention about police brutality and hopefully find solutions that will hold police accountable for their actions.