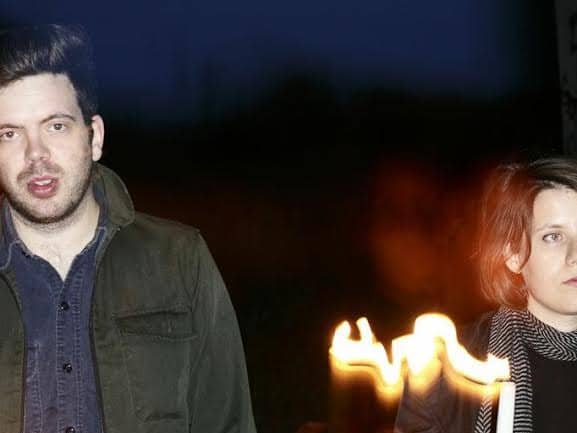 Gramercy Riffs are having an album release party at the Drake this Thursday, February 20th!

Toronto indie-pop rockers Gramercy Riffs haven’t released a new record since It’s Heartbreak three years ago, but the wait has finally come to an end. Desire Trails—their new full-length album—is set for release on February 18th, and according to the band picks up right where the last recorded ended off. Desire Trails takes listeners on an emotions-provoking journey set against the backdrop of the city’s neon landscape at night. Recorded across two provinces, inspiration for this album was absorbed through changing surroundings and concurrent life experiences. The songs speak to hard-earned wisdom and life lessons learned, with boy-girl vocal parts set to a rock-driven 70’s-pop combination. Over the last few years the band has gained momentum by appearing at the majority of notable Eastern Canadian festivals, including NXNE, Pop Montreal, JunoFest and the Halifax Pop Explosion. They’ve also taken to a coast-to-coast tour with Polaris Prize nominees Hey Rosetta!

To celebrate the new release, the Drake Hotel is hosting Gramercy Riffs CD release party on Thursday, February 20th. [Psssst: Insider tip: you can listen ahead, and get familiar with your favourite new tunes online: the entire album is streaming exclusively on Exclaim.] This release show will be the kick off to a promising year for Gramercy Riffs, RSVP here to get in on the action.