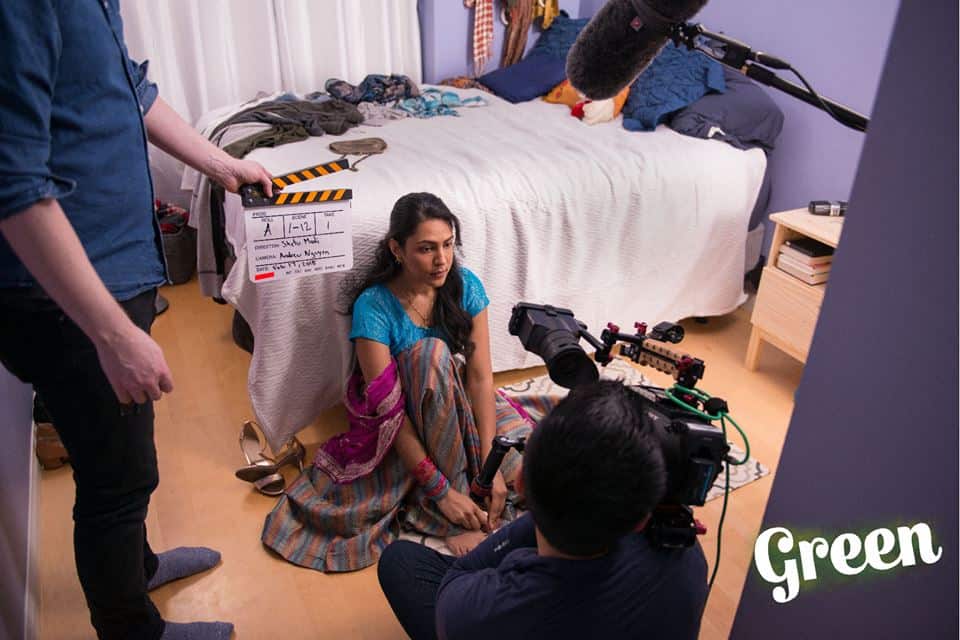 Green is an upcoming web series from Toronto-based filmmaker Shetu Modi. In it, twenty-eight-year-old Avani is on a desperate mission to lose her virginity before her more worldly eighteen-year-old cousin Alisha does.

We asked Shetu about the series this week.

SDTC: You mention that the inspiration to create Green came from feelings of jealousy. Can you elaborate?

SM: The premise isn’t entirely from my own life, but when I was younger I was shy and kind of uptight and not anything like Alisha. And then I would feel envious of people like Alisha, who seem to just relax, regardless of who they’re around. Obviously that’s just perception and not necessarily reality, and I wanted to explore the difference because envy is a feeling most people experience but don’t openly talk about.

What were the challenges you faced in putting Green together?

The most challenging aspect was the speed at which I had to get the trailer together because I decided to apply for the [Independent Production Fund] at the beginning of February and the deadline was March 1. But luckily so many people were willing and excited to help out, even with such short notice.

The IPF funding would mean I could shoot the whole series (nine episodes) as planned and really get into why the characters are motivated to do the things they do. 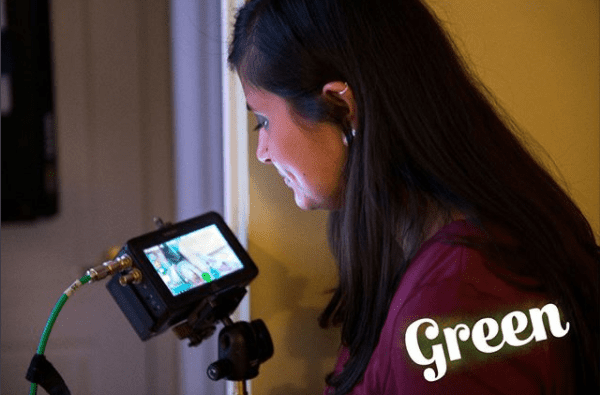 Which character is your fave, and why?

I can’t pick a favourite, but Avani is the character I relate to the most. Alisha is really open with her older cousin, and I don’t think I would have been that open with an older relative when I was eighteen.

Which hat do you prefer (writer/director/editor), and why?

I like editing the best because you can still be imaginative but the stressful part (organizing the shoot) is over. It’s also really easy to become absorbed in editing–I procrastinate less than when I write.

Audiences can expect a fun dramedy about overcoming fear and jealousy, featuring two young women who happen to be Indo-Canadian. Avani and Alisha go to Indian weddings (they’re getting ready for one in the trailer!), eat Indian food, and sometimes dress up in Indian outfits, but being Indian isn’t the main focus of their story.

I think late bloomers will relate to Avani–she’s a virgin at twenty-eight, not out of choice but because she experiences paralyzing social anxiety around guys and also expects any potential partner to be flawless.