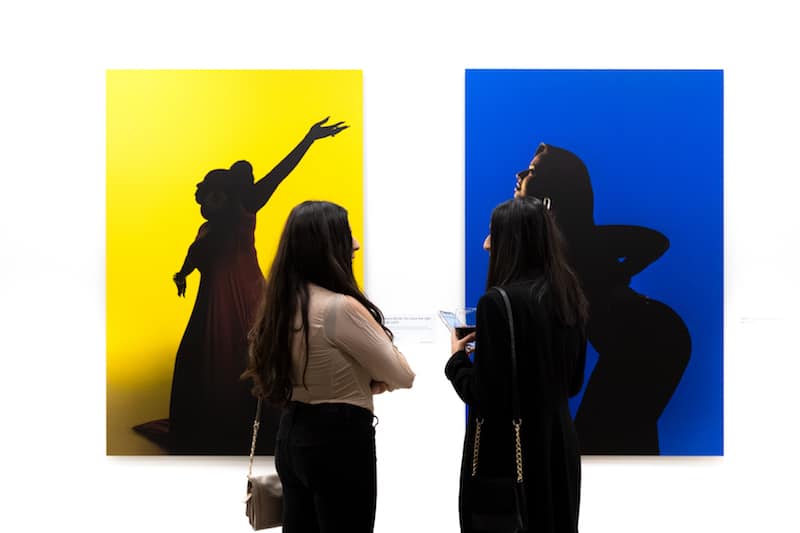 When Ashley McKenzie-Barnes, curator of KUUMBA Festival, thinks back to how she experienced Black History Month as a child, she admits that it didn’t leave a strong impression, “I remember it not being that exciting. I don’t want to sound like I’m cutting it up—Black History Month has always been really relevant, but I remember feeling like there was nothing really focused on what was current, as in who are the contributors now.”

Now is her chance to shake things up, and over the past few weeks, she’s been giving Toronto a different kind of Black History Month experience. Instead of looking to the past, she’s examining what’s happening in society right now, choosing to spotlight the cultural leaders—disruptors, artists, advocates—who are paving the way for a brighter future.

Celebrating its 25th anniversary, KUUMBA is Toronto’s longest running Black History Month event. The task of curating the programming for this milestone year was a major job, but one that Ashley is more than qualified to manage. For nine years, she was the visual arts director and curator for Manifesto, which paved the way for curating opportunities at both Artscape and the AGO. Last year, she was given creative reign over an entire Nuit Blanche Scarborough zone.

For over a decade, McKenzie-Barnes has been carefully observing artists and ever-shifting art & culture trends. She gives the same weight and attention to emerging artists in neighbourhoods around the GTA as she does to big names spearheading international change. When she began brainstorming for KUUMBA, she asked the question that she always starts with: “What would I want to go out to?” Knowing that Harbourfront is a little off the beaten track, and that festival programming is not only competing with other arts happenings around town, but with Netflix, the Raptors, the gym—a curator has to excite people, and give them a reason to take time out of their busy schedules to check something out.

From emerging artists, like Krystal Ball, who recently migrated from Kingston, Jamaica—and is one of the few established Black female mural artists in Toronto— to a public art installation, courtesy of famed NFLer and activist Colin Kaepernick, that features freedom fighters, selected by Colin—the breadth of offerings that McKenzie-Barnes has packed into KUUMBA is impressive. She’s especially loved watching how the public interacts with the pieces, and shares a story that particularly moved her, “I walked out and there was a bunch of youth standing in front of the D’Wayne Edwards case taking photos, and for me, I wouldn’t have expected that because some of those shoes date back to 1995, and I’m pretty sure they were born long after,” she says with a smile.”There is programming for everybody.”

Each event or art exhibit can certainly be enjoyed on its own, but KUUMBA is most impactful when time is carved out to take in a variety of the programming and reflect on how they connect, complement, and relate to one another.

“When I was younger, I never felt like there was one place that highlighted the voices, the change-makers, and the disruptors in the room now. I think disruption is a big thing that we need to look at in Black History Month—people who are having dialogues about things that are slightly controversial or uncomfortable. Those are the people who are really doing the work for advocacy, and that is what Black History Month is to me: education, advocacy, and celebration.” That is exactly what is achieved this year at KUUMBA.

Colin Kaepernick’s “Wants You To Know Your Rights” art exhibition, Krystal Ball’s “Black Diamond” mural, Yung Yemi’s “Ascenion Tech” mult-media installation, Ekow Nimako’s “Building Black: Amorphia Sculptures”, William Ukoh’s “The Prism Effect”, and D’Wayne Edwards’ “Making A Legend” footwear exhibition are all free installations that one experience by simply wandering Harbourfront Centre—whenever it suits. And while there’s only one week left, you could still also join a free Wednesday Wellness class, or sign up for the Navigating Blackness In Film workshop, which is also free!

McKenzie-Barnes hopes that the reactions from KUUMBA are just as varied as the thought-provoking work that lines that wall, “There’s no one outcome that I envision. I envision that there’s going to be a lot of appreciation for a lot of different experiences.” 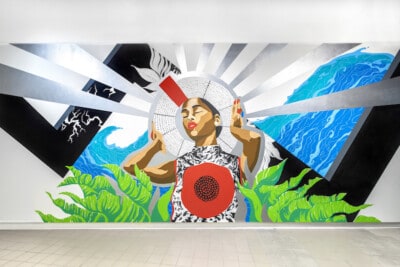