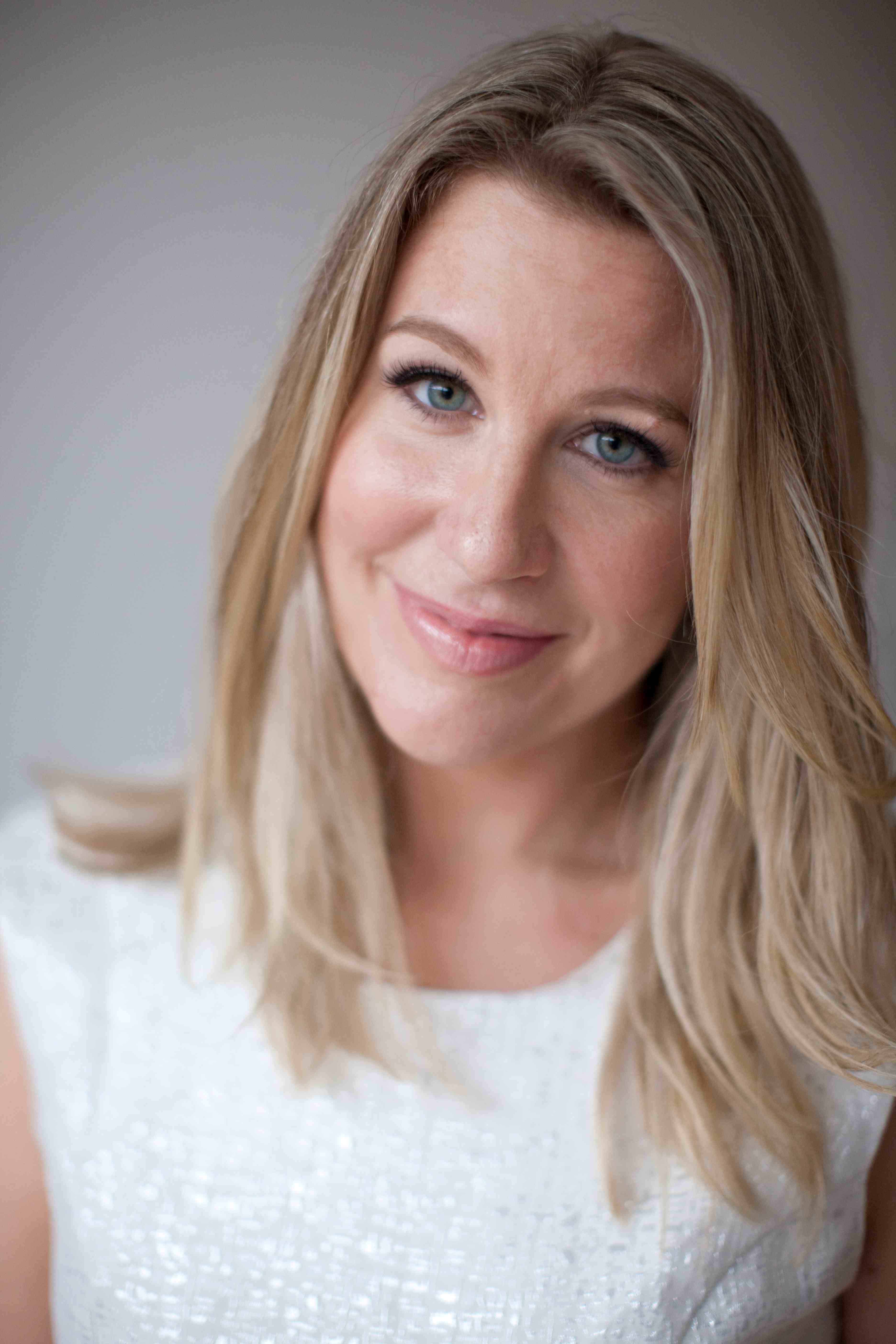 Here’s The Thing About Love …

Full disclosure about me: there is a lot of divorce in my family. And when I say a lot, I mean a. lot: My parents (one of them twice). One set of grandparents. Every single aunt and uncle on both sides. (Some of them twice.)

So, not too long ago (okay, fine, kind of a while ago), when I was in my twenties and dating, it was less than surprising to me that I just assumed I was never going to be able to have a successful marriage. For a while I did what a lot of girls in their twenties do and I dated unmarriageable jerks (I believe these days this type of guy is called a douchebag). Or I dated guys I thought maybe I could fix, but then didn’t end up being able to fix, but then kept dating for several months just in case that changed. Or I dated much older guys. Or I dated not very smart, but very good-looking, guys. Or I dated jerks. (I already mentioned that, right? It’s just that there were a lot of jerks.)

For a time, my life resembled a long-running episode of Sex and the City. (And not just because I’m a writer, and I have curly hair, and a fetish for shoes.) But then, everything changed. I met Mr. Right. And he was nothing like Mr. Big. He didn’t jerk me around (because he was not a jerk!), he didn’t string me along (because he was not a jerk!), he didn’t need fixing (except for a few small tweaks, like no more wearing grotty old t-shirts with sentimental value but also with pit-stains out in public). And it quickly became obvious that he wanted to marry me, and have babies with me, and give me the kind life that, at the time, from a great distance, was the holy grail to me and my friends.

I panicked. Truly. It was difficult for me to convey my fears to him because he was from a very nuclear family with nary a divorce in sight. The possibility of a future split just didn’t occur to him. “But … what if …what if it doesn’t work out?” I would ask him, a lump in my throat. He’d shake his head slightly; it didn’t compute. “It just will work out. We’ll make it work,” he would reply.

Later, only about a year ago, I’d read a Toronto Life article by Leah McLaren called “My Doomed Marriage,” about the dissolution of her first marriage. And I’d realize that what I had been was feeling was quite normal for someone in my position. McLaren wrote: “The concept of marriage, for the children of divorce, is not a brick house but a mud hut constructed prior to the rainy season. It’s a well-intentioned experiment, a romantic idea that occasionally survives but more often gets washed away in the floods. For evidence of its tenuousness all we need to do is look back at our multiple bedrooms, our double-duty Christmases, our loaded-down key chains, our separate family albums. Marriage is a seductive idea (it seduced me), but there is no magic in it.” Exactly. But at the time, I wasn’t able to put it into words.  My future husband didn’t know how tenuous marriage could be, and I realized that I needed to try to put my fear behind me and just go for it. So I did.

Fast forward seven years. We were married, we had a house, we’d had had two babies in quick succession (because yes, you can get pregnant while breastfeeding; the midwives insist they told me this but I had just had a baby and was clearly not paying attention), I was struggling with my career (I had experienced some dizzying highs—selling my first novel to a publishing house—and some crushing lows—watching the publishing house go out of business before they could publish my book). My husband was having some issues with his career, too. He worked a lot. I tried to work, but mostly I was just depressed.  We didn’t sleep much. We didn’t go on dates with each other, and when we did mostly what we wanted to do was sleep, or talk about the kids. (And this, my friends, is not a good recipe for romance.) We were taking each other for granted and treating each other badly—and I had seen it all coming. I would tell him this: I told you this would never work! I told you marriage is impossible. But even in the darkest moments, even when I said things like that to him, he didn’t take the bait. We were married. That had been his choice, and he wasn’t going to unmake it. If I wanted to, that was up to me.

The truth is, there were times I was sure I did want to unmake the choice. And to be honest, there were times I almost did. What I didn’t realize was that low points in marriages happened. That what we were going through was actually pretty normal. That we needed to work at our relationship if we wanted it to last, but that the fact that our marriage needed work did not mean it was broken.

During this time, I started writing my novel, Mating for Life. My intention was to explore the idea of monogamy, the instincts we have as humans, and the different ways we either make love work—in all its forms—or completely screw it up. The book started out as short stories about different relationship situations, but eventually turned into a novel about what it takes to love another person—spouse, sibling, child, parent, friend—forever.

When I first began working on the novel, I felt sure I was going to become yet another member of my family with a divorce on their record. But instead of getting worse, things started to look up. Writing the novel made me feel happier than I had in a long time. I got a job, which helped. My husband changed jobs, and he got happier, too. The kids grew a little older and we were able to view them through eyes that were not half-closed from lack of sleep. We started to remember how much we loved each other, and the hard times we had been through together only served to strengthen that love.

What I realized as I wrote Mating for Life, a novel I thought would answer the question “Are humans meant to be monogamous?” with a resounding “no!” was that what we’re meant to do as humans is very different from what we actually do. Sometimes, we follow our instincts and it’s the right thing. Sometimes, we follow our instincts and it leads us astray. What we should not do is write something off because it is hard. And yet, if something is too hard, we should not judge ourselves –or others– too harshly if we simply can’t make it work. Everyone has their own reality, their own story. It’s true with my characters, and it’s true in life. We should resist the urge to judge. We should figure out what’s really important to us.

Close to the end of Mating for Life, one of the characters—Ilsa, the middle child out of the group of sisters the narrative follows—gives advice about love to her younger sister, Liane. She says, “Here’s the thing about love. It can last, but you have to be careful with it. You have to treat it like it’s your most precious possession, you have to never, ever take it, or the person you love, for granted. Even just doing it once could spell the beginning of the end. Resentment, it’s love’s worst enemy. Don’t forget that, Liane, okay? Don’t forget that, and you’ll be fine.”

Many of the people who have read Mating for Life really like this passage. And I do, too. Because I know these words to be true. But I’ve always thought this second part of the conversation is important as well: “And also, don’t be afraid. Helen said something to me once about the pain of love leaving behind a beautiful memory. Even if something doesn’t work, maybe you don’t have to let it scar you. Maybe it can be something other than a scar, something that makes you stronger.”

I made the choice to stay in my marriage. I made the choice to work at it every day. But that’s not the choice that’s going to work for everyone. Humans are intricate beings, and modern society is increasingly fraught with complexities that seem to change by the minute. Sometimes, no matter how hard you try or how badly you want it, the relationship you choose to work at might not succeed. That’s just reality – and, as some of the characters in Mating for Life learn, it’s nothing to be ashamed of. If you’re lucky, you’ll have enough people who love you to get you through the hard times. (And if you’re smart, you’ll make sure those people know how much you love them back.)