"I hope that people feel able to change those categories and shift identities throughout their lives because I think for most people, these things do change and change frequently.”
Events & Culture  Life Stories

Pinterest is a space on the web that many associate with home decor or vacation planning; staying up late to pin photos of throw pillows and waterfalls is a pleasure known to many. We never considered, however, that it would be a destination to gain clarity on sexual orientation. So when a press release arrived detailing a surge in searches in this area, we were delightfully surprised and curious.

Gen Z (people born after 1997), have been searching differently to older generations. “Pinterest has seen an increase in searches by this demographic around specific non-binary search terms including omnisexual (up 8.5x) which refers to those attracted to all genders and sexual orientations, and abrosexual (up 3x)  which refers to those with different levels of sexual or romantic attractions through life,” reads a release that arrived in time for Pride month.

With 64 words to describe gender identity and expression and 46 words (and counting) to describe different types of sexual attraction, figuring out where you fit can be overwhelming. It makes sense that there’s an increase in searches in this area. “My reaction is that it’s wonderful and terrible all at the same time,” says Jack Lamon, co-owner of feminist sex toy store Come As You Are. “On the one hand, I am so pleased that people are able to identify with these terms and that there is so much diversity in how we experience gender and sexuality. But I hope that people feel able to change those categories and shift identities throughout their lives because I think for most people, these things do change and change frequently.”

Jack is someone who prefers (as do we) the idea of gender fluidity, but understands that sexual identification brings a sense of belonging. Further, the desire to name ourselves is practically instinctive. “I find that humans are prone to categorization by nature. We see this in ancient history; that we need to name all of the species of insects and that we need to define gender. It’s something so prevalent in human culture. I guess it’s good that there are more categories to choose from, but I do worry that young people will feel the need to categorize themselves,” he says, sharing that his partner’s nine year old was inquiring just the other day about the term demi-sexual. “Sexuality and gender are fluid and always changing, and that’s more the camp I’m in.”

Two weeks after we received the press release about Gen Z search habits, Pinterest sent a follow-up release sharing a broadening of pronoun terms available for pinners. In it, they outline that account users can now select from nine pronouns – including Ey/Em, He/Him, Ne/Nem, She/Her, They/Them, Ve/Ver, Xe/Xem, Xie/Xem and Ze/Zir. “Their selected pronouns will show up on their profile, next to their username, which allows Pinners to self-identify and express who they are, helping to build an even more inclusive experience on Pinterest.” 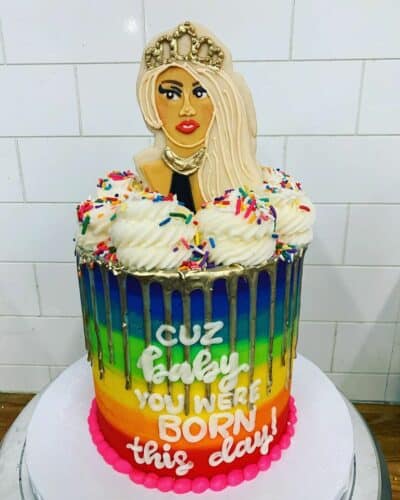 Of all the changes the image sharing social media platform is noticing and/or making, what brings us the most joy is that searches for “coming out party” are up by 67%, with users looking up everything from party decorations to “coming out cakes”. Data would imply that no matter how you choose to identify, that more people are feeling comfortable coming out, and being celebrated for who they are.

"I hope that people feel able to change those categories and shift identities throughout their lives because I think for most people, these things do change and change frequently.”