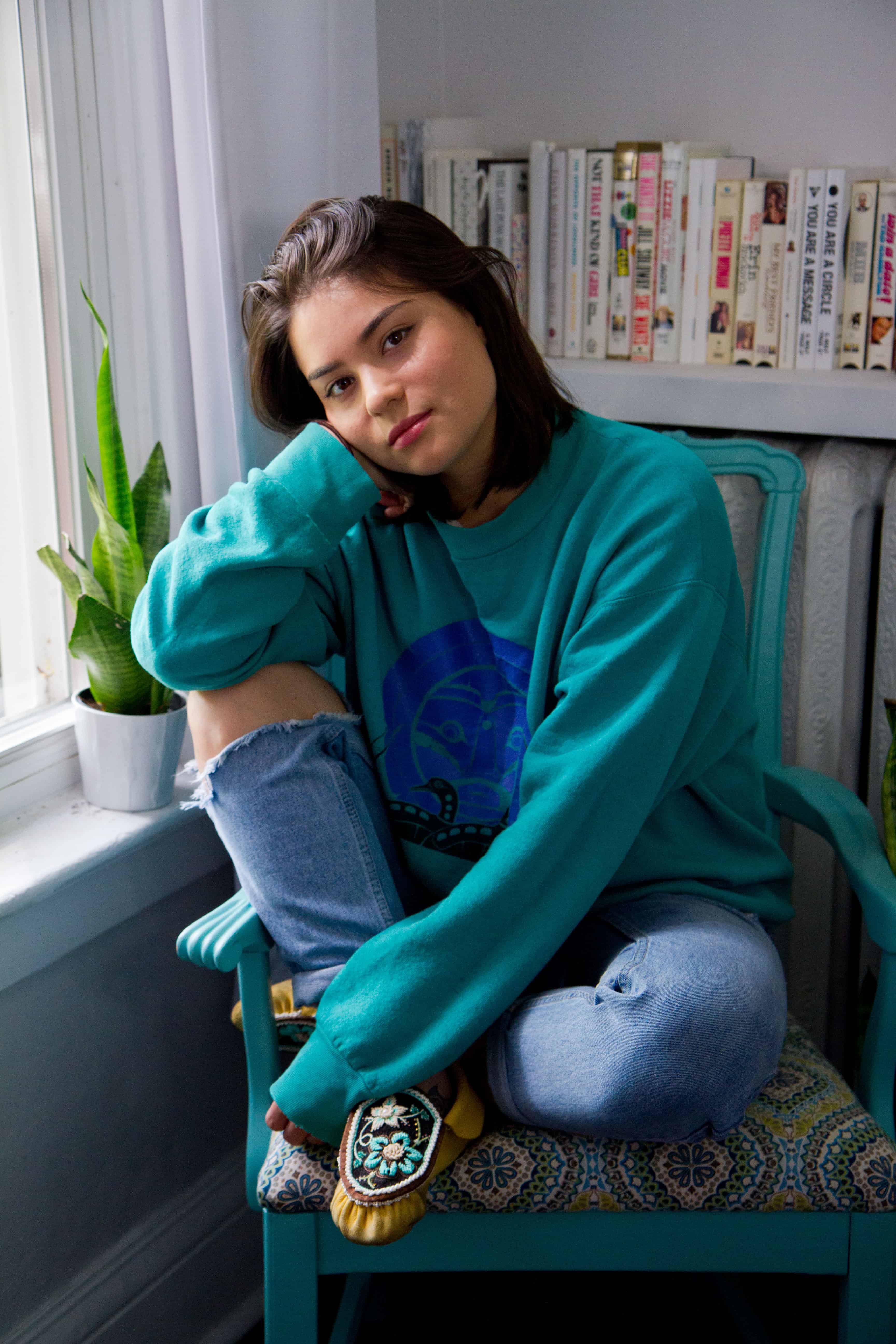 Actor, writer and director Kawennáhere Devery Jacobs was born into activism. “I grew up in my community in the legacy of the 1990 Oka Crisis. I was a kid in the 90s, right after that moment in history, and there was a huge resurgence in pride—my entire community is very political,” she says. “As a Queer Kanien’kehá:ka woman, I myself am inherently political.”

A couple weeks back, I reached out to Jacobs. I noticed she was working with Made Nous (a platform that celebrates Canadian content) to spotlight Indigenous History Month. I was curious to know what that entailed, but having watched Jacobs career flourish over the past five years, I also wanted to chat with her about her journey as an artist, and how her activism intersects with her work.

So we went back to where it all began…

“I grew up in Kahnawá:ke Mohawk territory, which is outside of Montreal, on a dead end of a dirt road in the middle of the bush. I was interested in acting even before I knew it was a profession,” she tells me. “I would have my older sister record me with her JVC cam and I would reenact all the Disney movies and Blues Clues and stuff like that.”

On the reserve, there weren’t many examples of what life as an actor looked like, but there was the Turtle Island Theatre Company. Understanding her daughter’s hunger to act, and also admiring her talents, Jacobs’ mom signed her up. In a few short years, she was picked up by an agency in Montreal, moving to and from the reserve for auditions.

She landed some commercials and guest starring roles, but it was securing the lead character of Aila in Rhymes for Young Ghouls, a film about the horrors of Canada’s residential school system, and it was that experience that got her looking at the industry from a whole new perspective. “That was my first leading role in anything, but also the first time working with an Indigenous writer and director in a live action project. It was the first time that I actually played an Indigenous character,” she says. “it was something that completely resonated with me. It was from there that my life took a completely different direction.” 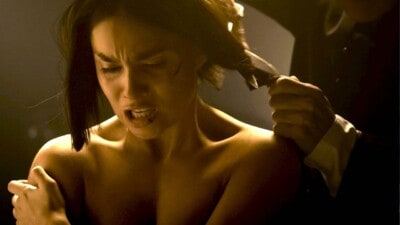 K. Devery Jacobs in still from Rhymes for Young Ghouls.

The film had its world premiere at TIFF in 2013; it was a pivotal moment for Jacobs, and when she started to realize that she had a voice and instead of waiting for the right part to fall into her lap, she’d write the stories herself. “In 2015, I wrote and directed my first short film Stolen, which is about missing and murdered Indigenous women, and combined my passion for activism with my love for film. When I started writing, I realized the power in applying those stories, and my history and voice, to this medium.”

To celebrate Indigenous History Month wth Made Nous, Jacobs has been sharing the success stories of her peers. With excitement in her voice, she tells me about all the upcoming projects she can’t wait to see including Michelle Latimer’s highly anticipated CBC series The Trickster, based Based on Eden Robinson’s bestselling novel Son of a Trickster; Night Raiders, an Indigenous and female-led sci-fi film directed by Danis Goulet starring Elle-Máijá Tailfeathers, who wrote and starred in TIFF 2019 critically acclaimed film, The Body Remembers When The World Broke Open; and Tracey Deer’s Beans, a film set in the 1990 Oka crisis, based on Deer’s own lived experience, which is slated for a March 2021 release.

“I think there’s a new dawn coming for Indigenous film, and this month is really about celebrating and encouraging people to pay attention to what’s about to blossom,” says Jacobs. It’s an encouraging and necessary change from the canon of Canadian productions that most of us grew up with (read: extremely white film and television).

When it comes to her own work, Jacobs likes to mix it up. She explains, “As a writer and director, I am interested in telling stories from my community, and from my experience. And reflect the upbringing that I’ve had. As an actor, I’m more willing to help other people tell their stories, and I am interested in exploring playing characters with different lived experiences, as well as my own.” 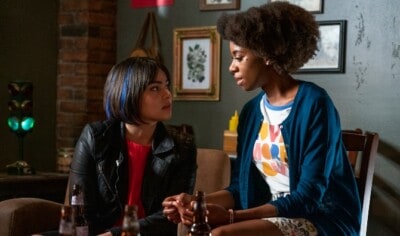 K. Devery Jacobs in still from The Order.

The body of work she’s currently juggling is proof Jacobs likes to take on diverse roles. The third season of Netflix Original The Order premiered earlier this month, wherein Jacobs plays Lilith Bathory in the fantasy drama. Up next is The Bootlegger, “I play a young lawyer who is Algonquin. She goes back to her community and proposes a referendum to legalize alcohol on this dry reserve, and goes head to head with this community bootlegger.” It’s her first role in French. “All of these projects satisfy a different creative need in me.”

Like most artists we’ve spoken to over the past few months, Jacobs has been finding that since the pandemic outbreak hit in early spring, and worldwide Black Lives Matters protests began, her creativity comes in waves. “I go through waves where I am incredibly inspired, and I go off in a writing spree, and then I have other times when I can’t do anything but deal with what’s in front of me,” she muses. “It fluctuates and I am just trying to stay true to where I am each day.”

But no matter how she’s feeling, day to day, Jacobs has tremendous optimism for where we are heading, “I look at this year and I see that so much necessary change is unfolding. More people in my own community are combating and confronting anti-Black racism in our own spaces, more so than what I’ve ever seen before. It’s not a Black fight or a POC fight or a Queer fight or an Indigenous fight, it impacts each of our communities.”