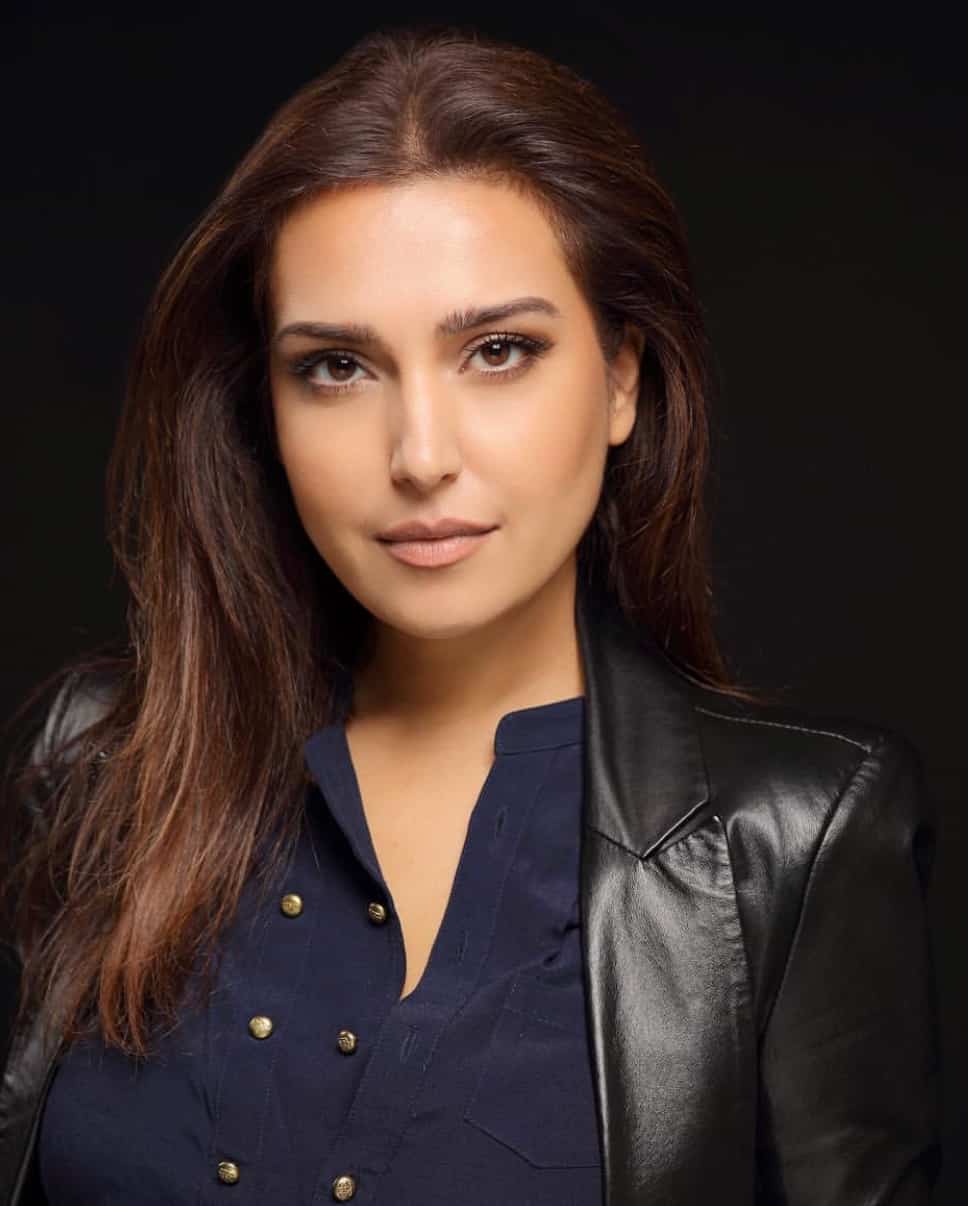 Affectionately referred to as “The Oprah of Afghanistan”, Mozhdah Jamalzadah’s protest songs have both captured the hearts of millions and led to death threats. Her gripping memoir “Voice of Rebellion” chronicles her life as a singer and activist, sharing how she went from being a child refugee in Canada to performing for Michelle and Barack Obama at The White House. In fact, Mozhdah’s life has had so many dramatic twists and turns that if a writer presented her story as fiction they’d be criticized for being unrealistic. “No one has this many things happen in a lifetime! It’s not believable!” the critics would say. But it’s all true.

This Friday, Mozhdah will be on the big screen in theatres across Canada starring as Katira in award-winning playwright Marie Clements’ first narrative film, Red Snow.  While she’s not an experienced actor, it’s a role that she was well prepared to play, and one she executes with power and precision.

At five years old, Mozhdah’s family escaped war-torn Afghanistan and immigrated to Canada. Though she was a small child at the time, Mozhdah’s memories are vivid, “I remember rose gardens at the palace, women dressed in beautiful gowns, everyone having picnics in the park.” She also remembers what it was like to live in fear, “I would hear rockets over my head and I didn’t know where they were going to land. I was only five, but I was well aware that it could hit me, and I could die. Death was a very real thing.”

Throughout her childhood and youth, Mozhdah struggled to feel comfortable, “I was one of the lucky ones in Canada, but at the same time, I had a strong sense of guilt. There were still millions of girls and women back there,” she says, sharing how she watched nervously as the Taliban gained more and more control. As a teenager, her friends in Vancouver would be hitting the mall or heading off to a party, while she sat at home glued to the news, “I was watching it all unfold, wondering, “Are my friends okay? Are my aunts okay?”

Watching what was happening to the women in Afghanistan is what inspired Mozhdah to become an activist. While most people might take to the streets with a sign, Mozhdah decided to get attention a different way: through song. After years of vocal training, in 2009 she turned her poetry into protest songs. After ‘Dukhtare Afghan’ or ‘Afghan Girl’, a song about schoolgirls being attacked with acid, became a hit in Afghanistan, Mozhdah’s life changed quickly.

Becoming a household name in Afghanistan led her to hosting her own TV talk show later that same year. The television network initially recruited her to be the host of ‘Afghanistan’s Got Talent’ but Mozhdah’s mother had other ideas. “Have you heard of Oprah?” her mom asked the TV executives. “This country needs an Oprah!” The network decided to test it out, so Mozhdah became the host of her own talk show and earned the affectionate nickname,”The Oprah of Afghanistan”.

Mozhdah’s fame extended far beyond Afghanistan. In 2010, she was invited to The White House for a special International Women’s Day event where she performed for Barack and Michelle Obama. “That meant more to me than anything in the world! I became obsessed with The Obamas when President Obama was running. I gave myself eight years to be in the same room with him, even if it was in the back of the room!” Talk about manifesting your dreams: it only took her eight months to get there, and she definitely wasn’t in the back of the room.

Her latest accomplishment, however, isn’t something she ever predicted.

Acclaimed playwright, Marie Clements had read about Mozhdah and was fascinated by and impressed with her achievements. She eagerly reached out to Mozhdah via Facebook messenger to see if she’d be interested in playing the role of Katira for her film Red Snow. “I thought someone was pranking me. I had no acting experience whatsoever.” But it was no joke. Marie knew Mozhdah wasn’t an actor, but she also knew she didn’t need to be, because Mozhdah was Katira. “You fit the character, I don’t need you to know how to act,” was Marie’s response, when Mozhdah explained that she lacked experience. 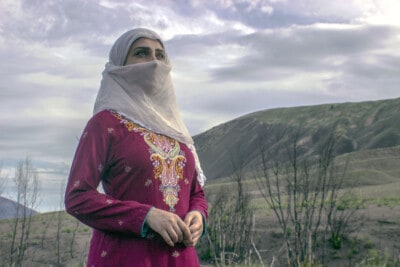 A fearless warrior, Mozhdah was drawn to the part of Katira. While she freely admits that she was nervous to act, she saw in Clements “everything I wanted in a role model”, and decided to say yes to the project. This is how “The Oprah of Afghanistan” ended up in dusty Kamloops, in combat with the Taliban. “I loved my scenes with the Taliban because I got to kick butt and be a badass”, she says, but not every scene was a thrill to shoot. “It was the first time I had worn a burka with a front cover, and it was 36 degrees in Kamloops. I put it over my face and I couldn’t breathe. I was hyperventilating. I actually had a mental breakdown. I’ve been fighting for women’s rights for years and for the first time, I actually felt a tiny bit of what those women go through, under that burka. I had to pull it off my head and Marie had to call a cut—they don’t have that option.”

While Mozhdah plays a powerful supporting role as Katira, the film centres on the story of Dylan, a Gwich’in soldier from the Canadian Arctic who is caught in an ambush in Afghanistan. After meeting Katira in Afghanistan, the two help one another find their way home. It’s a quest that Mozhdah has always been on, “In Canada, I always felt like an outsider, so I was like ‘I can’t wait to go back home and be Afghan!’ And then I went to Afghanistan and I was very Canadian in their eyes. Over there I’m very western, and over here I’m very Afghan, so I’m like ‘where do I fit in?'”

Identity and survival are the major themes in Red Snow, themes that Mozhdah has been exploring her whole life. “When I read the script, I immediately fell in love with it!” she says. Knowing her remarkable story, it’s easy to understand why.