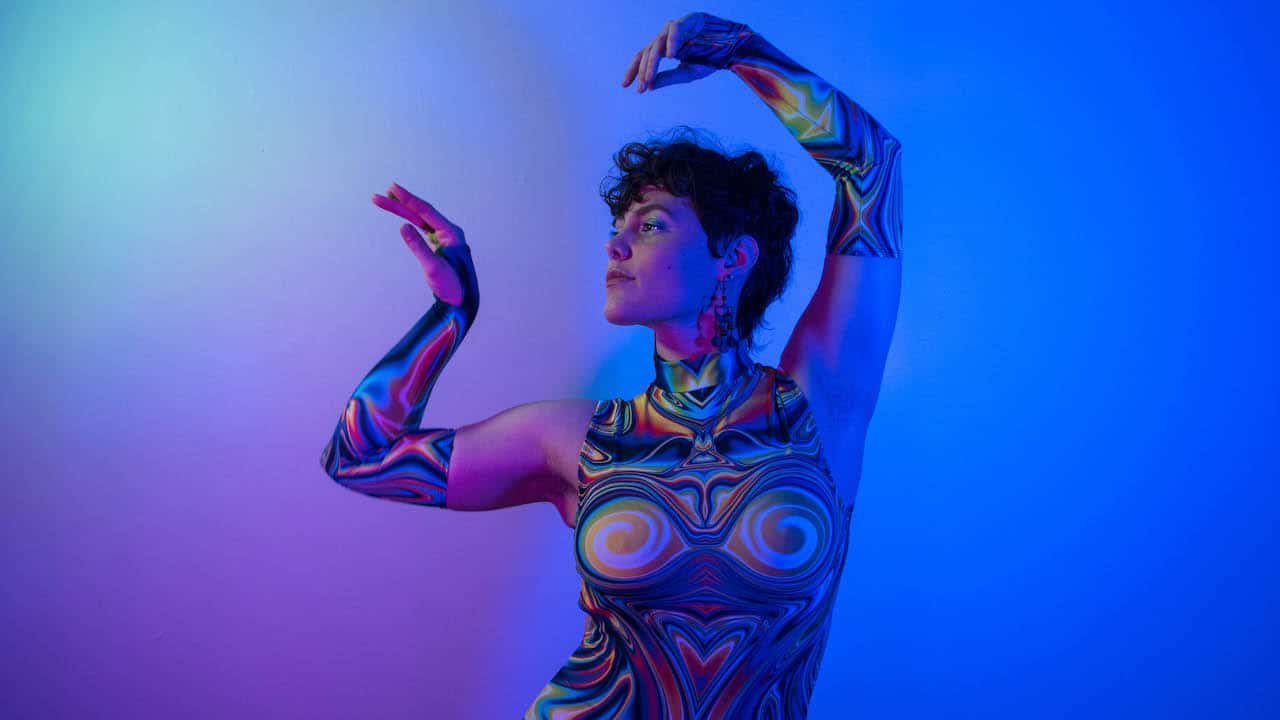 "We were dancing and laughing and crying, and having mad, passionate sex."
Performing Arts

Torontonian Valentina Morelli, who goes by Moonbean, spent the early months of the pandemic exploring psychedelics, having lots of sex, and songwriting.

“I decided early lockdown to write a song a day,” Valentina tells me.  And the ambition paid off; their single “Worlds Collide” released on Valentine’s Day. Moonbean’s debut album Moontunes launches June 2, 2022, and a tour to Europe will follow in the fall.

Musical genres fuse and overlap in”Worlds Collide”, bringing elements of disco, techno, electro-punk, and pop into an infectious dance track that bumps with percussion and lush, lo-fi vocals. The single was inspired by a particularly passionate night in lockdown, or what Valentina describes as a “deep dive” with her partner.

“We were dancing and laughing and crying and having mad, passionate sex. I couldn’t sleep, go figure, come seven in the morning. And then I just took to my phone, and I just started writing.” The dance track moves from fast and frantic to a slow and oozy, like honey dripping from a spoon. The song mimics a night of intense physical intimacy well; you can practically visualize the sensual pauses and breaths between powerful thrusts and orgasmic shudders. The catchy single offers excitement, tension, and release. 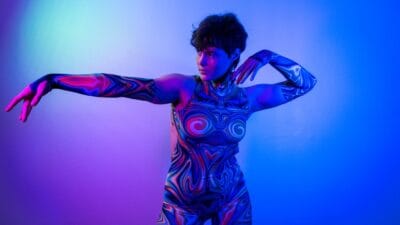 Beyond magic mushrooms and intimacy, Valentina’s creativity is also stimulated by an imaginary world, or where the moniker Moonbean came from. “Moonbean is an androgynous, non-gender-conforming creature. I’ve come up with this backstory that they’re from the oceans of one of Jupiter’s moons, specifically, the moon Europa, which they speculate is most likely to be able to inhabit life, which is pretty cool.”

Like so many artists, using a persona has helped Valentina with both her creativity and identity. “I was really struggling with is writing a bio for myself or all the things that artists have to do when they represent themselves and have to show up and talk about who they are and what they stand for. And I found it was a lot easier when I had Moonbeam as a character who I very much relate to and feel very much connected to who I am. You just have that extra kind of layer of fun to it when there’s a character.”

While Moonbean came from outer space, Valentina takes inspiration from several Canadian artists, including Peaches. “She is one badass lady who really laid some serious groundwork down as an overtly bisexual and sexual being who doesn’t take shit from anybody,” she says, adding that Metric’s Emily Haines has also been a major influence. 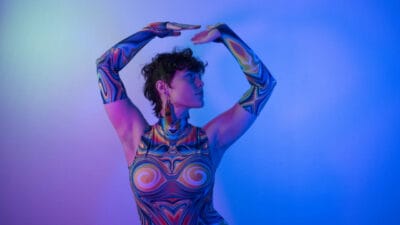 For those of you reading this and considering psychedelics to get the creative juices flowing, Valentina has advice: “Trust that you will be there for yourself. Surrender to whatever you’re experiencing. I find most people that I’ve spoken to who’ve dabbled in psychedelics and have had adverse experiences, it’s often because they’re resisting whatever it is that’s coming up for them, whether it’s a physical feeling or thoughts, or what have you. It’s better to surrender and let yourself observe what’s happening. And again, trust yourself and trust that you will come out of the experience in one piece.”

"We were dancing and laughing and crying, and having mad, passionate sex."