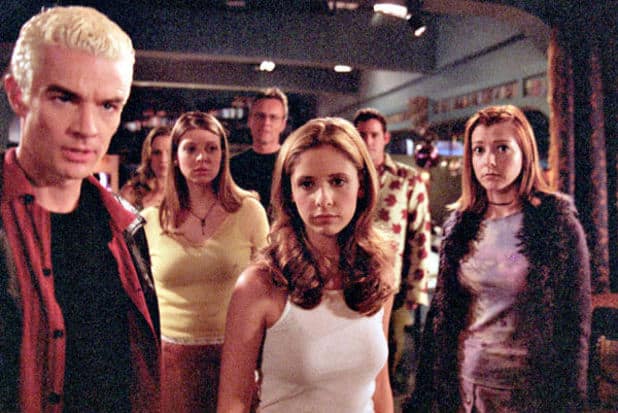 How Pop Culture Turned Me Into a Feminist

Recently my Twitter feed was abuzz with the news that this year marked the 18th anniversary since the debut episode of Buffy the Vampire Slayer.

There was an outpouring of praise and admiration for a show that still manages to be revolutionary nearly two decades later. Buffy the Vampire Slayer took all the usual tropes of the action/adventure genre and turned them on their head. After all, Buffy Summers was a cute, perky, blonde high-schooler. Who would ever expect that she would also have to save the world from vampires on a regular basis?

As I re-watched the pilot episode of my beloved favourite, I realized that the show came along at a perfect time in my adolescent development. I had been a fan of the original cheesy movie (even though 8-year-old me probably shouldn’t have been watching it) and I can still remember my excitement over learning that there would now be an entire TV series devoted to Buffy.

With each episode I delighted in watching Buffy kick vampire ass and stand up for her friends. Seeing Buffy’s strength and independence had a huge influence on my own development. I learned that I had to work on my own self-confidence because at times, I wouldn’t be able to rely on anyone else. At first I thought that Buffy was the only strong feminist influence in my young life. But as I looked back on my childhood, I realized that she was one of many.

My journey began in 1991. That was the year my brother got Terminator 2 on VHS and since he always had control over the remote, I ended up watching the movie ad nauseam. At the time I had thought that Arnold Schwarzenegger’s robotic character was the hero, but looking back, I realize that my true idol was Sarah Connor. Once again I was presented with an image of a physically powerful woman who could fight and outwit any opponent, and who was carrying the weight of the world on her shoulders. There was nothing quite so inspiring as watching Sarah Connor do pull ups in her cell, knowing that she was about to literally fight her way to freedom.

A few years later, I was finding feminist inspiration in real life. My love of Nirvana had inadvertently led me to Hole and Courtney love. I became enamoured with the ideology of riot grrrls. While their music was a little intense for me, I admired them for taking up space in what was traditionally a male-dominated genre, owning their sexuality, and creating an entire grassroots movement to make their voices heard. Listening to these ladies rock out was enough to silence any skeptic.

By the mid 90s it seemed like the tide was turning and feminism was becoming mainstream. No Doubt was blowing up the airwaves with their hit “I’m Just a Girl”, mocking the notion that young women are weak and need a man to help them through life. Fiona Apple was being lauded for singing about her experiences with rape and trauma. And Sarah McLachlan seemed poised to take over the world with Lilith Fair, an all-female music tour that was a breath of fresh air from the testosterone-laden fests of Warped Tour and Lollapalooza. By the time the Spice Girls came along, I already considered myself a full-fledged feminist. I was wary of their carefully marketed image but I figured that getting the word out about “Girl Power!” would do more good than harm.

Looking back, I am now amazed at how many different forces came together to turn me into the feminist that I am today. Of course there were personal influences as well, like my mom and grandmother, but I feel lucky to have grown up in an era when young women were being told to take the reins, stand up and fight the patriarchy. Today some people are crediting Beyoncé, Taylor Swift and Lena Dunham with turning feminism into a pop culture issue, but as a 90s kid I have to give credit to the scores of women who came before them.