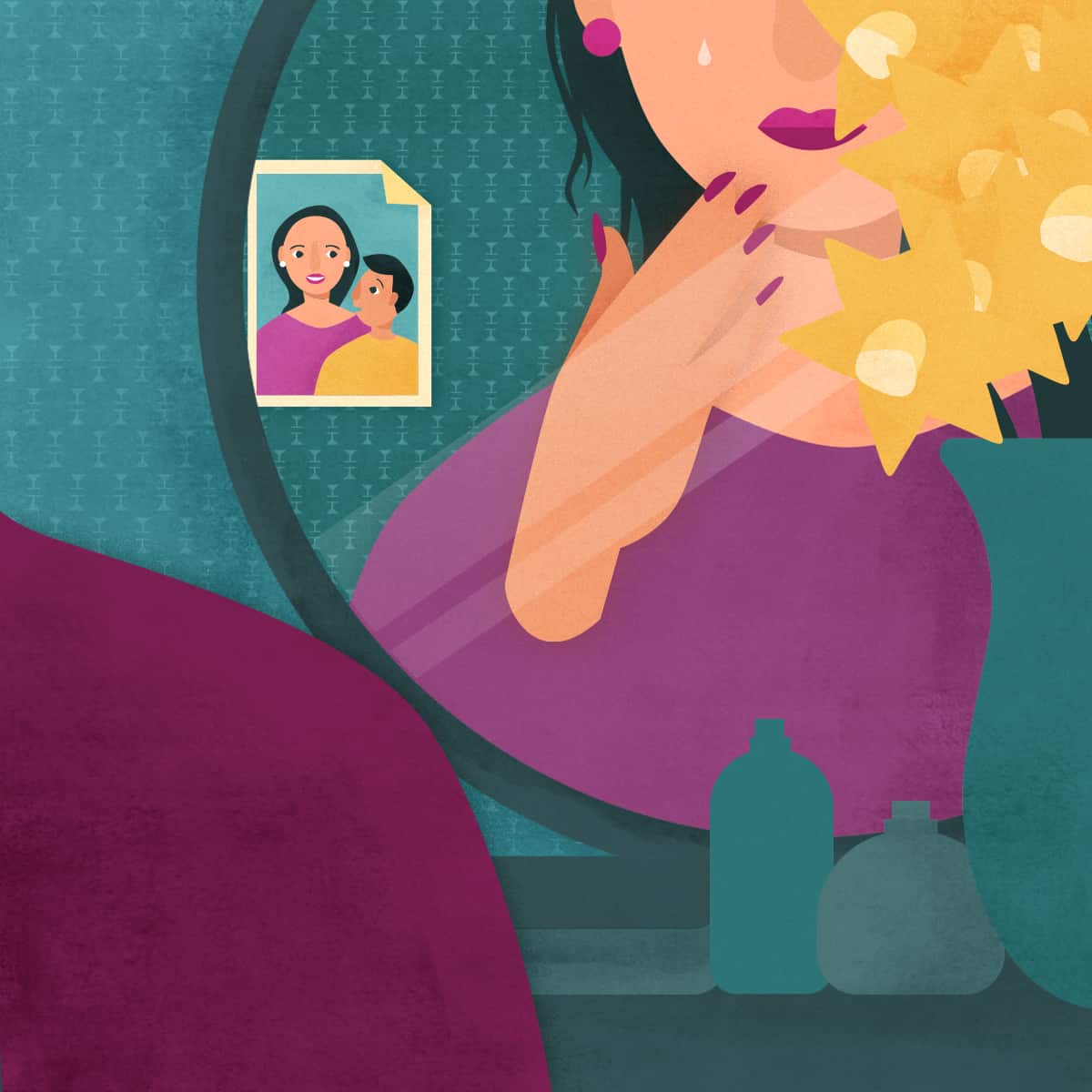 How Shame Keeps Me In The Cycle Of Addiction

It’s not alcohol or drugs that keeps so many of us with addiction issues stuck in the cycle—it’s shame.

For me, it was the shame of failing my little boy and my former partner that fueled my addiction. Let me explain: Every time (most of the time—I had untreated depression) a dark thought would pop into my head, I would want to drink over it. I know this sounds extreme but that’s how it was. I remember watching my son’s narrow little boy shoulders as he skipped happily in front of me on his way to a friend’s house, and thinking that I’d failed him so terribly there was no way I would ever be able to repair the damage I’d done. And that thought immediately led to me wanting to have a drink in order to not think about it, to numb, to forget. The narrow shoulders and the bottle of wine, fighting for space inside my brain and somehow both fitting in there, both equally demanding of my attention. That is the insanity of addiction—this double-think, this ability to hold two completely opposite ideas in the same realm of possibility. Would I let the image of my boy’s fragility overcome my desire to drink or would my desire to drink win?

Imagine the crushing guilt and the shame that came after that—how did I let my addiction win over my love? Again? When I talk about my addiction and say that I was unable to look in the mirror sometimes I am not just repeating a cliché—I could not stand seeing my dumb face, the dumb head that held that dumb brain that made me make such ridiculous choices. That’s how I thought of myself.

Toronto-based psychotherapist, Naomi Gaskin, says, “I think shame is always pathological; not in the classical sense of the word but that shame is by its very nature one of the main roots of pathology. And living inside of a shame-based identity—either gained through a conditioned response to a caregiver or self-effacing choice to turn it inward—is not a choice towards growth; it’s a choice to deny one’s existence.”

It is true that shame erases you. I know that you can die of shame. I know this because I couldn’t picture another day of the struggle of addiction vs. love and life. At night, I would watch my son sleep and I would apologize a million times, wrapping my arms around him, feeling him stir as he lay next to his toxic mother.

Am I a toxic mother? Yes. I’ve disappointed my kid and I’ve disappointed my other family members and poisoned them with disappointment. Most importantly I’ve disappointed myself. The duality of thinking never extended to knowing that I was a intelligent person who was also addicted to alcohol and who made shitty choices. It would be impossible for a smart person to behave that stupidly, carelessly and without regard for others, no?

But sober, I know that I am an intelligent, interesting and empathetic person and that I do deserve to be healthy and I do deserve recovery. Yet it takes so much internal strength to fight against that shame, that negative self-talk. Some days I’m exhausted just running through the list of all the things I should feel guilty about—some days I still don’t look in the mirror. But other times, I remind myself that it was shame that kept me sick for so long, that it was losing my dignity that made it impossible to get sober.

Many people with addiction have an all-or-nothing attitude and I’m no exception. If I was drinking, then I was not worthy of recovery so might as well keep drinking, keep being ashamed, keep destroying my life and that of my loved ones. That was the kind of logic that drove me to a bottle over and over, again.

That Drunkard probably died on his planet… of shame.

I can tell you that the only thing that kills the shame is not drinking but forgiveness. And that means forgiveness toward self. Gaskin says, “Shame is a diversion from the act of forgiveness. We spend a lot of time avoiding feeling shame or feeling shame and avoiding moving ourselves into self-forgiveness or forgiveness of others. The opposite of shame could easily be compassion, a kind of a grand-depth of compassion that few of us have encountered or have felt in our own hearts.”

For now, I start with self-compassion. I’m trying. I am working on it all the time and as part of it, I try not to let others shame me by reminding me what bad things I’ve done when I drank. That means I stand up for myself when a few people in my life who don’t understand addiction drag out all those past dirty deeds… I remind them that it’s not helpful. I don’t get angry—if I get angry, I will drink. If I get too ashamed I will drink. To recover, it’s imperative to forgive yourself, to look in the mirror and keep looking until dignity comes back, until you’re solid enough to stop and stay stopped.