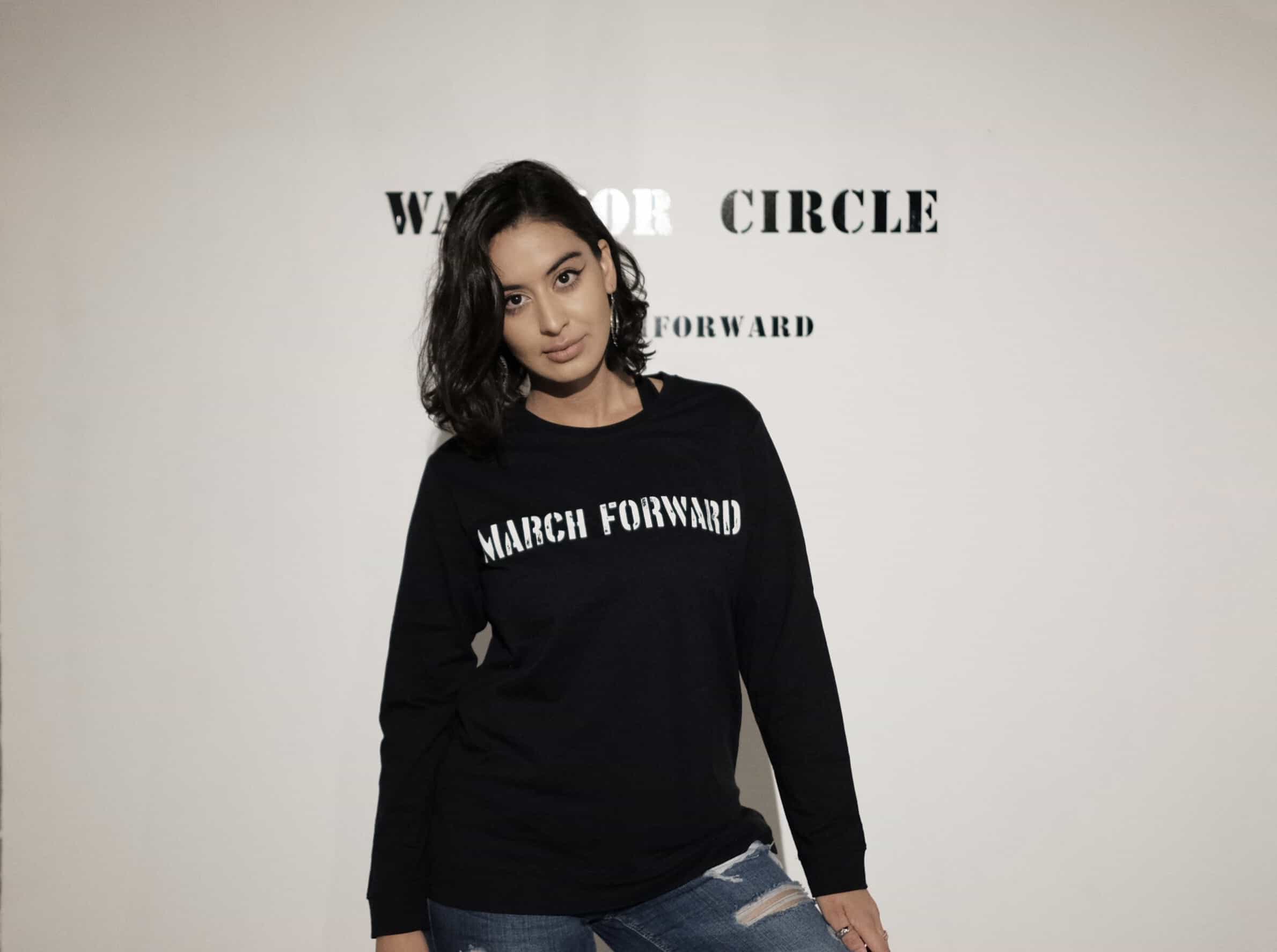 Simryn Dosanjh was a bubbly & outgoing high school student with a soccer scholarship when the trouble began.

She started experiencing strange symptoms; pain in her legs, plummeting energy levels, and flare-ups of blisters all over her body. “Almost like I had been in a fire,” she says, “it would be very, very painful.” Once captain of her high school soccer team, Dosanjh suddenly found herself bedridden. The pain was excruciating, and despite reams of tests, the doctors had no idea what was wrong with her. It got progressively worse; she pulled out of school, and was barely able to function.

“I was so worried that people would forget about me,” she remembers. ”I was in so much pain or drugged up; it’s like I wasn’t even there sometimes. I lost a lot of friendships. People would reach out, but if I didn’t respond they’d be like, oh Sim is going through her own thing. Let’s just leave her alone. I hid my condition from a lot of people for a long time, because I was ashamed of what I looked like.”

Dosanjh started calling herself Freddy Krueger: She thought she looked disgusting when the blisters would reappear. “I would go into the hospital, wrapped up in bandages. I was so broken out I could barely speak. They were like, oh, this is a burn victim–take her into the burn unit. My parents were like no, no she’s had no contact with fire–we don’t know what’s going on. She went to doctors across North America and Europe but none could determine what was the cause.

Now 28, Dosanjh has learned to somewhat manage her symptoms. It’s been a struggle, both physically and psychologically; she also suffers from chronic depression. But, she is determined not to give up, and is starting to push back.

Dosanjh started calling herself a Chronic Pain Warrior; it reflects a conscious mindset shift that she has chosen for herself. It means she’s treating her body with kindness, not comparing herself to others, recharging at the end of each day, and surrounding herself with positive people who uplift her. “On a day where I’m having a flare up and really bad pain; when I’ve already taken my medication and I’ve done everything that I feel like I can do; all I have left is my mindset,” she says. “That’s literally my only superpower.”

She has recently partnered with Barracks, a new Canadian unisex apparel line inspired by the powerful life stories of everyday people. With every purchase, Barracks gives back through an engagement-based impact campaign that shares and celebrate notable accounts of Barracks Warriors – a resilient group of individuals who embrace life’s challenges as part of its journey and strive to persevere in all circumstances – through community programming, talks and education.

“Their slogan March Forward really jumped out to me,” she says. ‘It had a powerful meaning to it. I feel like they’re redefining the word ‘warrior’. It used to have this  physical meaning; like you had to be some kind of heavy weightlifter. Of course, being physically healthy is important. But we have neglected mental strength for so long now. To give mental strength a name; like you are a warrior on the days that you get out of bed and make yourself food when you’re feeling depressed–that’s powerful. It makes you feel like you’re supported, that you are not alone.”

Dosanjh is dedicated to sharing her story so that others can get an idea of what it’s like to contend with chronic pain. But she also wants them to know how to respond to loved ones who may be going through something similar. “We judge people by a cover. You may look at someone and think they have it all together; but they go home and deal with their shit too. They have crap that they’re not showing. If we could just try to understand that the everyday tasks that can be easy for you can be really hard on them. So approach your friends [with chronic illness] in a way that can be a learning curve for both you and them. Don’t make them feel like they’re less than; saying oh, poor you. Recognize that they have something to offer, too. It’s about feeling equal. We are not our disease, we are not our illness. This is not who I am, there is way more to me than that.”