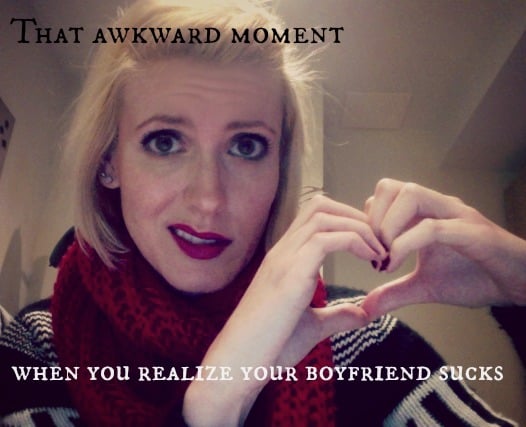 How To Disappoint A Girl On Valentine’s Day

Posted on February 14, 2014
Roses are red
Violets are blue
Most would agree
I should probably shank you

Ah, Valentine’s Day! If you are in a relationship, then you have obviously been hit by Cupid’s arrow. If you are single, then you probably spent the year “dodging” it and are “looking forward” to a night of Netflix and alcohol. If you are me a few years ago, then you spent the night thinking about your boyfriend and the unpleasant places you could stick that arrow.

The scene for my worst Valentine’s Day experience went a little something like this….

I was sitting at home, when my phone rang (it’s his thing that happens, where your phone makes a noise and it stops once you pick it up, use your voice and say “Hello”). Anyway, on the line was my boyfriend and he was telling me that his lecture ran later than usual, so he was going to be a little delayed getting to my house. Now, I had been dating my boyfriend for two and a half years at this point, so I knew what he really meant was, “Uh, I am just going to get your gift now, because I had a stressful week of playing video games and watching porn… so… hang tight.” I tried to tell myself that maybe he had already chosen something and was just on his way to pick it up (I mean, mittens were really the only thing I had mentioned. It’s not like I asked him to make a special trip to Tiffany’s).

Sadly, when he arrived over an hour later, I was met at the door with various small items…. in a plastic bag. This was not going to end well, so I wanted to delay the inevitable disappointment. I gave him his gifts, which he loved, because I was an awesome girlfriend and had heard of the word “effort”. When my turn to open gifts came up, I opened the bag and found the following items:

A silver lining was winning $25 from the scratch ticket. Unfortunately, I had to use that money to buy groceries, so that I could make him something to eat. I mean, marathon shopping at the dollar store would make anyone completely famished.

My response to all of this was to literally laugh in his face. His response to all of it was, “I don’t know why you are mad. You asked for gloves. P.S. in 30 minutes, I am going to get really mad when you want to watch a chick flick – Valentine’s Day isn’t all about you.”

I quickly found out, that no matter how hard you wish for it, people do not spontaneously combust. And the worst part of it all? I wasn’t on Facebook at the time, so I couldn’t even update my status with a passive-aggressive Taylor Swift lyric. Life is just so unfair sometimes.