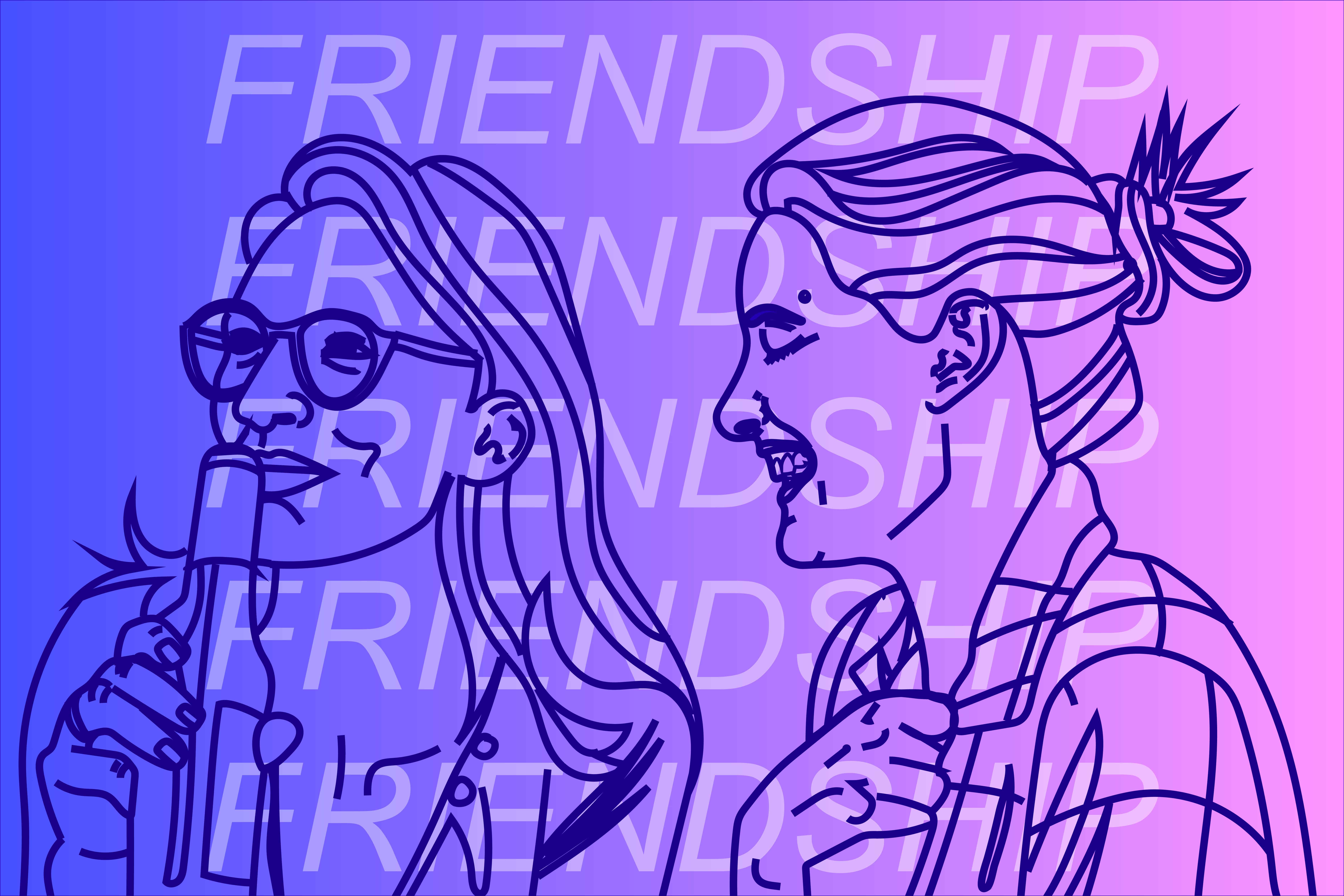 How to make new friends in Toronto

Making new friends is tricky in a city of workaholics. Everybody is so busy hustling to make a name for themselves that most people aren’t fussed to make new friends unless it’s work- or club-related. Plus: Why would anybody want to make new friends when they already have a group of friends? That’s why I think it’s important that the women of Toronto start talking about it because everyone is looking for new friends; we just don’t know how to make them in a city that’s so cliquey, close-knit and convenience driven. Trust me, you’re not going to make friends in an Uber Pool if that’s what you’re thinking.

Before I tell you how to make new friends, I need to properly introduce myself. For those of you who don’t know me, or haven’t met me in person, my name is Sarah and I am not what you’d call a “social butterfly.” I’m a sketchy squirrel; a rodent who thrives on alone time, but occasionally wants to crawl out of a garbage bin to flash my tail a bit. I guess that makes me an Introverted-Extrovert. Not a social expert, or a party person, or the type who invites hundreds of people on Facebook to my birthday party. I’m quiet and tend to stick in groups of two or four. I’m also a freelancer, so making new friends is hard because I’m always working alone. Cue the sad music; I’m a self-made loner!

If you ask me, social butterflies aren’t real friends anyway. They’re the pretty friends who know everyone, but nobody really knows them. They have hundreds of Facebook friends and Instagram and Twitter followers, but they rarely have conversations that last longer than ten minutes. I don’t want that. I want friends in whom I’m genuinely interested; a freaky bond that’s like twin sisters with telepathic powers. I want to know how they’re feeling about Kanye West’s new album and what crop top they bought on sale at American Apparel last weekend. I also want to know who they like at work and who they hate, and why they prefer red wine over white. That’s what real friends are for, FYI.

I still love my gang of pals, but I want to know what other people are doing outside of my circle. I’m pushing friendship on complete strangers, and it feels forced like an old man handing out candy to little kids in the park. What I’ve learned is that being forward is the only way to do it. And even then, it’s not as easy as it looks. Like, when do we exchange phone numbers? How do I initiate the first friendship hangout? Where do we go for drinks? What are we going to talk about? All I know is that I don’t want to wait a lifetime for a friendship to blossom; I want friendship right now. And that means I’m going to have to be direct and a little pushy at times. BE MY FRIEND OR I’LL THREATEN YOU WITH CAPITAL LETTERS. Just kidding, that’s insane. But like, I’m serious. Be my friend.

I know you want me to write you a twelve-step program. (Wouldn’t that be nice.) But this isn’t Jenny Craig, and I’m not going to give it to you. There’s no twelve-step program to friendship because we’re living in a city of Canada’s biggest egos. That means navigating what types of conversation to initiate a fast friendship, when it’s appropriate to follow on Instagram, and how to exchange phone numbers without being a sexual predator.

Here it is. Not a twelve-step program, but like, general advice to force aggressive friendship onto people in a natural, friendly, nice, kind way. Easy, breezy and beautiful.

Conversation: Every single woman, everywhere, all the time, is watching Broad City, GIRLS or Transparent. Bring it up. Make a joke about Portlandia or Tyra Banks in America’s Next Top Model. Remember a weird detail about the last time you saw this person, and pick up a conversation about the lucrative business of dog walking and how you recently went for drinks at Bar Raval. (The best way to make friends is talking about restaurants and bars.) Talk about Beyoncé, Rihanna, Drake and then disclose very openly about the best dandruff shampoo to use. People love that shit. Friends will come running to talk to you. You’re already an information resource for random stuff that everybody loves. Boom. The conversation is bouncing, and the ball is in your court to initiate the next step of friendship. Now follow on Instagram while the friendship iron is hot.

Number exchanges: Literally say the words, “You’re cool. Let’s hang out! Here’s my number.” It’s kind of awkward writing your number on a dirty piece of paper, so give your business card instead. Because that’s fun and totally cool. Like “Hey, I already have my contact info on this swanky-looking card. Here you go.” No uncomfortable time spent writing digits down. And if you don’t have business cards. Get them, because you live in the city, and that’s something every person should have. Better yet, invest in friendship-specific business cards with a rainbow and unicorn on the front cover. Boom. You’re one step away from making friends.

The first date: I get nervous. I don’t know why, but I do. It’s like going on a first date with someone and signing a business contract of trust, happiness, and eternal growth together. But like, it’s totally normal and fine and chill. BUT STILL. One thing that’s really important is to make sure this isn’t lumped into a group date. You need one-on-one time so you can get to know the person you’re trying to befriend on a personal level. Remember: this is the aggressive, non-twelve-step program to friendship. There isn’t any time for group dates. You’re on a mission.

Friendship date spot: The best neighbourhood to take new friends on dates is Roncesvalles. It’s friendly, full of kids, and gives off the innocent friendship vibes (as opposed to the exploitive Yorkville friendship vibe). The trick is to choose a date spot that offers snacks. New friendships grow from drink places with yummy heartfelt snacks, not three-course dinners. Three-course dinners are intense and feel like a date. Keep it casual and light, friendship is fluffy and weightless, not heavy and constipated.

The follow up: You’re in the most important stage of female friendship. The first date was magical, you shared some snacks and found out that you basically have the same birthday. It’s destiny. Now you need to take the initiative here and book the next date after a week and a half. You have the outline of their life after one date, and it’s important to remember details so you can follow up the next date and build a relationship. Just like that: Friendship is on. You’re on the highway to Friendship 99, and you have another interesting person to add to your circle of friends.

Isn’t it beautiful? Here you are. A young woman getting out there. Doing stuff. Talking about Beyoncé, hopes, dreams, and fears with other cool women. This is what new friendship is all about. It’s only a matter of time before you get to the juicy friendship part where you have inside jokes and run around the city like Mary-Kate and Ashley Olson. Which is the dream, obviously.

Making new friends takes time and effort. But it’s so beyond worth it, and when it happens, it’s beautiful and kind of intoxicating.