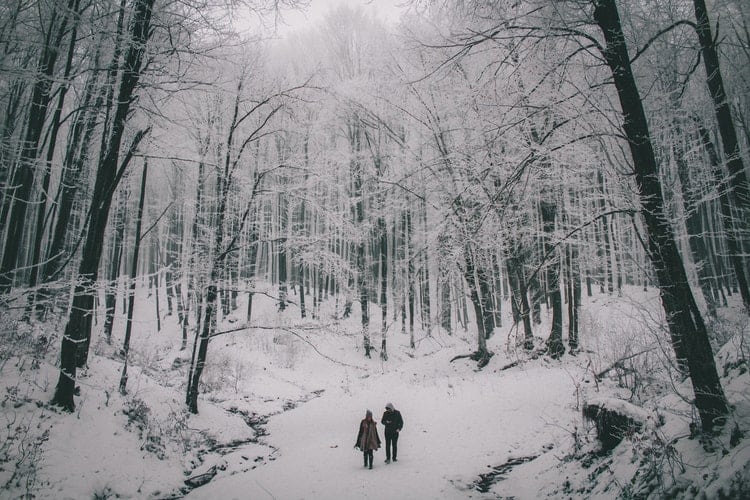 How To Radically Connect in 2019

Let me be honest with you. These days, I’m hungering for radical connection.

Allow me to explain.

Not too long ago, I paid a visit to an old friend under fairly dire circumstances. He was in the hospital, in a coma after a shocking motocross accident, and his family had reached out to his friends with very specific instructions:

“His doctor says that seeing familiar faces will help heal his brain,” they said. “He needs people to come by right now.”

I hadn’t seen this person in over fifteen years, but—weirdly—we had indeed “seen” each other on social media. We kept up with each other’s families, liked each other’s photos, and sent each other encouraging comments. Just three weeks prior, he and his family had suffered a tragedy almost equally unimaginable—a fire in their home—and I had left a note of condolence on Facebook. In the wake of it, I wanted he and his family to know I was thinking about them, and at the time, it felt like the right thing to do: to share some words, transmitted over the chasm of the Internet, but sincere words all the same. I wanted to show that I cared.

This, though…this was different.

My friend’s doctor couldn’t pull up social media and show him concerned messages from his friends and family, or even their pictures. What he needed for recovery was physical presence. A person’s voice, energy, their specific swirl of atoms: this was the stimulation his injured brain needed, the familiarity and comfort of those he had a real, offline relationship with.

So I packed my things, left work, and went. But walking into the hospital, I felt something strange: a gnawing sense of fear.

Was I going to impose?

Was this gesture too intimate?

True, his family had reached out. But after all this time, was this act too much?

I walked into the small hospital room, gave his wife a hug, and took in my friend, lying on his bed—peaceful, still. My visit was short, about five minutes all told, but it was a dose of presence, one of many he would receive over the next few days from the people that loved him.

I walked out of that hospital room thinking: “I wonder how many people felt the same way I did? That they were desperately needed yet a little afraid to go?”

Why is that? Why are we afraid to be vulnerable in each other’s presence?

I’m coming to the growing realization, as I’m sure many of you are, that our social media tools are no substitute for the real thing: in-the-flesh, face-to-face connection, which these days is getting more rare. It’s becoming more convenient than ever to never leave the house unless it’s absolutely necessary, which saves me time, and perhaps makes me more productive.

But at what cost?

This is the question I’m turning over in my head: Is there an inverse relationship between convenience and connection? It takes an investment of time and energy to put yourself in the physical presence of another human being, and to take the steps necessary to be vulnerable with them. We are getting more accustomed to tools, though, that save us the steps of time and energy and normalize the quick option: the concerned comment when we hear someone is sick, the sad-face emoji when someone goes through a breakup or a divorce.

But it takes more to make the phone call.

And it takes even more to go to the person, to look them in the eye, to breathe the air they breathe. There is something profoundly, intuitively healing about this.

And yet, it’s hard! I know, because I had to overcome that hurdle, making the journey from the hospital parking lot to my friend’s hospital room, which is why I’m calling this set of choices “radical connection.”

Enough hearts and likes. I’m ready for the real. Are you, too? If so, here are 5 simple ways to start creating radical connection in 2019.

…of people to call.

We all have those friends and family members that we know we should catch up with. Whoever they are, just start with three, and make the time to call them. Schedule a half hour in your calendar for each one, and do it.

I can’t tell you the number of people I know who say, “I hate it when people call me! Just text!” I’m the same way! But I think it’s because we’re out of practice. Text is great (and funny GIFs are especially great), but it feels good to hear someone’s voice. Re-establish that connection, awkward pauses and all.

2. RESPOND WITH YOUR VOICE

When someone’s in actual trouble, take it offline. Make the call (see step #1), or show up in person.

If you’re anything like me, it feels a lot, well, safer to send a text—“Hey, I heard what’s going on. Are you okay?” But truly carving out the emotional space for someone to use their voice or their presence is a gift. As Esther Perel says, it can be difficult to condense hard-to-express feelings into the prison of words…but the body is the mother tongue.

So I propose we make 2019 the year we start showing up with phone calls and visits. By giving someone else that outlet, to be heard and to be seen, you’ll notice how your relationships deepen.

3. ADVOCATE FOR WHAT YOU REALLY WANT

Forget playing it cool: say what you mean.

I recently had a friend confront me for not inviting her to a social event I helped host, and to be honest, it was the kind of party I wasn’t sure she’d be interested in. But I couldn’t be certain, and I didn’t ask her beforehand, so against my better judgement I left her off the invite list. When she later spoke to me about it, it caught me off-guard, but I walked away full of admiration for this woman.

When it comes to our feelings, how many times have we said the polite thing (or nothing at all) instead of the true thing? I’m not suggesting going around making demands for every little whim (“Valet service at the grocery store, NOW!”). But what I am saying is that social media makes it really easy to smooth over awkwardness, and I guess I’m ready to strengthen my assertive muscle. To give voice to the things that are important to me, and to take that little risk, even if it means a sideways glance or two. I’m ready to lean into that vulnerability, knowing that there’s acceptance on the other side, from the right people.

There’s a Brené Brown concept of “fitting in” versus belonging, and it’s connected to self-advocacy. “Fitting in is about assessing a situation and becoming who you need to be to be accepted. Belonging, on the other hand, doesn’t require us to change who we are; it requires us to be who we are.” Next time we’re tempted to play it cool, when our deeper truth is bubbling up, let’s pause instead. Let’s feel into what’s genuine, and let those truths shape our words.

As Part 2 to that story I shared above, of the cool woman who told me straight that she wanted to be invited to my party, it would have been easy for me to get defensive or ring off excuses as to why I didn’t send her an Evite. (And in truth, for most of my life, I probably would have had those reactions.)

But instead I listened and took a breath before responding This, my friends, takes practice. Activating regular mindfulness, the kind that comes with deep breathing and cultivating emotional awareness, is prep work for these moments. It’s important so that when we find ourselves in these more tense situations, we are prepared with a new set of instincts rather than defaulting to fight or flight.

This habit can start simple. Find a moment each day to breathe for four counts in, four counts out, and progress to whatever you want to do, like a meditation practice or yoga classes. But to “listen, breathe, respond” to others in the moment, you first have to breathe, listen, and respond to yourself. And do so on a regular basis.

Lastly, to make radical connection a priority, let’s do the thing: a cooking class, camping, wine night, whatever, with your special people.

I don’t know about you, but I know what it’s like to be all about that #hustle and feel…I don’t know, useless, if I’m not actively working toward a goal nearly every second of the day. But it’s so, so worth it to sacrifice some of that delicious productivity and DO something silly and totally not-productive instead, like watch Shark Tank with my favourite human beings.

In a world constantly demanding our attention, time is a precious resource, and it’s true for all of us. So once you start honing in on the relationships you’d like to deepen, do the thing. The coffee date, the lunch, the date, the couch cuddle session. This is the stuff of organic connections, the kind I am craving. Let’s intentionally put some of this time into people, and observe the sense of stability and security, the kind that arises from social connections, that follows.

Here’s to radical connection in 2019!

Andra Liemandt is the founder of The Kindness Campaign, a national non-profit devoted to research-based emotional intelligence and anti-bullying. TKC designs interactive SEL (social emotional learning) curriculum and programming for schools as well as the corporate space, with a focus on developing kind leaders and emotionally aware schools and workplaces. She is also the founder and drummer for The Mrs, a pop-rock band that has appeared on Good Morning America and The Queen Latifah Show. Their first music video, released in 2014 and featuring their signature “Magic Mirror,” currently has 5.4 million views on YouTube. To learn more about The Mrs and The Kindness Campaign, please visit themrs.com and tkckindness.org. Follow Andra at instagram.com/andraliemandt