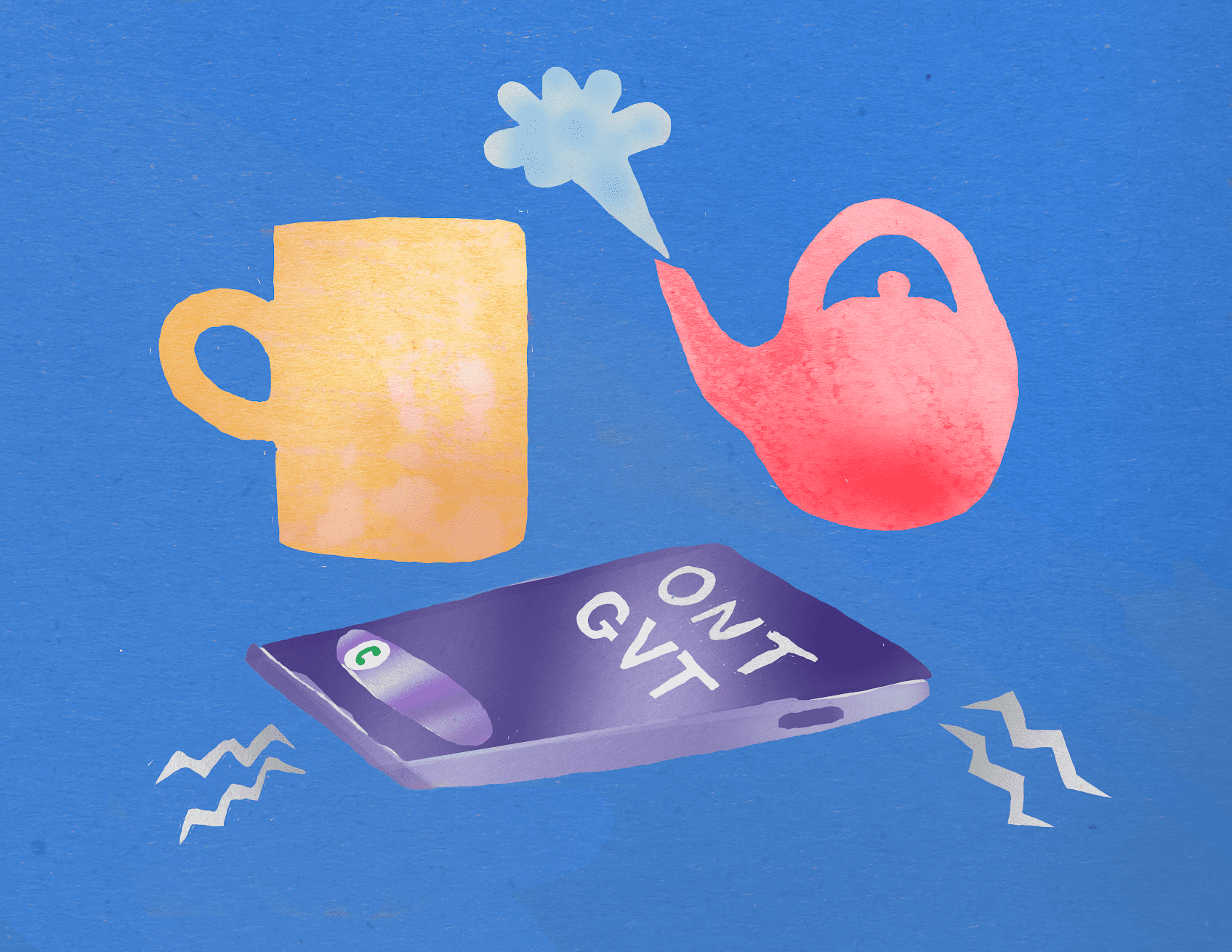 This morning I woke up to a phone call from the Ontario Government. I hit ignore. These days when I receive a call like this from “VICTIM SERVICES” or “ONT GVT” my heart still drops, but only a little. Forty minutes later I gather myself out of bed, put the kettle on to make a cup of coffee, and call the number back.

It’s been almost two years since my now ex-boyfriend—for the sake of this article let’s call him Chad—attacked me for the first time. In June 2018, during the subsequent weeks following Chad’s attack I turned to the police, afraid for my safety. They issued him a restraining order. He broke it. More than once. It took three visits to the police and physical proof in the form of a text message from him for the police to lay charges.

Chad was charged with criminal harassment. After initially evading arrest, the police put out a warrant. This seemed unbelievable to me at the time. It felt like a storyline from a childhood cartoon. Police notified his places of work and spots he frequented. I imagined a big old fashioned “WANTED” ad of him pinned up in all our old regular haunts. Eventually they found him and he was formally charged.

Cut back to this morning, water nearly boiled, and I’m on the phone with Chad’s parole officer. This is not the first time she and I have spoken.

The first time I received a call from her was back in January after I had appeared in court on behalf of the Crown to testify against Chad, because since the summer of 2018, Chad had been appealing his charge.

I went to law enforcement, desperate to never have to be near the person who abused me ever again, only to be asked by that same law enforcement to sit in a room across from that same person just to defend my right to be left alone. No one should have the right to be in your life just because they feel entitled to be.

I walked away from the courthouse in December, 2019 after he was found guilty of the charges of criminal harassment. It was over, I had “won.” I cried tears of relief. I was finally at the end of weeks of anxiety attacks, sleepless nights, and the demise of my current relationship, which I discovered could not withstand the stress that going to court for something like this would bring. It was over.

Christmas came and went, my current partner moved out and I made our old apartment into a new home. I was at my job as a grumpy bartender at a dingy sports bar on Queen West when I received my first call from Chad’s Parole officer. She had called to say hello, introduce herself, make sure I felt supported and let me know what to do if he ever contacted me again. It was a light feeling in an otherwise fairly grim corner of my life.

The second time his parole officer called me, however, the feeling wasn’t as good. “Chad is going to appeal the charge again,” she said.

“How is that even allowed?” was the only thing I could think to say.

She didn’t really have an answer for me. She told me I might have to go to court again, something that at that moment, I honestly wasn’t sure I’d be able to do.

That phone call took place around February of 2020. March of 2020 came around and I hadn’t heard anything more. I was packing my van to drive down to Austin, Texas to perform my music at SXSW. Goodbye shitty bar job, goodbye Toronto, goodbye to all my problems for maybe just a week or two. Then, of course, Covid-19 hit.

In April, at the beginning of lockdowns occurring around the world, the UN estimated that gender-based violence would increase by 45 million cases.

Now it’s July of 2020 and the water has boiled. I’m pouring coffee grinds into an AeroPress in my parents’ kitchen, because I can’t afford my rent in Toronto during a pandemic. I have been reminded constantly during these past few months how lucky I am for the safe spaces I’ve enjoyed during the lockdowns while watching, weak at the knees, as cases of gender-based violence rise every day around the world.

“Chad has appealed again and this time they dropped his charges.” The voice of his parole officer says, nearly sheepishly, on the other end of the line.

I try to keep it cool as I ask questions but she can hear it and I can feel it—my voice is shaking. I’m crying and I can’t help it. I’m so fucking tired.

“Even though he won’t technically be breaking parole now, if he ever tries to contact you or harasses you again, make sure you let the police know,” she says.

And I can’t help but think, What the fuck for? So they can tell him, “You leave that girl alone, or else!”

Chad’s parole officer’s best guess as to why they accepted the appeal was because the harassment “wasn’t that bad”. After all, all he did was text me, have a friend of his call me, and harass me in a bar, all while violating a restraining order. Not at all legal, but not “that bad” right? He didn’t break into my house, he didn’t attack me again, he didn’t kidnap me, he didn’t walk into my place of work with a butcher’s knife like Mirhashem Seyed-Fatemi did when he walked into a Starbucks in Vancouver in 2000 to attack his ex-wife, only to stab her manager, Tony McNaughton to death when Tony stepped in her place to save her; a story I remember hearing from when I was only five years old growing up in Victoria, BC.

Why is it that we insist on violence against women getting “that bad” before we deem it unacceptable? What good is a restraining order if its consequences only kick in if you manage to attack your victim again?

I read an article earlier this week entitled, “Why do men rape?” And the conclusion of the article was, ultimately, they rape because they think they can get away with it. If a boy grows up watching someone like Brock Turner, who had every shred of evidence against him for raping a woman behind a dumpster, receive a meagre slap on the wrist in the form of a six month sentence, why whould that boy think that raping has consequences? That any kind of violence against women has consequences?

It was only yesterday evening that my parents and I huddled around my iPhone at the kitchen island watching in awe as Alexandria Ocasio-Cortez stood up for herself, and all women in the United States House chamber, after representative Yoho called her a “fucking bitch”. I couldn’t help but think, how is this still news? How is it still groundbreaking and revolutionary for a woman to stand up and say this is violence, and violence is unacceptable?

It is glaringly obvious that our current system is built ultimately, and perhaps only, to protect one person—a white man. Until we dismantle this system, none of us are safe, least of all black people, indigenous people, trans people, queer people, people of colour, and women. People whom white men have built their power upon oppressing. During this summer, in response to public outcries to defund the police, some countered, “But who will protect us? Who will we call when we are in danger?”

I’ve been in danger and I’ve learned it sure as hell won’t be the police or our justice system who protect me. This system wasn’t made for me, and it wasn’t made for so many others whose lives are so important.

It will not be until we dismantle this system that we will be able to take on a white man and win.