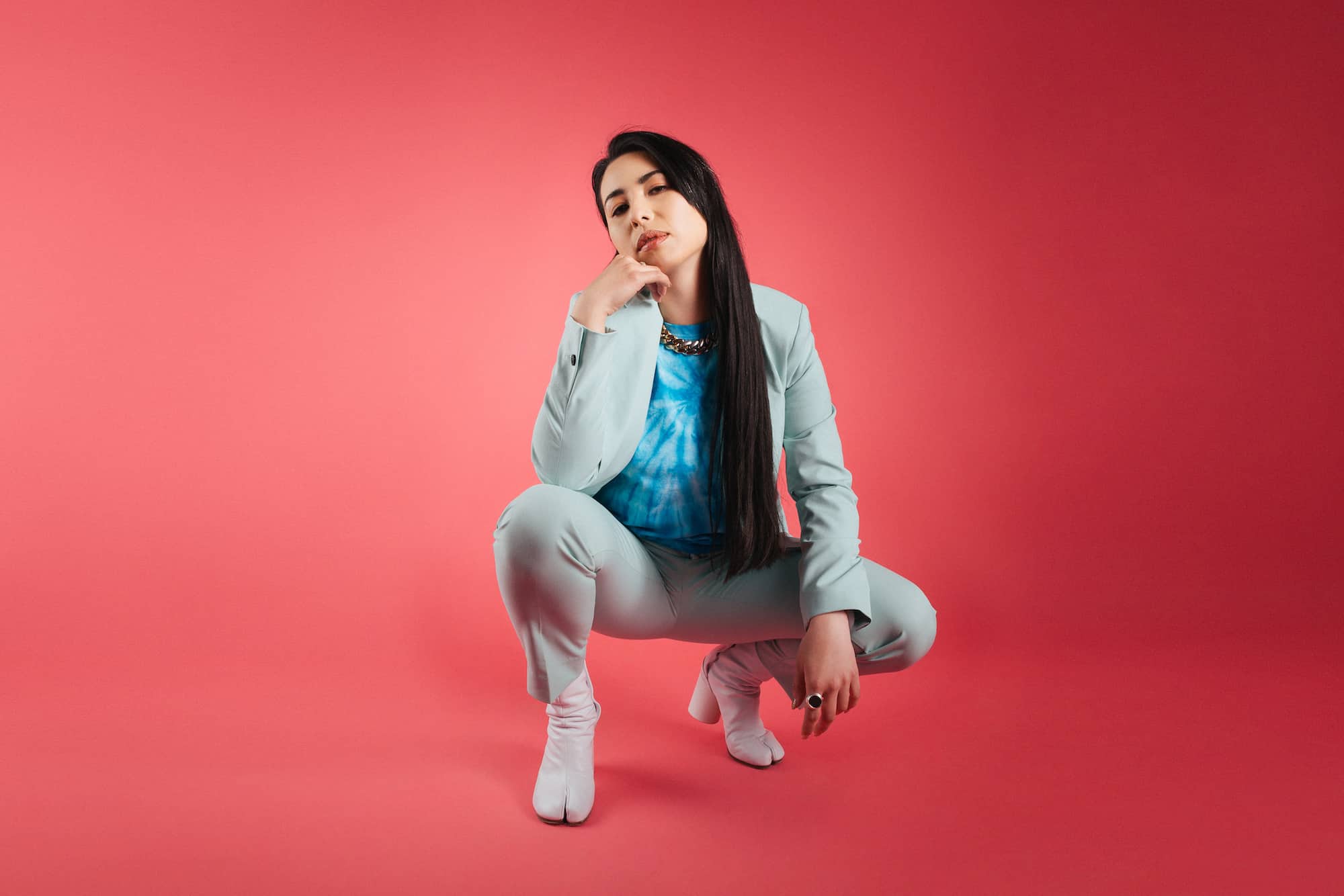 A combo of lush, lo-fi future beats with rap braggadocio, it tells of Li’s journey as a second-generation Chinese-Canadian woman. And her single “Since U Been,” Li grapples with the struggles of an immigrant mother, from unspoken frustrations about exclusion, to the unrelenting, high expectations of motherhood. “This song is incredibly important to me because I have spent the last few years in a cycle trying to understand and heal the ancestral trauma I have inherited from the women that came before me,” explains Li.

We asked her about her life and work this week.

SDTC: What was going on in your life as you were writing Dynasty?

HL: My maternal grandfather passed away the summer that I decided to turn a handful of songs I had written into the beginnings of the album. Those songs were mostly about failed love affairs I had personally experienced, but as I grieved and processed this familial loss, I realized that the stories I was telling were so closely tied to the experiences of my mother, aunt and grandmother. Are we doomed to experience heartbreak because of our ancestral ties? As a whole, Dynasty ended up being a narrative about my family, and growing up and inheriting two cultures. I pay homage to my Chinese ancestry while celebrating my upbringing that was so informed by Western media and popular culture.

What has had the biggest influence on your music?

I am indebted to two musical traditions that were created and articulated by Black musicians: jazz and hip hop. I don’t believe I would have the tools or framework to articulate my particular stories as a queer, Chinese-Canadian woman if it wasn’t for the beautiful, heartrending expressions of sorrow, survival and joy that Black musicians made in these genres. They gave me a scope to understand what it meant to be othered in North America, and without these beautiful musical traditions that I am grateful to be a guest participant in, I’m not sure I would have such a cohesive understanding of the different parts of my identity today.

I’ve been working hard this past year on learning what a work-life balance looks like for an artist, and I’ve learned that I am at my happiest when I take deliberate time away from creating music and hustling it to chill with my friends and rest and recharge.

In high school, I played in a ska band called Combat Wombat and my signature move was skanking in the crowd while playing my saxophone. Honestly, it’s such a relief to finally get this embarrassing fact off my chest!

What book have you really connected with recently?

I recently did a master’s degree in musicology, and the entire time all I wanted to do was read a book that was not for school purposes. The first novel I read when I finished my thesis was Haruki Murakami’s 1Q84. So many of his novels have left huge impressions on me, but this one was really interesting because I felt like the cliffhangers at the end of each chapter had me binge reading like the book was a Netflix series.

Fake it ‘till you make it! What does that mean? Fake it how? I get investing resources into making an artist seem more polished and further along than they necessarily are, but I’m so skeptical of people who are all smoke and mirrors. I think I wasted a lot of time in my first years of Hua Li trying to fake it ‘till I made it. Eventually I decided to just be as transparent and authentic as possible and it’s been a much better experience both professionally and spiritually.

As a very not rich artist, I always appreciate some unexpected luxuriating. I love the energy of being in mega cities like Mexico City and Shanghai and I find nothing more relaxing than casually traipsing through a bustling urban centre, casually eating and drinking the finest all day long.

What is your fave quality in yourself? Least fave?

As a Sagittarius, I can be incredibly blunt. I love myself when I’m able to speak my truth with no filter. The other side of that coin is that at times I can come off insensitive and hurtful. I hate hurting the people I love! Even if it’s because they can’t take a joke!

Don’t be afraid to ask for what you want. Asking is the best way to receive.

In my early twenties, I left an abusive relationship. That in itself was a difficult process that took a lot of courage, but after, I also facilitated the escape for another woman who was in a relationship with the same abusive man I had been with. Looking back, I don’t know where I got the balls to pull that off.

I once put a rubber snake in my grandmother’s pocket as a prank. No one told me that she was deathly afraid of snakes and her reaction to discovering the rubber snake was over the top shock and rage. I felt terrible in the moment but with distance, even my grandmother thinks it was hilarious now.

I love collecting Hello Kitty anything, but the Hello Kitty toaster is pretty high on my list of totally frivolous things I would love to have.

Sleeping and eating are both number one. I love pushing through hectic days on little sleep, frantically running around and having hectic tiny meals in the ten minutes I have between meetings, but I’m learning that this is completely unsustainable and makes me kinda miserable. I’m actually way better and frantically running around if I take time to sit down and eat at a time when people have meals and go to sleep at night. Just the basics! I also started keeping a gratitude journal at the beginning of the year and it’s been so wonderful in times of stress to flip through this document of all the good things in my life.

Which issue do you wish people took more seriously?

How can I choose? Oppression is interlocking and it’s so hard to pinpoint one things for people to take more seriously. I care deeply about racial politics, but I know that we can’t separate conversations about race from conversations around class, or climate change, or patriarchy. I guess what I wish people took more seriously was the idea that all of these things effect each other, so we can’t work on one issue without thought to the others.

I have a couple crew-neck sweatshirts that are very high in rotation. One is grey and has Chinese written across the front, but in the font and styling of the Champion logo. The other is a black sweatshirt that is a Ghostbusters, Wu-Tang Clan mash up, where the Ghostbusters-logo-ghost is flashing the universal Wu-Tang hand symbol.

Who has surprised you lately, and how?

I’m stubbornly independent at times and I suck at asking for help. Recently I went through a pretty intense and lengthy illness and I was floored at how unbelievably willing my friends were to come over and care for me when I was at my worst. I know it shouldn’t be a surprise that my friends love me, but I think it was really meaningful for me to reach a point of asking for help and discovering how easily I could get it.

When you look back on your life, are you at where you thought you’d be by now?

I’ve had so many dreams for myself, and I can’t say I’m exactly where I thought I’d be by the end of my twenties. That said, lately more than ever I feel like I’m living my dream. Montreal is such an amazing place to call home and I’m happy to be planting more and more roots here every year that passes. I am surrounded by inspiring artists and a loving community. I’m making a living from music! I realized my childhood dream of having a dog! I’m releasing a record on vinyl! Life is beautiful!

I hate to be boring and self-obsessed, but with my debut full length coming out September 20, my attention is entirely on ME! MY CAREER! GETTING MY ALBUM HEARD BY EVERYONE! Beyond that, I pay a heck of a lot of attention to my perfect little grey Shih Tzu, Edna. If you love cute dogs, you can find her on insta at @shihtzuedna.